Who's Spying on Whom?

Wednesday evening I attended the second meeting of the birding club started by Jonah, age 11.  We met at the Tern Lake picnic area for a field trip, and we had a grand time.   Jonah is our local bird expert.   I've tried to stump him a few times with an unusual bird, but he was always way ahead of me.   Jonah can also identify each bird by its sound, and mimic it.

His mom held her hand out at about the three foot level, indicating how high Jonah's stack of bird books would be if he piled them up.  "And they're reference books, not kids' books."   He was three when he first expressed his interest in birds.

Jonah was carrying a DSLR camera with a fantastic lens.   "Wow, Jonah," I said, "there's your first year's college tuition right there."  The camera was a gift from his grandfather.

He also got a great shot of a yellow warbler that was flitting around and not holding still.  Tough to do.  I could not.


The highlight was the Saw-whet Owl's nest. 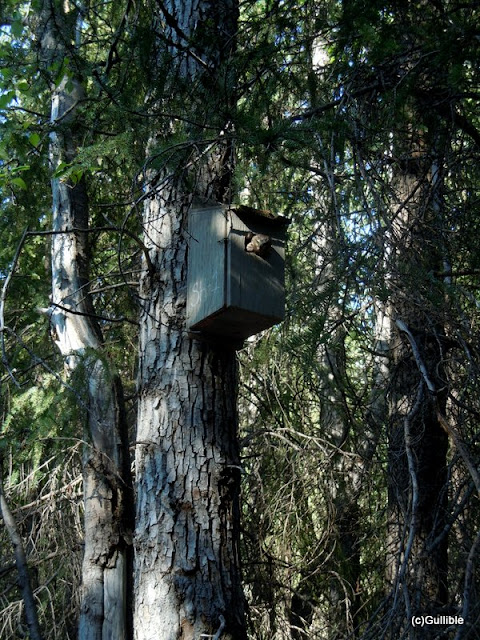 We spied on the obliging owl for a bit, then wandered the trails looking for more birds.  Yellow Warblers showed up, and at the lake, Mew Gulls and Arctic Terns were flying around.  Yellow-legged Sandpipers passed by and disappeared in the floating vegetation on the lake.


My very thoughtful neighbor Miles brought two kayaks and escorted first Jonah and then Hanna onto the lake to see the birds close up. 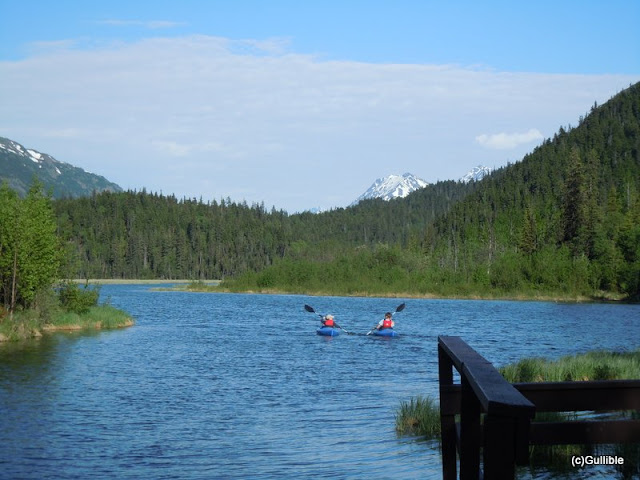 While Miles watched over the youngsters on the lake, I had a chat with fellow litter-picker Sam from Seward.   He's been tending a stretch of highway just out of Seward for many, many years.  We swapped litter stories and techniques.

Sam picks up litter while riding a four-wheeler (ATV) with a garbage can on its cargo deck.   He said he's put 2500 miles on it since he started picking up litter, and asked me how many miles I've put on my truck.  I hadn't a clue, because I do only a mile a day.   My farthest point away from home is 40 miles.

But, back to birding.

Another neighbor, Rose, read off her list of birds spotted recently.   Most of them were in her yard, some here at Tern Lake, and another at Kenai Lake. 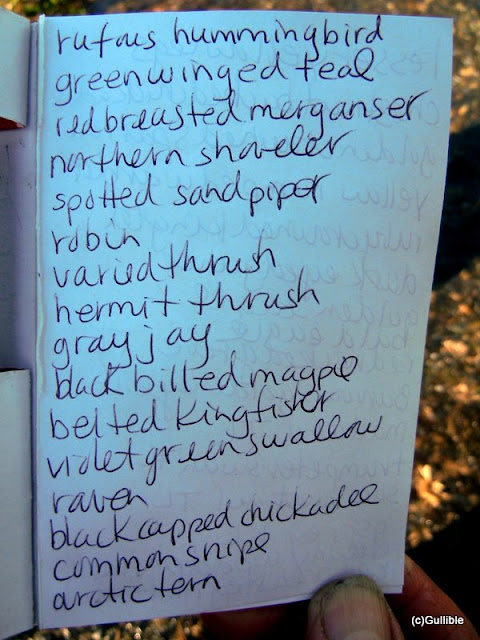 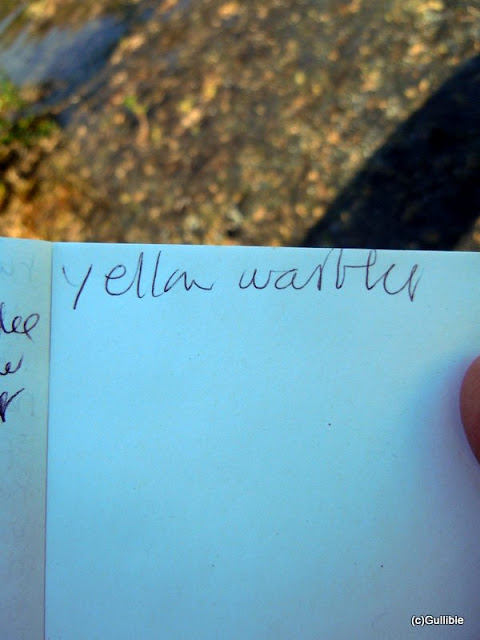 On the way home, I stopped to check on the Red Necked Grebe.  I understand when the ducklings hatch they climb up on mama's back.   I would love to see that. 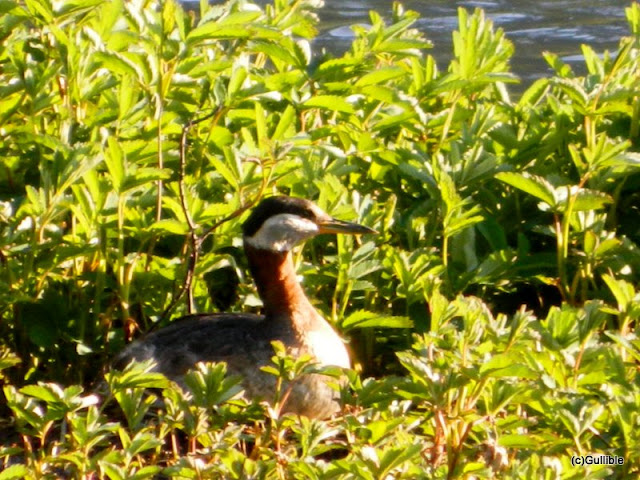 Looks like all is fine.   The three-year-old brown bear hasn't found her yet.   Miles' mom chased it off the highway near the lake at noon, and that evening his dad had to slam on his brakes to avoid hitting it in his driveway.   Mom says it acts like it doesn't know what to do.   It's on its own for the first time.


As to spying on the birds,  who's spying on whom? 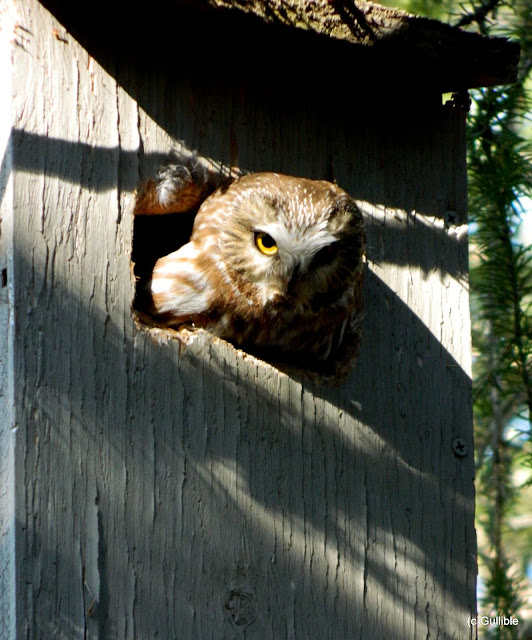