It's a dangerous business, Frodo, going out of your door. You step into the road, and if you don't keep your feet, there is no knowing where you might be swept off to. - Bilbo Baggins

India is a crowd, if I may paraphrase the opening sentence of India, A Million Mutinies Now by V.S. Naipaul.  In his version of that declarative sentence, he referred specifically to Bombay (Mumbai). With 1.2 billion people, India is rapidly approaching China’s enormous population of 1.3 billion and counting.


China encompasses 3.7 million square miles if we include its occupied territory of Tibet, while India’s population is squashed within its 1.2 million square miles, a third the area.  None of the villages, towns, or cities we visited along the Hooghli/Ganges is considered significant enough to be identified on the map given to us by Vantage tours, yet one had 40,000 people living there and another had more than 400,000.

But let me paraphrase Naipaul again:   Murshidabad is a crowd!

For the first time in this Ganges discovery voyage, we are to disembark on a proper dock without need of being ferried to shore by the country boat.  There is a problem, though, and a half dozen men confer about how to solve it. 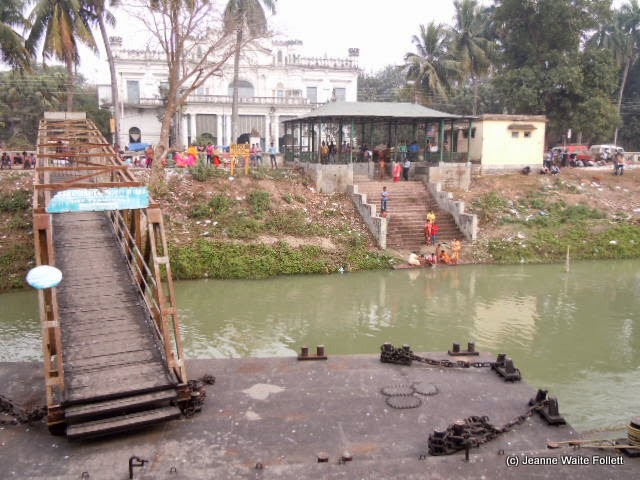 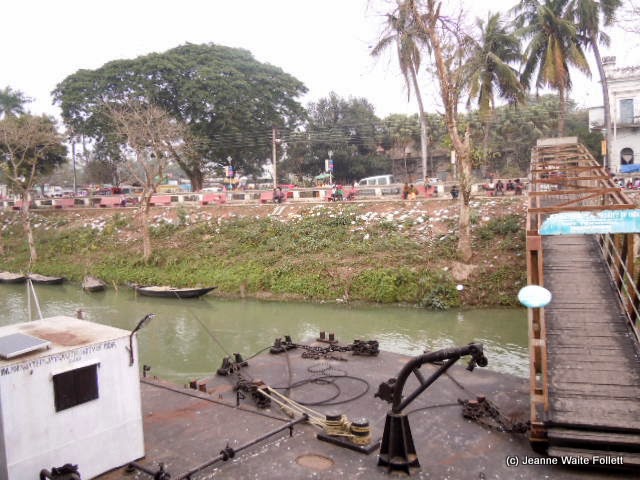 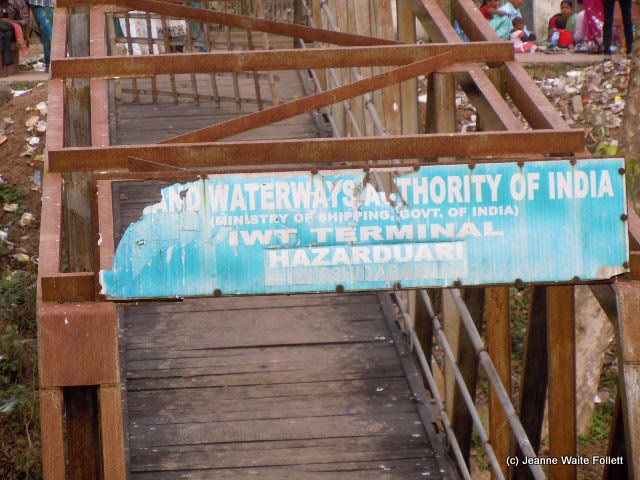 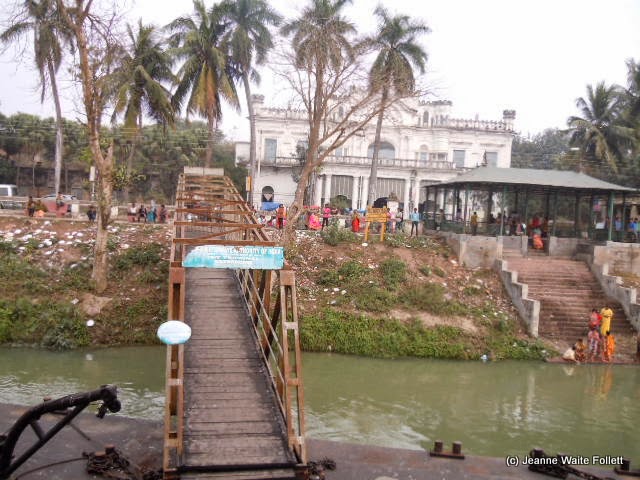 During their time of consternation, I survey the scene on shore, accompanied by music from a loudspeaker that rightfully is called a “loud-“speaker. 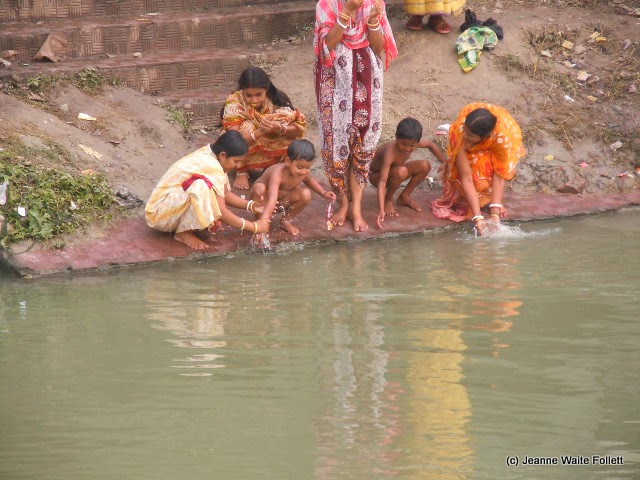 My attention turns to a row of pink benches that line the waterfront.   On the first bench are a man and woman. 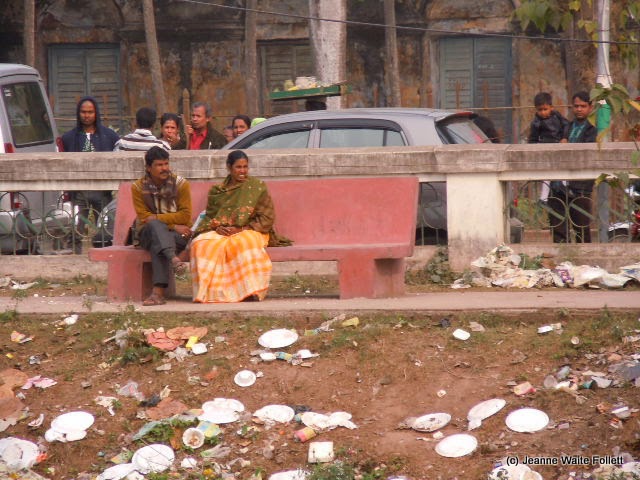 The second bench has three men. 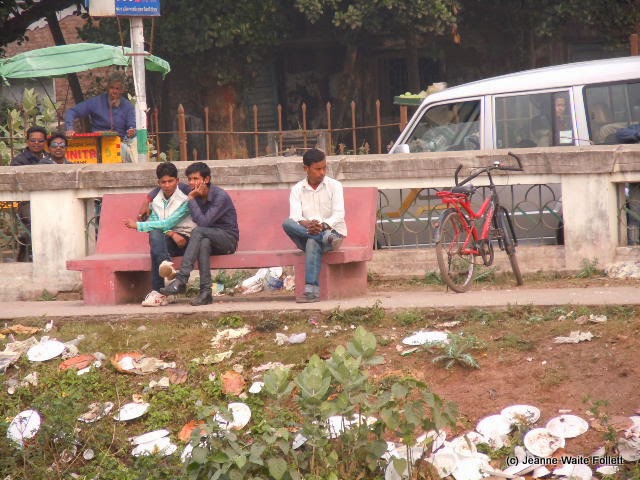 Stepping from the ship to the dock is a problem quickly solved with a two-step stairs, but the bigger problem is a rather large step down from the floating dock to the ramp leading up to the top of the river bank.  The consternation goes on for some time beneath my balcony, all of which I am enjoying immensely.  Another two-step stairs is fetched from somewhere off stage, and seemingly the problem is solved.
Until the first tourist steps off the ship, that is.   The first two-stepper is fine; the second two-stepper, not so much.  It seems the plywood of the top step extends beyond the framework on one side, making the whole thing rather inclined to fall off on the cantilevered side.   A dock man solves that by pointing where we are to step and placing his foot on the forbidden, cantilevered side.  (That ankle/neck breaker has disappeared by the time we return.  Instead we simply use a round davit as a step stool.)

Then it’s a simple half-giant step up onto the ramp itself and we pass into a loud and colorful chaos.  These are holidays, explains Asif, and many India tourists come for a few days.

The narrow riverbank road is lined on both sides with bazaar stalls, all a riot of flamboyant colors and strange products, through which pass men, women, children, goats, bicycles, rickshaw both manual and gas-powered, pony carriages, and all manner of vehicles large and small (all of which are beeping their horns).  Our guides are kept busy gently ushering us out of the way of whatever has the right of way over pedestrians and that appears to be everything. 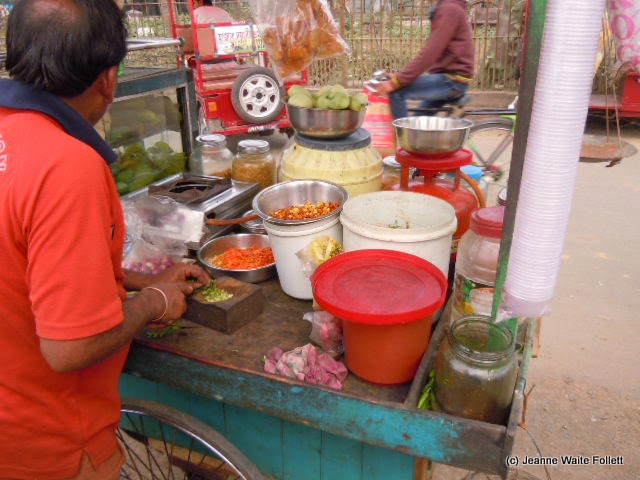 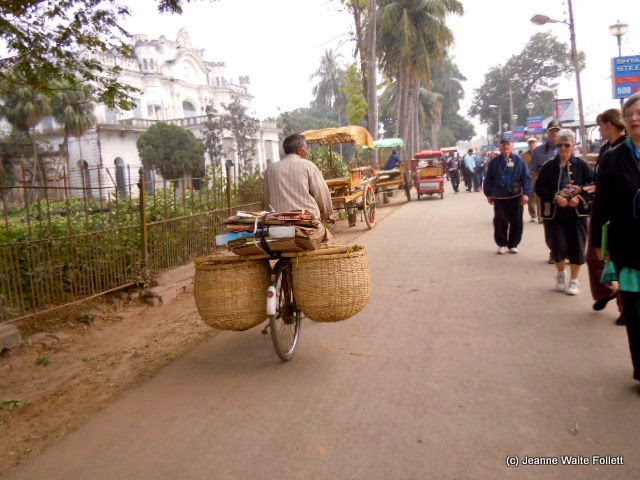 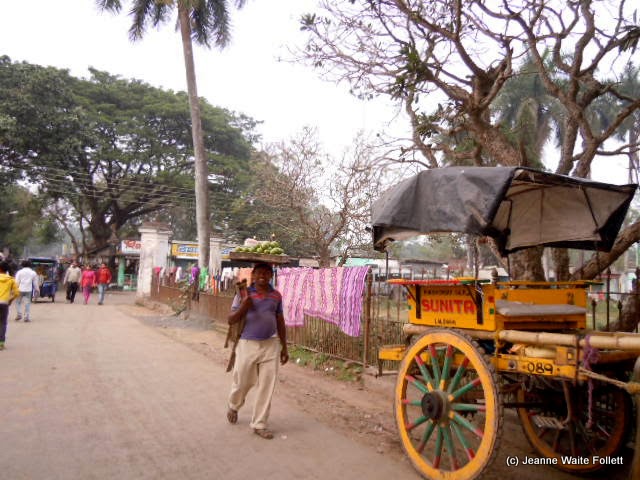 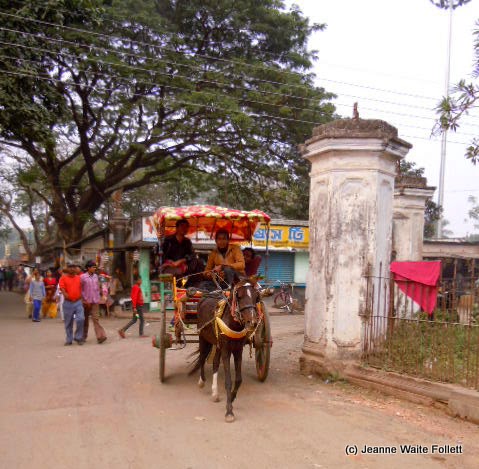 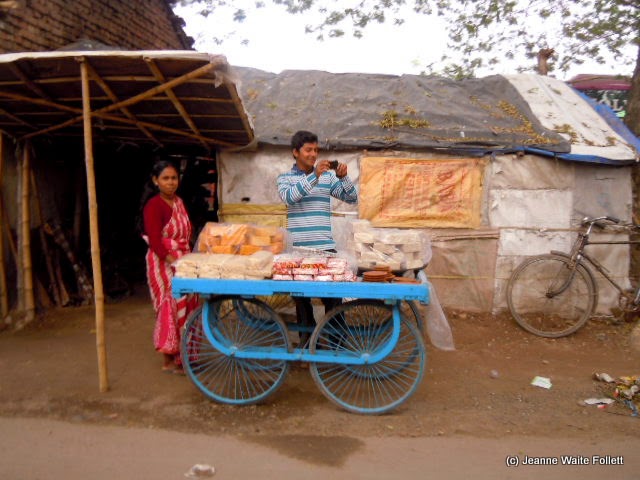 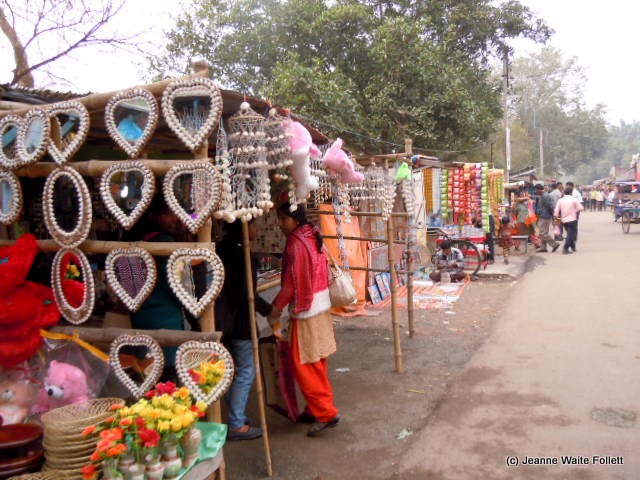 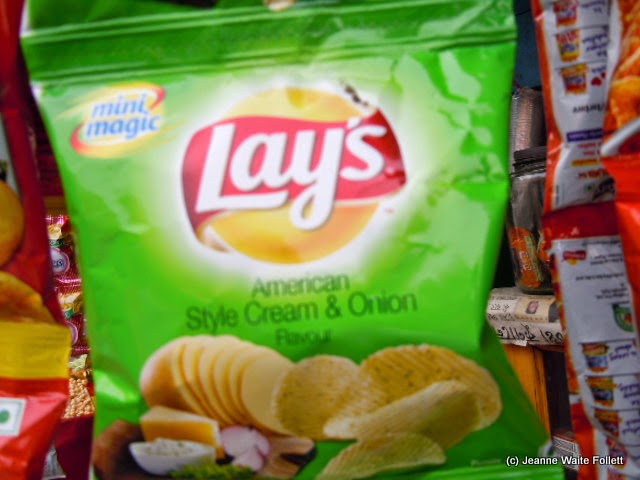 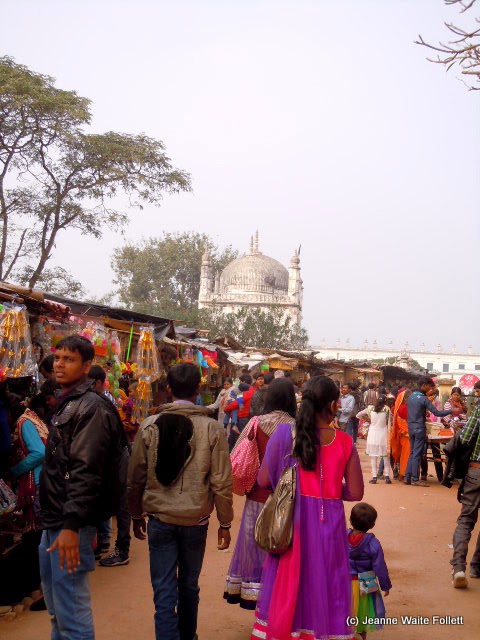 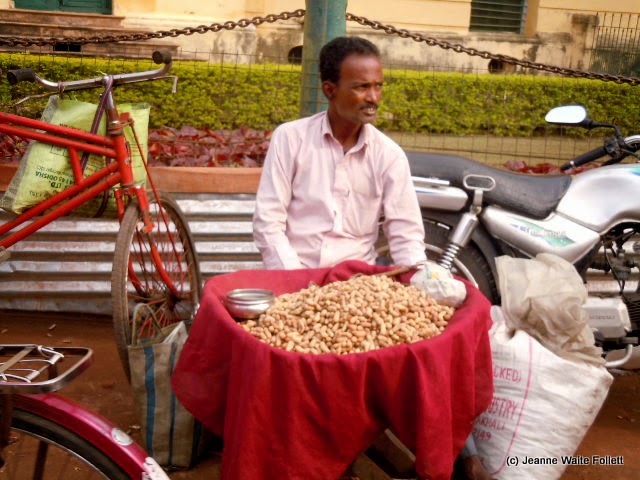 The people here are much more open about their curiosity, often coming right up to us to stare.  If we smile and wave, though, we are met with smiles and waves.

The attention increases as we reach the grounds of the former British Colonial palace and, across the greens, the longest imambara (also known as a madrasa—a Muslim religious school) in India.

Swarms of Indians surge towards the Hazarduari Palace, which is now a museum, as we wait for all our group to escape the bazaar and assemble on the grass.  The palace was built and designed under the supervision of British Colonel Duncan MacLeod of the Bengal Corps of Engineers.   Construction began in 1829 and was completed in 1839.  It was used as a residence for high British officers.

I sit on a bench and am immediately accosted by a hawker asking 100 rupees (about $2) for a packet of postcards.   I say no.  He says 100 rupees and places the packet in my lap.   I give it back; he replaces it.   This exchange is repeated several times before I stand up and retreat to Asif, where I ask him to please tell the hawker I do not want to buy the postcards.  That works.

At least the chai vendor takes no for an answer and walks away.

After that, I am accosted by more pleasant people who want to take my picture and have their picture taken with me.   There are so many of them that fellow traveler Linda says, "You were the feature attraction."  I take note of that.   It did seem that way, and I wonder why. 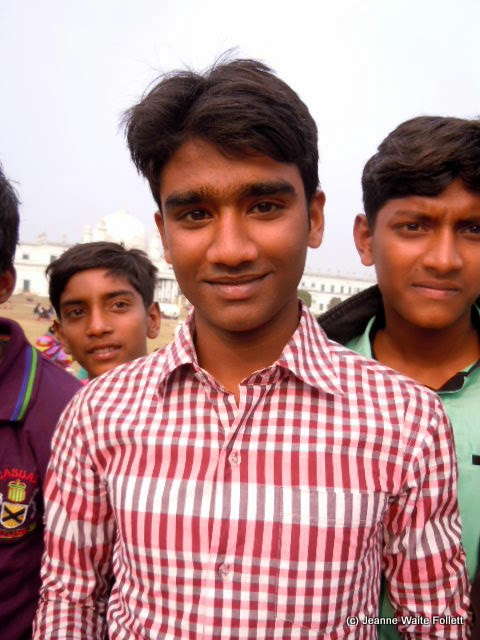 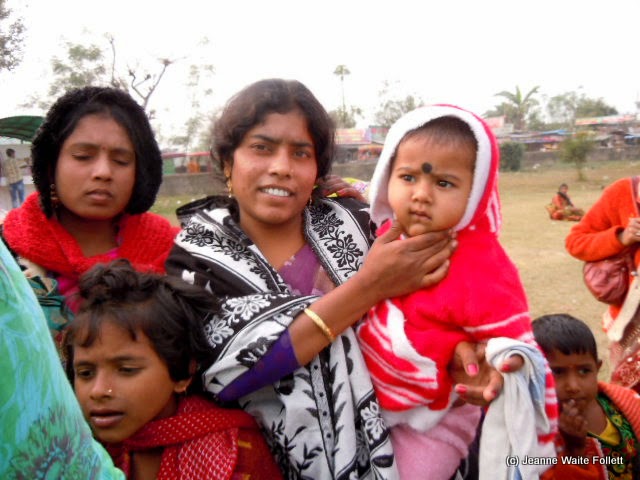 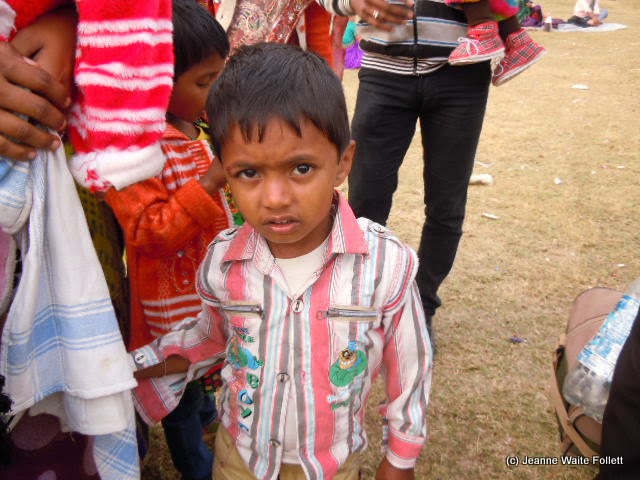 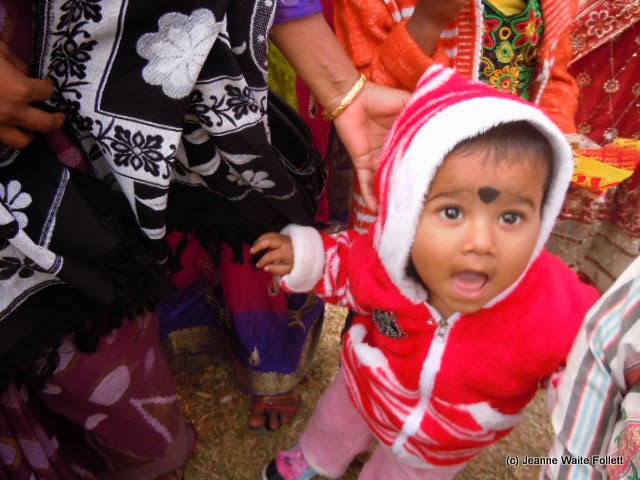 We leave our cameras and cell phones with a ship crewman as the items are not allowed in the museum,  and join the swarming masses.  There are close but separate entrances for men and women and a security check. 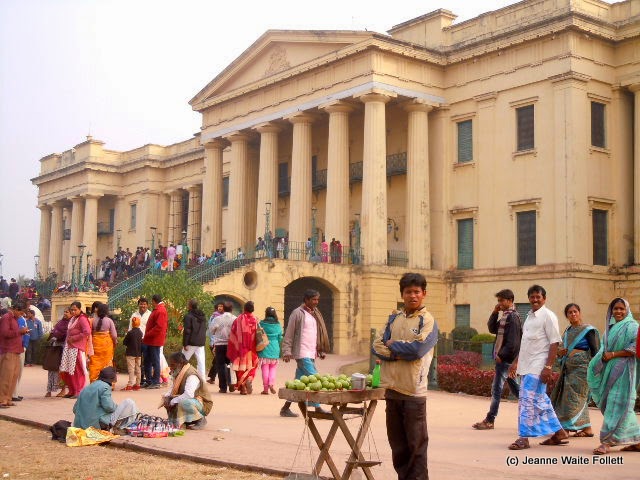 The first floor is lined with displays of weapons, the second with art (including a Van Dyke).   There are 20 galleries in this museum and I have nowhere near enough time to peruse even a few of them.  There is a crush of people in the museum.  I often step aside and let a large group pass and as a result, I quickly lose track of my group.  I'm not claustrophobic, but I don't do well in masses of people.

Eventually, I escape the museum crush and head right for my camera, where I am swarmed again, not by the hawkers, but by the people.  Westerners gawk from a distance; Indians are so close they could put their arm around your shoulder as they gawk, but they are polite   They maneuver to take photos of us quite openly and delight in us taking photos of them and showing the results.   They return the favor. 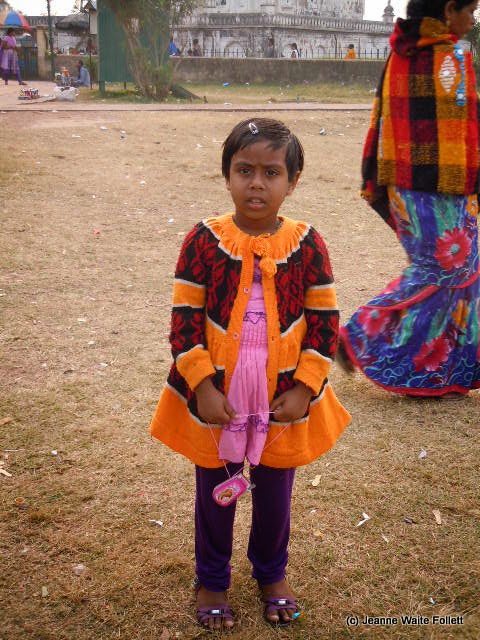 Soon they are motioning for photos—both to have them with us and for us to take theirs.  The smallest children stare in wonder, perhaps tinged with a bit of fear, when I show them their photos.
I see a young man starting to take a discreet photo of his friend positioned with Westerners behind him.   I photo-bomb the scene and the photographer smiles and wants his photo taken with me.   Soon we have our arms around each other, posing for photos.

For the first time, I understand how it feels to be a curiosity, and though I try to be courteous and ask for permission before taking a photo, I vow to be even more considerate.

Or sneakier.  Whatever works. 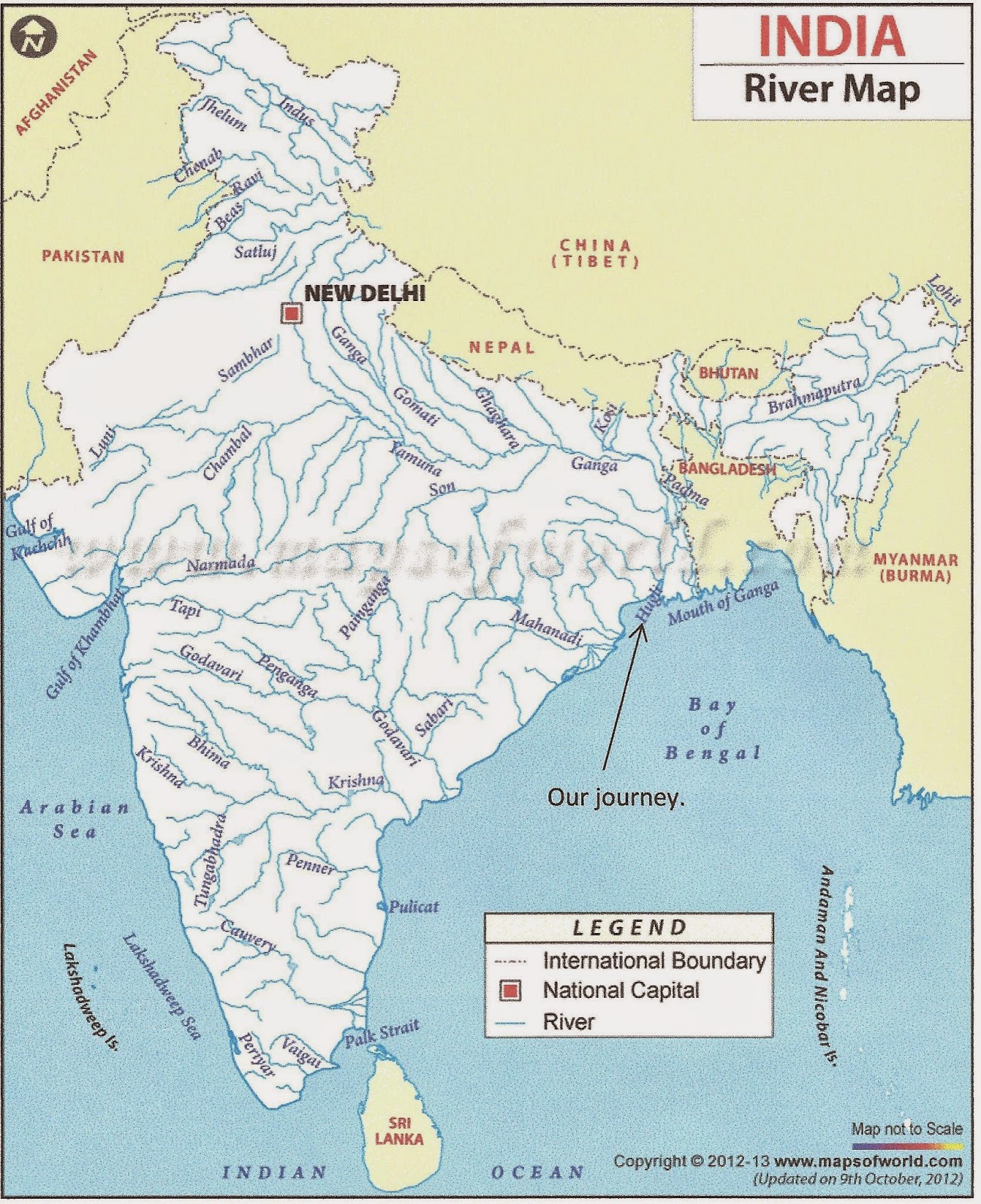 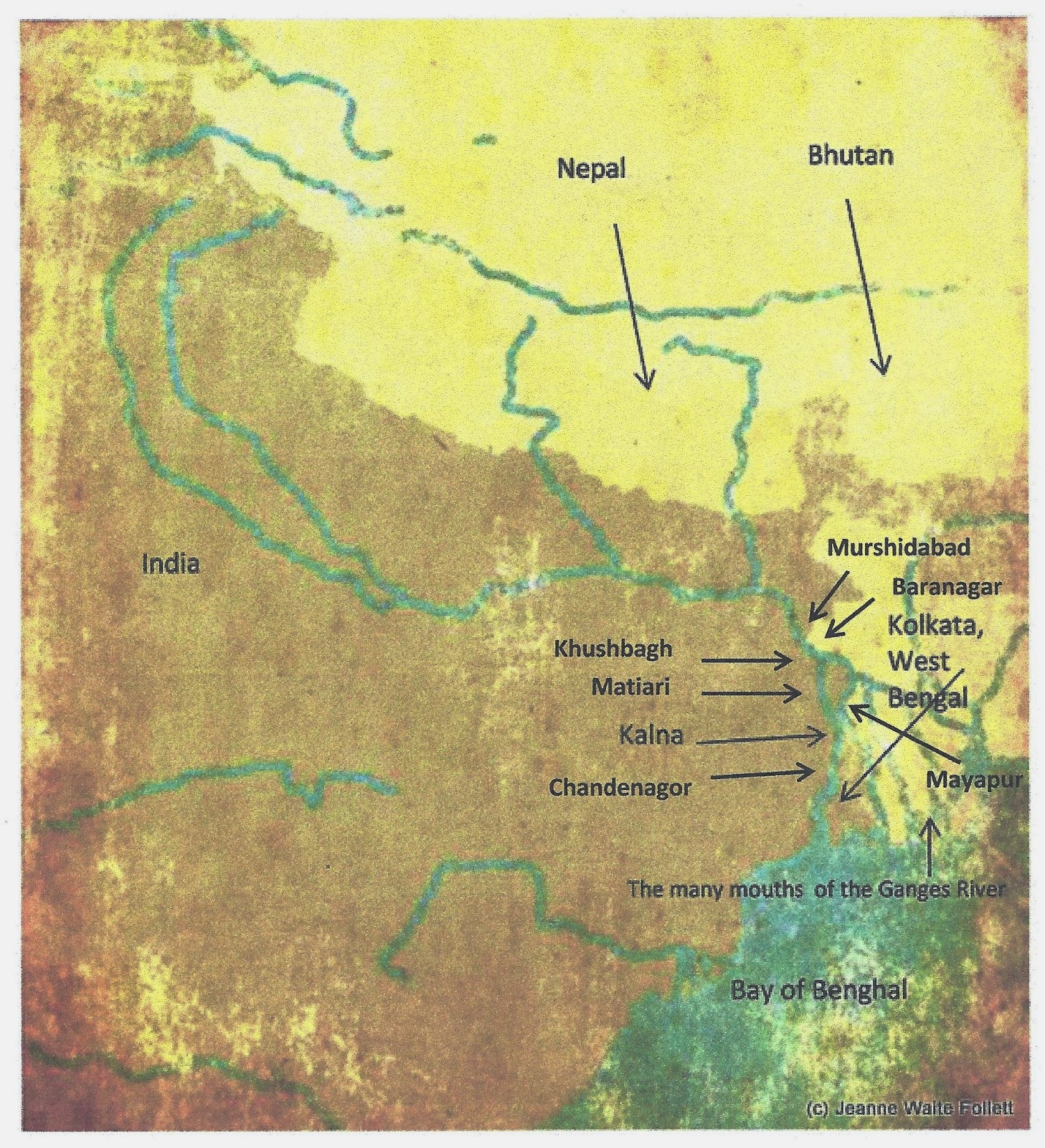