The India Journals, Ch. 18, The Puppy at the Palace

When I lived in Mumbai, this one dog would walk me home every night .—Anon

Our escape from the Hazarduari museum as an intact group is successful and after all the photographing with the folks on the lawn, Asif leads us through the gardens to a quiet corner where we exit the palace grounds.

On the way to the exit, I see a sorrowful sight.   A small, white puppy with black spots staggers along with the bowlegged walk of the very young.   It is terribly skinny and apparently on its own at what I guess to be four or five weeks old, though I know a lack of proper food can skew that appearance.

I stop and watch for a minute.   I have nothing in my purple bag to feed it and, knowing I cannot take it with me, hope it will reach the hordes of people at the palace where someone might give the puppy something edible.  It’s a difficult sight to put out of mind and I don’t photograph the puppy.  I don’t want a constant reminder of it, but the image in my mind is indelible.

I know there are hundreds of thousands of children across this country in need, but there are adults who can help them, or they learn to live by their own wiles.  Can a puppy this young?   I don’t think so.

Yet, there are millions of these dogs across India, many truly feral and many free-roaming pets.   It doesn’t take too long before the visitor notices the dogs all seem to be kin, and there is a lot of in-breeding.   Most seem to be descended from an ancient breed called Pariah, though the term now is used for any mongrel resembling the Pariah.   It is also thought to be the ancestors of the Australian dingo. 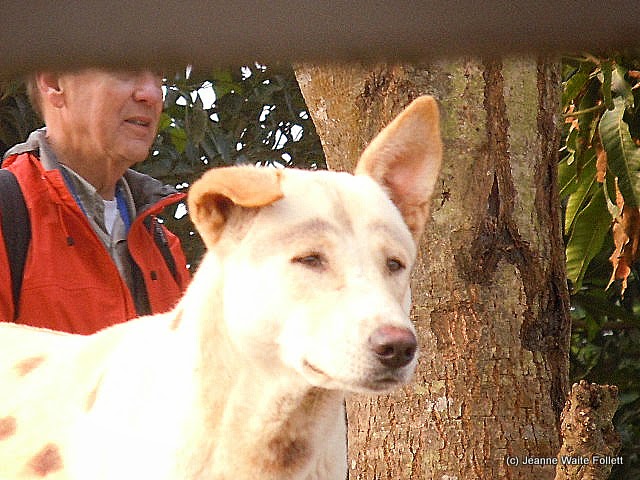 The street dogs seem to find plenty to eat in the mounds of exposed garbage and they have evolved to be quite sturdy.   However, India has one of the highest rates in the world of human deaths caused by bites from rabid dogs.   Many cities have programs to sterilize, vaccinate, and put these dogs up for adoption.   Once habituated, they often make wonderful pets and excellent watch dogs.


There is also a program to train these dogs as light-duty service dogs.  Some police agencies are experimenting with training them as police dogs and guard dogs. 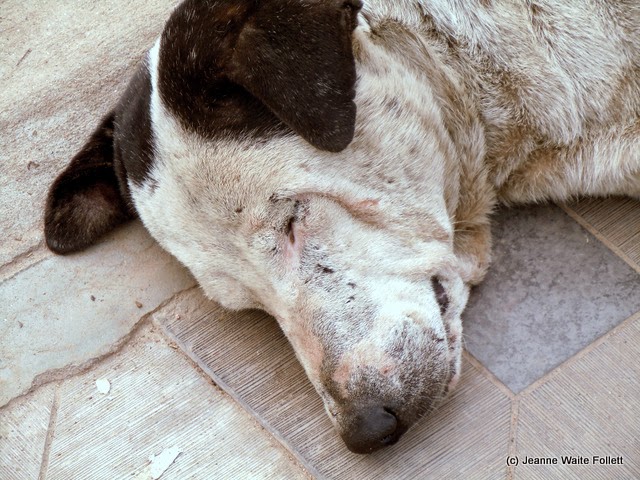 There have been programs to euthanize  street dogs, though Hindus object to killing anything.   Many of the free-roaming dogs are “neighborhood” dogs in the slums, cared for by people in that particular area,  or they belong to street people.   Many dogs voluntarily accompany people walking late at night, protecting them, especially is that person is from their "territorial area."

It is easy to spot female dogs as they shows obvious signs of having whelped and nursed numerous litters.

In addition, many people voluntarily engage in vaccinating programs and giving health care to needy dogs. 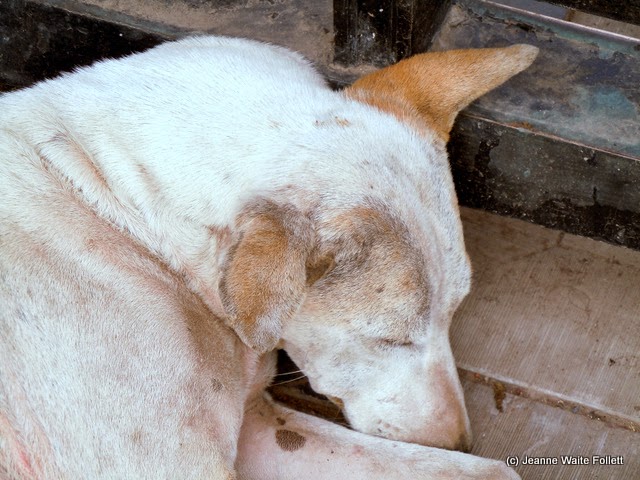 The dogs I see appear to be gentle and polite.   They are not obnoxious beggars.   I have seen them sit several feet away and wait, hopefully but patiently, when someone is eating.

On this day, I fear for one puppy among millions.  I swallow, and walk away from the tiny puppy. 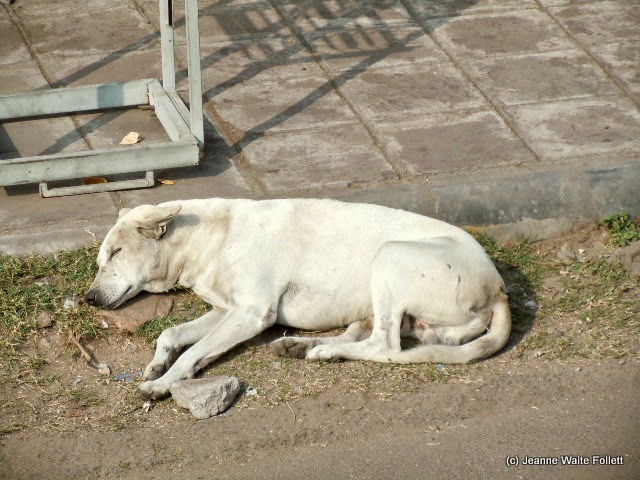 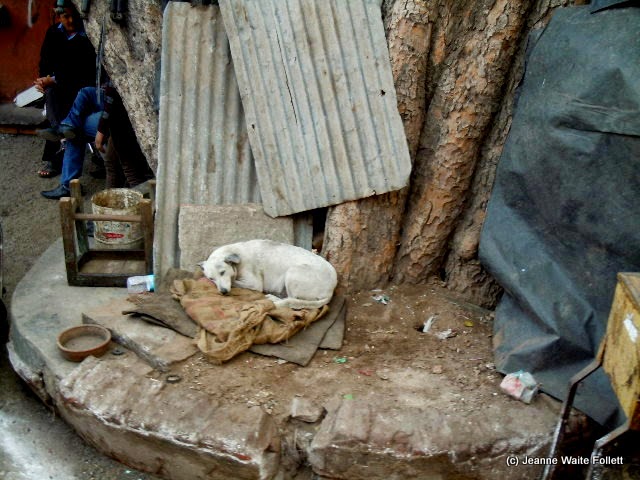 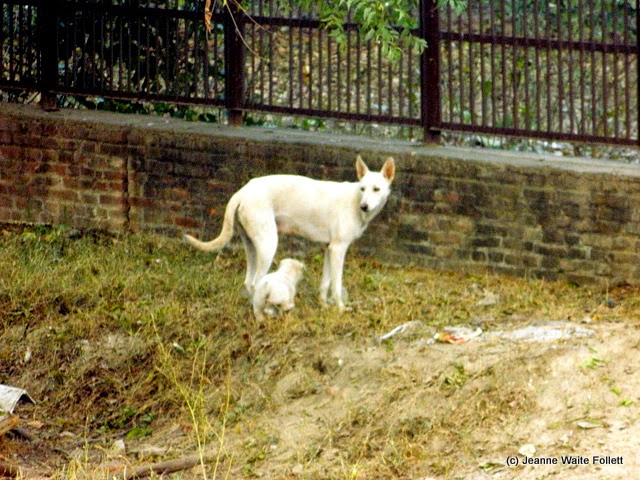 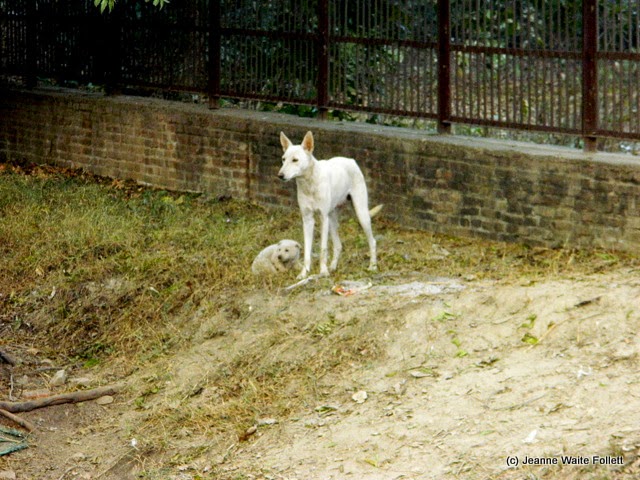 Not my photo below.   The Pariah dog. 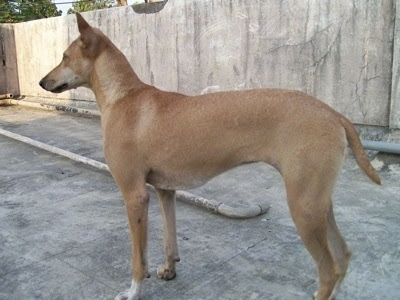