The Fur and Feathers Journals, Ch. 1,


This is what I know about photography:

1.       Point and shoot cameras are just fine, except the photos aren’t real sharp.

2.      With a Digital Single Lens Reflex (DSLR) camera, set the camera on “A” for automatic.        Depress the shutter release half way to focus.   Fully depress the same button to take the photo.

4.       Tripods have three legs and the camera goes on top.  Other than that, diddly squat.

6.      When composing a photo, don’t let the horizon cut the photo in half.  There’s also that thing about thirds.

7.      You can “fix” photos in a photo editing program, like straightening the horizon.   A touch of  shadow give depth to the photo, and “sharpen” cleans up the edges of objects.  Other than that, diddly squat.

8.      Copying to file from Picasa results in some softening or blurring of the image.  Not nice.


So what the heck was I thinking when I signed up for a bear and puffin photo tour with professional photographer Ron Niebrugge of Seward?  I wasn’t, obviously.

I just wanted to go across Cook Inlet to one of the places where real photographers take phenomenal pictures of brown bears, so when Ron posted a notice on Facebook that an opening had occurred in his August tour when a participant broke an ankle and had to cancel, I jumped on it.   His tours usually are full years in advance. 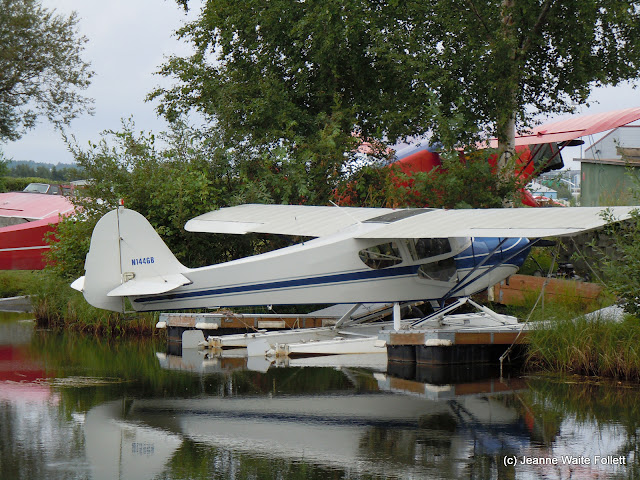 And that’s why I was in Anchorage at Sportsmen's Air on Lake Hood seaplane base, the largest of its kind in the world, early on Sunday morning, Aug. 9.  I had a duffle bag (easier to pack into a small plane) and a rucksack camera bag.  Their combined weight for four and a half days was more than I pack for almost 30 days on a trip on the other side of the world. 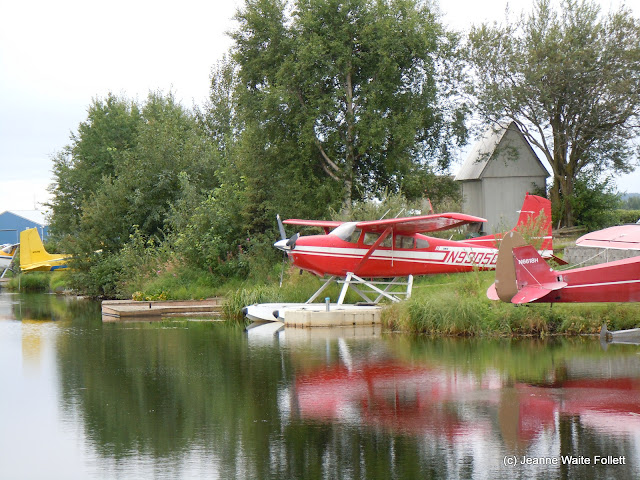 Most of the weight came from toys—cameras, tripod, lenses, small laptop, Kindle, and all the cords and accoutrements—and a pair of knee-high rubber boots.  I could have carried my clothing in a reusable grocery bag.   Oh, there was that bottle of Sauvignon Blanc from CAVU Cellars, my nephew’s winery…

Kate was already there and soon the others in the group arrived.   We were on a weather delay.  The whole inlet was socked in with rain and low clouds.  I settled into a wait mode and thought about all the times I’ve spent waiting for bush planes, sitting on the side of a dirt runway, listening hopefully for the drone of an airplane, where after several hours even buzzing mosquitoes sound like airplanes. 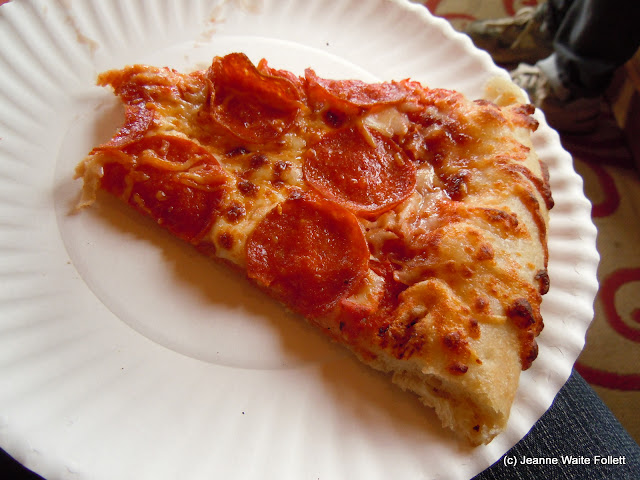 As the morning wore on, Ron called his wife Janine, and she showed up with two pizzas from Costco.  Little did we know then that the folks who were waiting to fly out of Silver Salmon Creek—our destination and the people we would replace in the lodge accommodations—were having pizza for lunch at the lodge.  I started to think they might sleep in “our” beds that night, too!