Hong Kong and Mongolia, A Report from the Field: A Place to Lay My Head and the Rest of My Weary Self

Those of you who follow my travel journals know I've stayed in some mighty highfaluting places, places I would never stay in if I had to see the bill and shell out the bucks or hand over my credit card and watch it melt.

Because travel companies provide a substantial number of clients each year to hotels and lodges, they are able to contract for rooms at a substantially reduced price.  I have often gone online to see what the standard fare is for places I will stay in, so I know whereof I speak.  (For a change.)

On a trip to Australia and New Zealand some years ago, a group of us opted for an additional three day extension in Fiji at a cost of $500 each for three days and two nights.   The Sofitel Resort and Hotel was brand new, and the usual nightly cost for a standard room was $500.

This place, right on the beach, was exquisite.   It's the kind of place celebrities stayed.   In fact, we're pretty sure a professional athlete and his family was there.   We guessed he was an NFL player, as ripped as he was.

Back to cost.    Five hundred for air fare from Aukland, two nights, all meals--and stupendous buffets at that.   We got quite the deal.

However, when one is traveling with Cap, one travels at a different level, one more in keeping with my budget.  Cap made all the arrangements in advance of my arrival, so I did not have to spend the night on an airport floor.

So, these are the places I lay my head and the rest of my weary self.

My first three nights in Hong Kong, I stayed at an apartment Cap rents in the city, which has some of the most expensive real estate around.

Here we are at 23 Mercer Street. 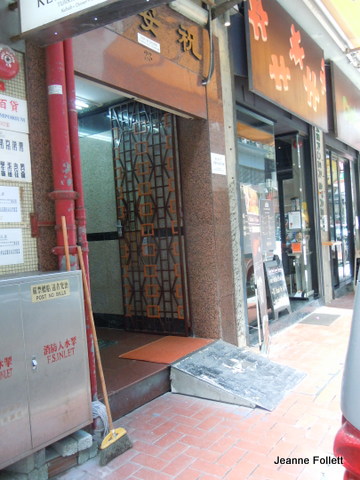 Sometimes the security guy is there and sometimes he isn't.   Up the elevator.... 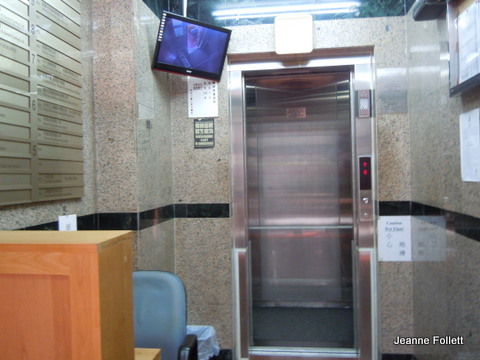 Through a locked door that opened into a small vestibule for three apartments... 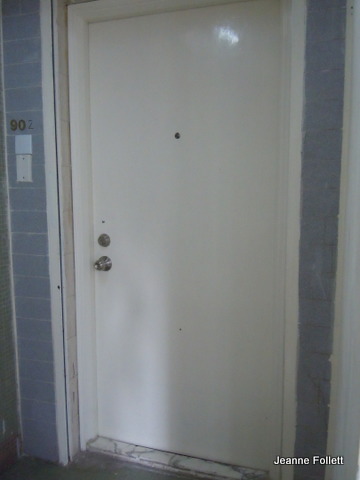 And the locked door to the apartment, called a service apartment because it gets weekly housekeeping service. 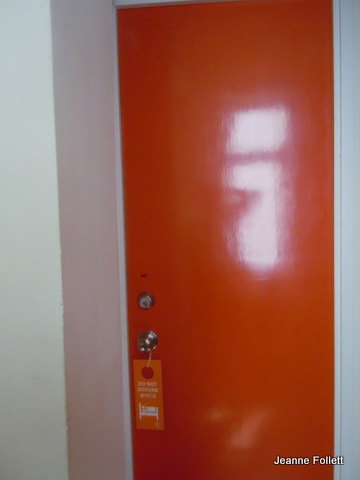 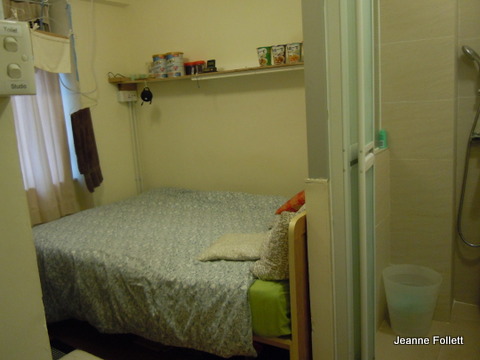 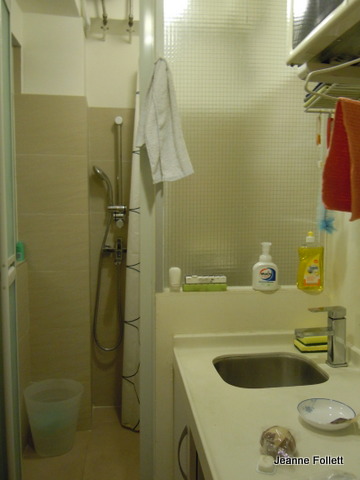 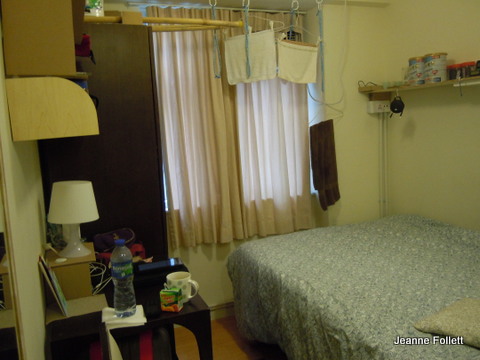 A bed, a small kitchen with sink, mini-fridge, tiny microwave, and a toilet/shower.   There are also a small desk and a wardrobe with two drawers. All in all, 94 square feet of living space.

And, there are some Cap-isms, the adaptations Cap has made that cleverly increase his useful space. 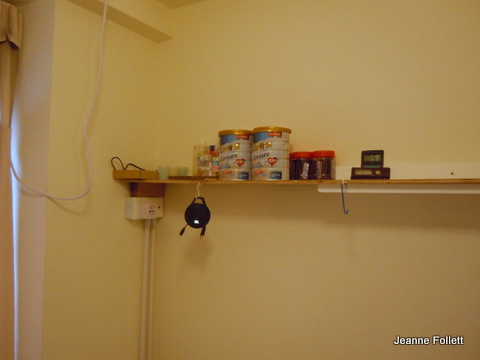 I somehow neglected to take a photo of the cardboard filing cabinet he made.  He will never forgive me.


And where were Cap and Patti while I was staying in his pad?   Across Victoria Harbour at one of Cap's favorite hotels, the HOMY Inn.   That is where I stayed also the night before we flew to Mongolia, putting all three of us together to make it easier.

And then there's Outer Mongolia.


Ulaanbaatar is the capital of Mongolia, and that's where we are spending most of the time, making short forays into the wilds of Outer Mongolia.   Outer Mongolia is an independent country, as opposed to Inner Mongolia, which is under the subjugation of China.   Like Tibet, except that Tibet has armed Chinese soldiers everywhere.

Cap rents an apartment in Ulaanbaatar for $200 a month.   For that he has a large bedroom and the use of a full kitchen (except the refrigerator doesn't work) and a bathroom.   He has a computer with internet service, too, and TV.

I am across the alley at the Sunshine Hotel.   English is a rarity here.   Thankfully the manager is a phone call away and she speaks English.

I have also discovered the advantages of Google translate, so if I need something or want to convey a message, I let Google translate it and show it to the girls at the front desk.


My room the first night.   I was leaving the next morning on a tour, so I stayed in this room only one night. 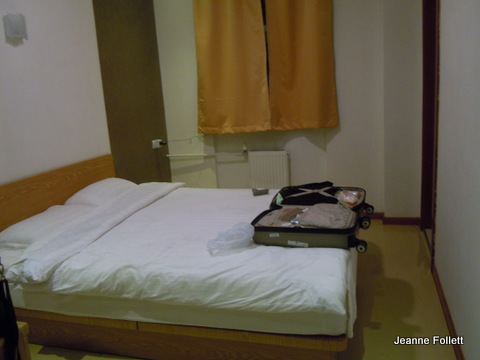 A nice queen bed and a private bath/shower.  But let me tell you something about beds and pillows in Asia.  The pillows are the rocks and the beds are the hard places!  The pillows are stuffed with pebbles....or maybe buckwheat.   They are impossible for Westerners.

You get used to the mattresses.   It helps to do some yoga stretching in the morning so you can walk.   Forget the ones on the floor as you won't be able to get up again.

Everything is sparkling clean.   A little worn, perhaps, but clean. 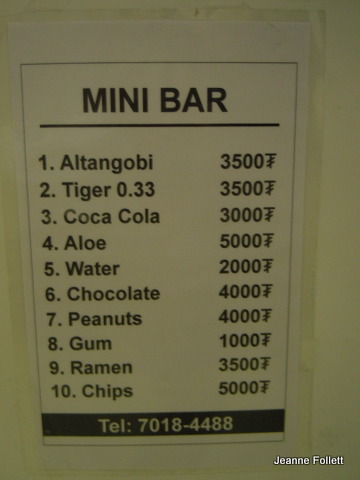 Monday the 2nd we made an overnight trip by car to Sukhbaatar, which is a five hour adventurous drive north of UB.

We stayed in Cap's favorite hotel there, conveniently located across from the train station. 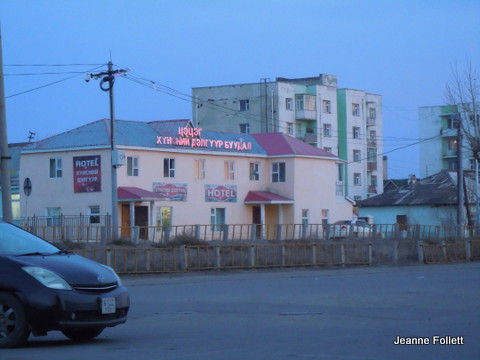 It turned out to be a suite in the corner of the building!   And a sweet suite it was.

This is a nice, homey hotel.   The owners have installed pleasant touches as best they can afford, and everything is clean.

The drawbacks:  There is a small convenience store beneath that sells liquor and beer, so there were loud conversations below and the banging of the door until the shop was no longer open for purchase of liquor.   Then it was quiet.


The second morning, two scrambled eggs and two hot dogs.  Ate one of the eggs before remembered to take a photo.   One of the hot dogs is in the fridge. 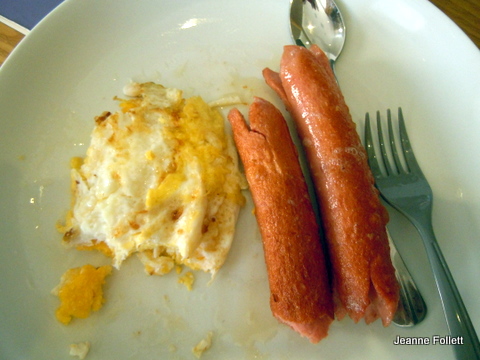 And there  you have it.   Comfortable places to sleep and obviously I'm not going to bed hungry. 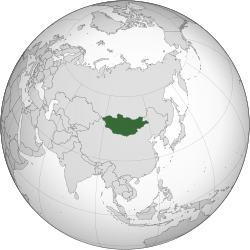 Email ThisBlogThis!Share to TwitterShare to FacebookShare to Pinterest
Labels: hotels in Asia