Mongolia, A Report from the Field: The Thieves are Everywhere

I am currently traveling with my friends Cap and Patti in Mongolia.

Cap has had two items stolen from him by pickpockets here in Ulaanbaatar, Mongolia.

One was his smartphone, taken a few months ago.    The other, just a few days ago, was his Nikon Coolpix point and shoot camera.  That was taken by a pickpocket as invisible as a ghost.   He put his bag down on a chair while he tried on a warm jacket.

The camera was inside a velcro fastener and TWO zipped pockets.  Everything was re-fastened.

Those are the invisible thieves.   There are others, much more flagrant in their modus operandi, and it does not appear there is anything one can do about them. 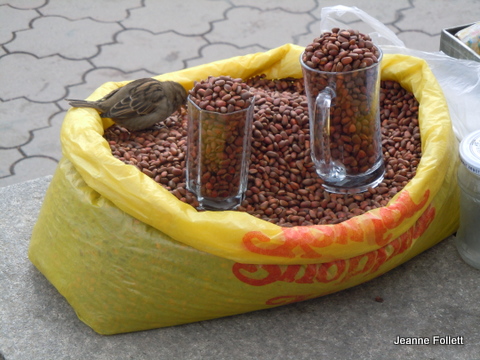 I do not know what these street vendors are selling, but it appears to be a legume of some sort.   Perhaps a dried red bean.

Look!  I caught the thief in the act! 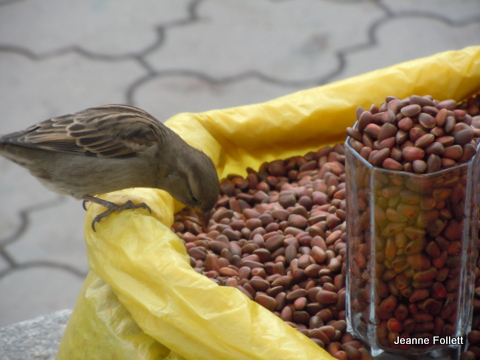 It was so bold, it looked over an assortment before deciding on one. 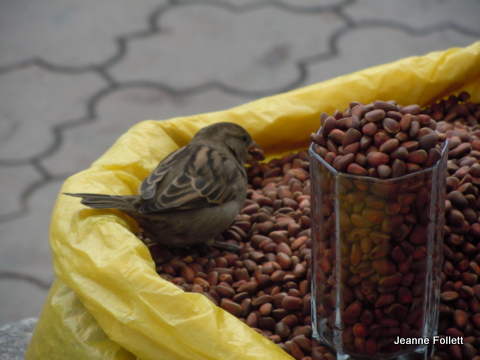 Let this be a lesson to you:

If you buy anything from a street vendor, make sure you wash it before eating it.
Posted by Gullible at 12:43 AM