The Kenya Journals, Ch 4: From the Fabulous Kori Bustard to the "Romantus Interruptus" Episode

Chapter Four:
From The Fabulous Kori Bustard to the “Romantus Interruptus” episode

As it turns out, we aren’t there yet, there being where we will spend the next few days—the Mara Intrepids tent camp on the Talik river.   The airstrip where we landed at Governor’s Camp is the closest, except for the airstrip right at the Intepids Camp which is undergoing improvements.

By improvements, I mean grading the surface, not paving or installing lighting or a control tower, or an ILS—the electronic instrument landing systems that guide large planes to airport landings.   These are dirt airstrips, nicely graded and essentially smooth, but dusty.   In Alaska, we call them bush strips.

So, we have about an hour of travel ahead of us by safari vehicle to get to the Intrepids Camp.   Our luggage is loaded into two vehicles and there’s a pause while we get out our cameras and lenses, because getting to Intrepids will also be out first game drive.  I can see a few animals from the airstrip, but a few minutes along a dusty road there are animals by the 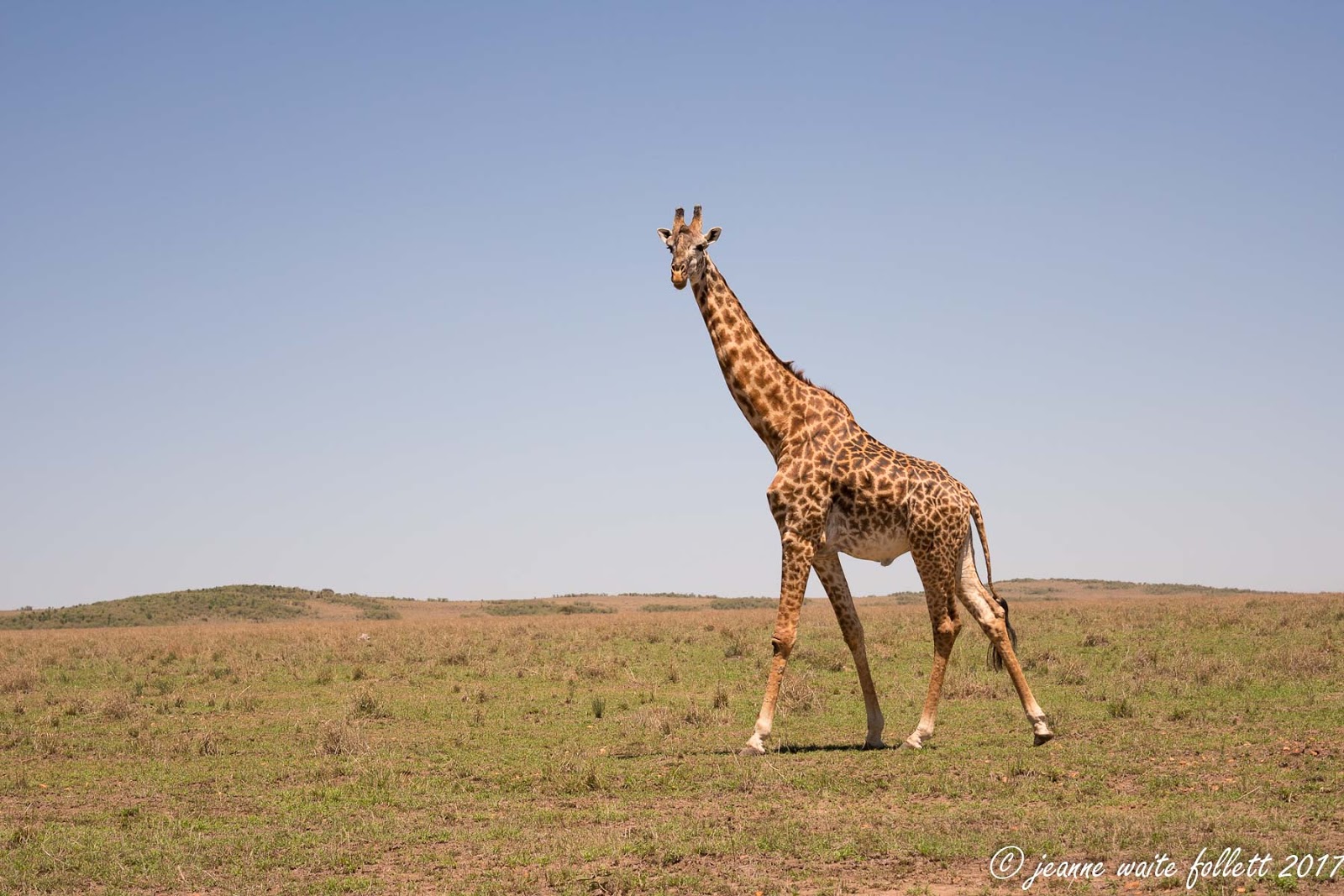 There are zebras and Thompson’s gazelles (Tommies for short), and antelopes called  topis, which are by far the most numerous.   I take a photo of one standing on a termite mound and I’m assured that by the end of this trip, I’ll be tired of topis. 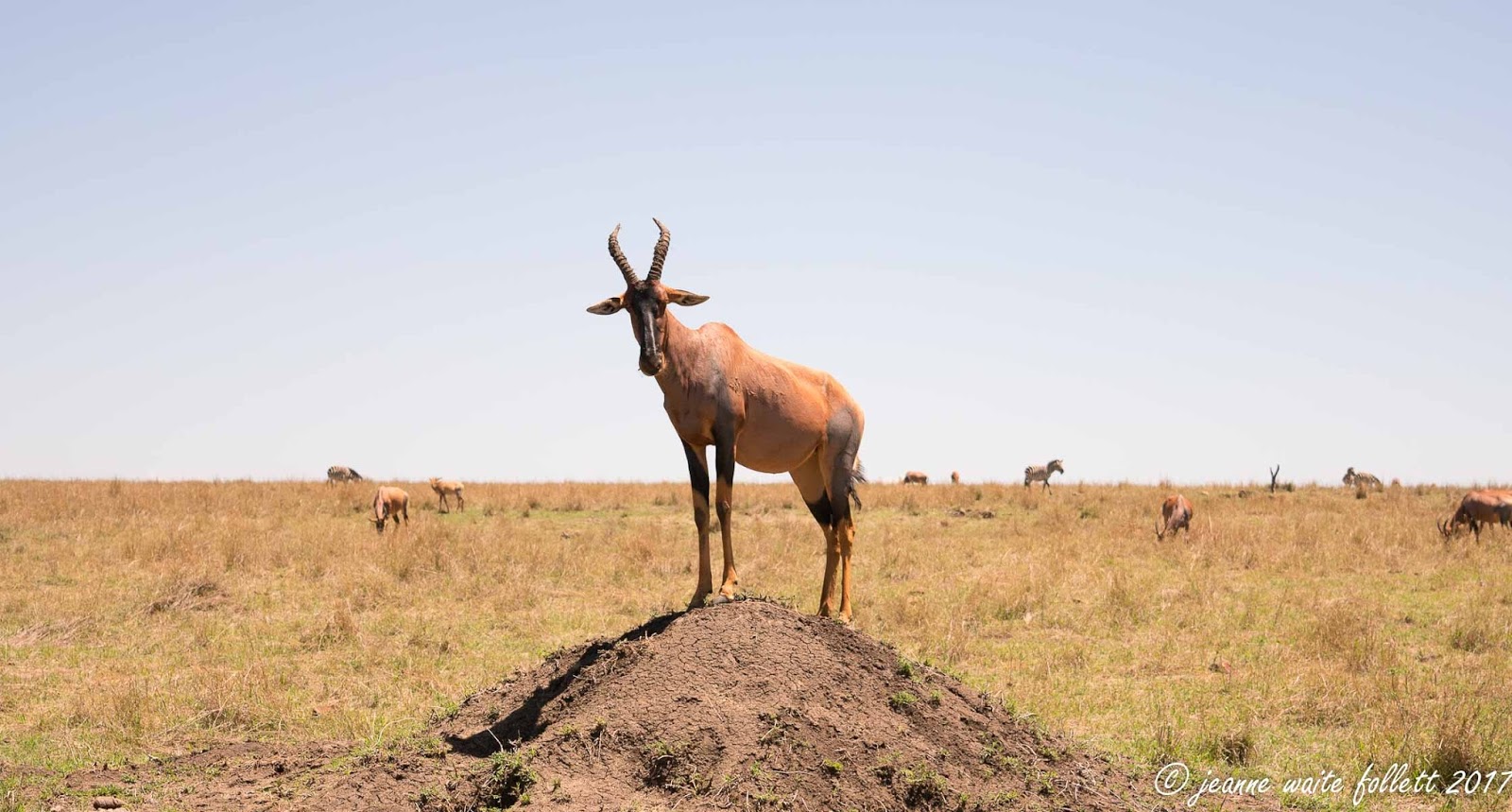 Nonetheless, I am amused with how one topi stands on a mound like a sentinel, watching for danger while the rest of the herd grazes.   One of the fastest antelopes in Africa, topi can reach 50 mph.   They weigh from 150 to 350 lbs., and stand 39-51 inches at the shoulder.

Their brown coat of short, shiny hairs, is accented by patches of purple at the tops of their legs, and there is a distinctive pattern in the hair inside their large ears.

While I’m occupied surveying the topi and zebra, I spot something ahead.
“What’s that?”   I exclaim, referring to something that appears to be as tall as a topi, but walks on two legs. 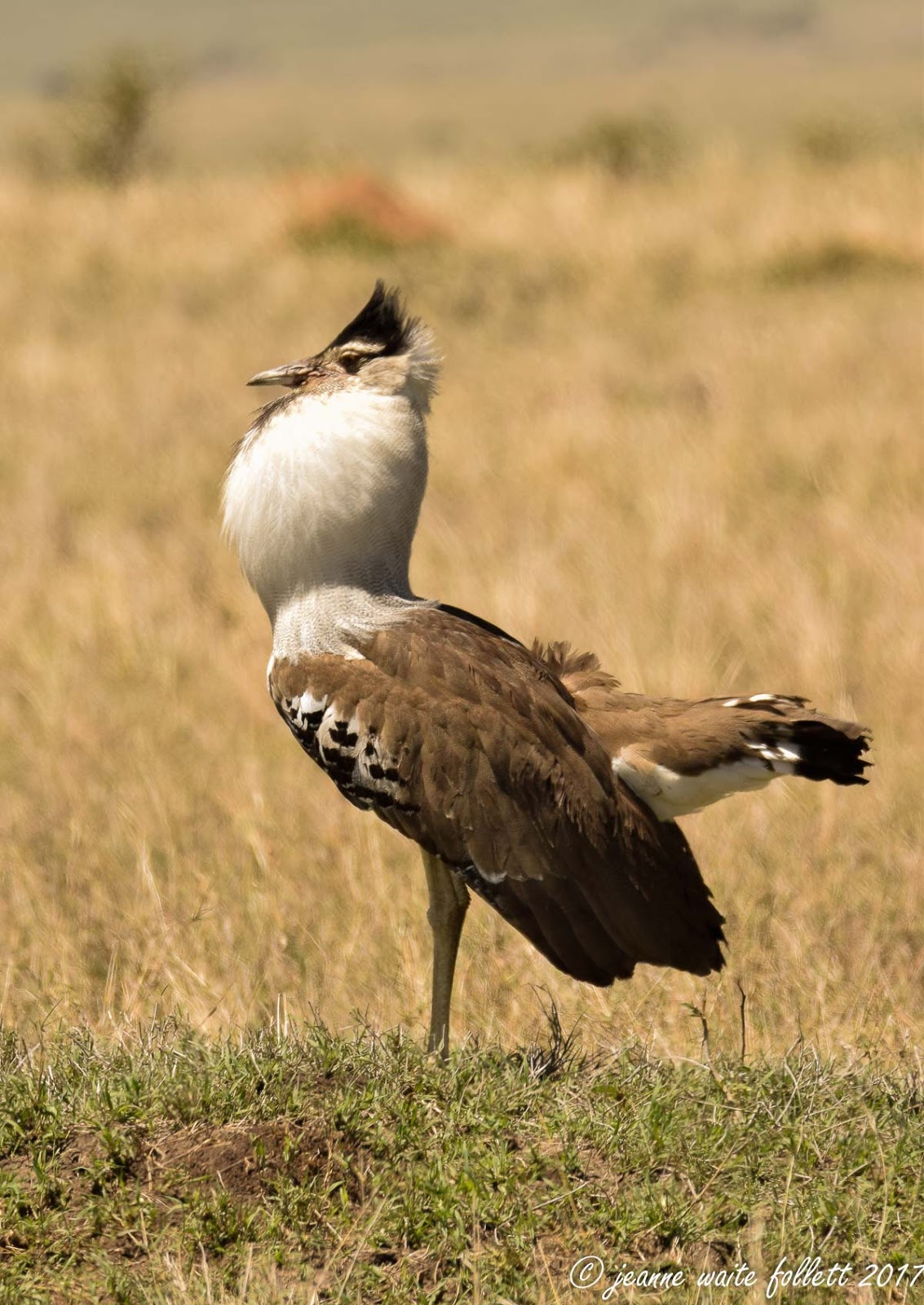 It turns out to be a bird!   A kori bustard, to be exact, and a kori bustard in full display.   Some sources claim the kori bustard is the heaviest living animal capable of flight.   Kori males are almost four feet high, have a wingspan of nine feet, and weigh about 40 pounds, with one specimen found to be 44 pounds. 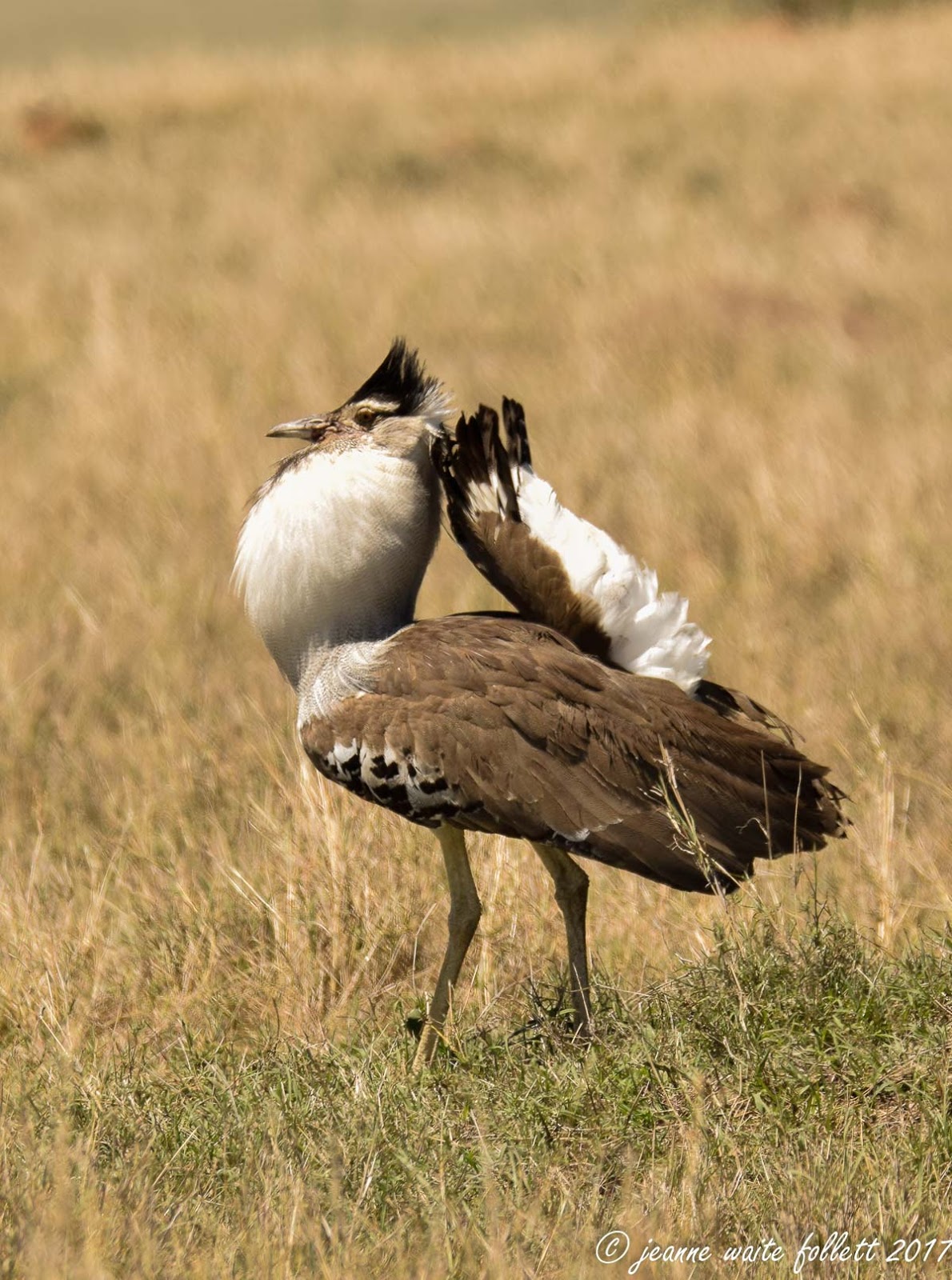 Though capable of flight, they spend most of their time walking around on the ground, looking for seeds and invertebrates.   The female lays eggs in a shallow hole on the ground, making the eggs extremely vulnerable to predators.   The birds themselves are preyed upon by lions, leopards, cheetahs, hyenas, and jackals, with various eagles also known to attack the bustards. 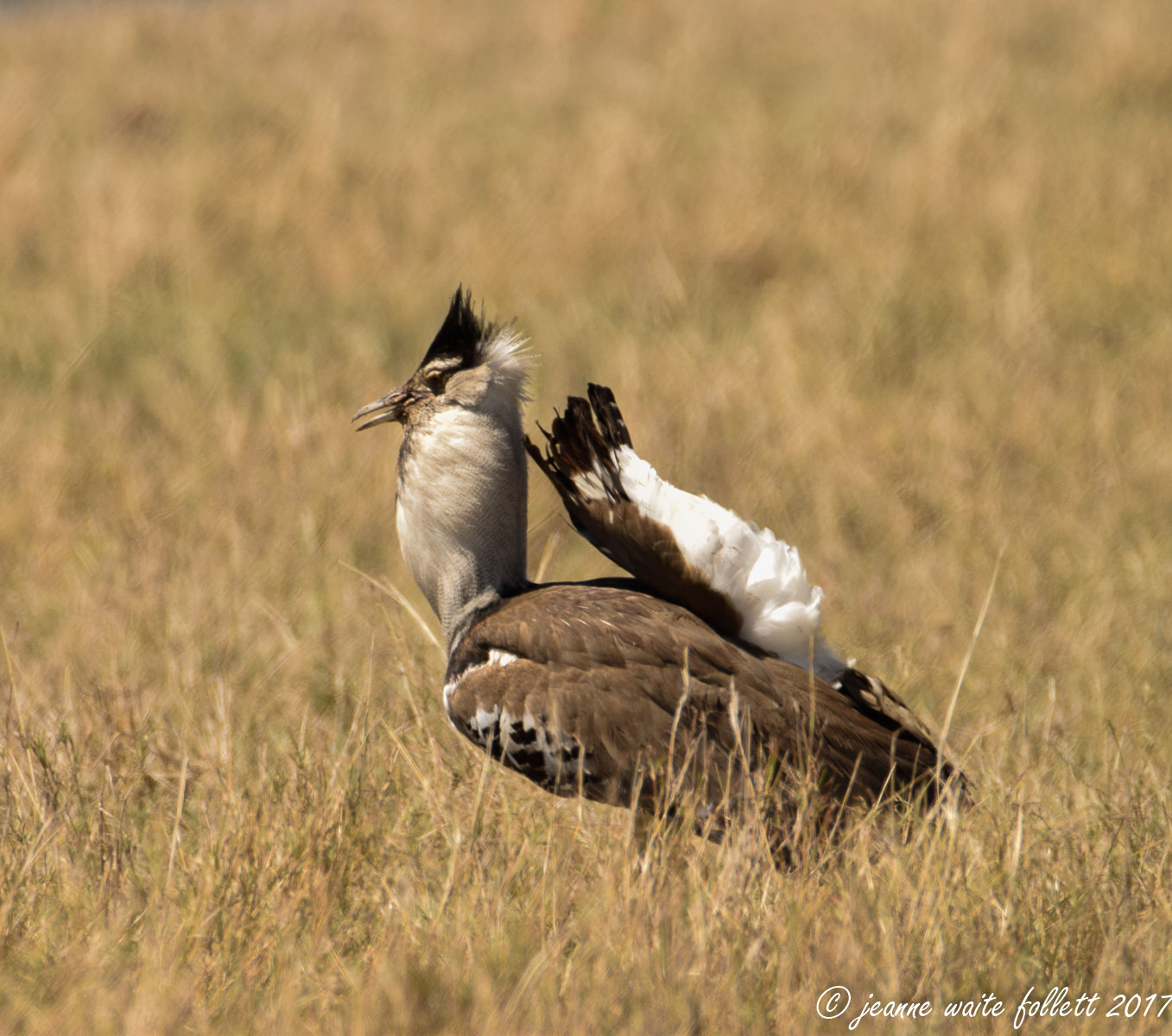 I am so enthralled with the gregarious kori that I fail to notice an amorous zebra on the opposite side of the trail until we are right next to him.   Our sudden presence apparently kills his mood. 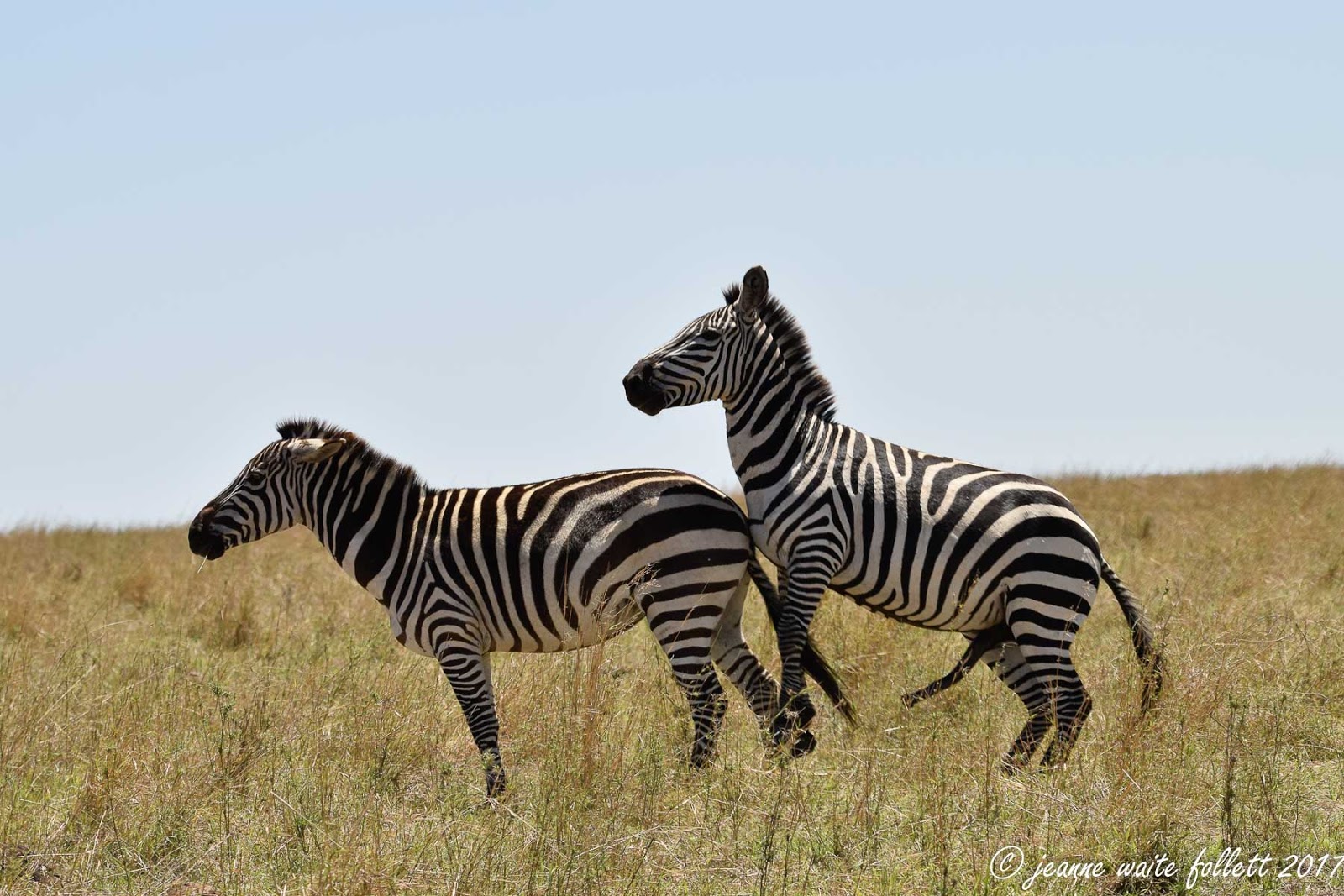 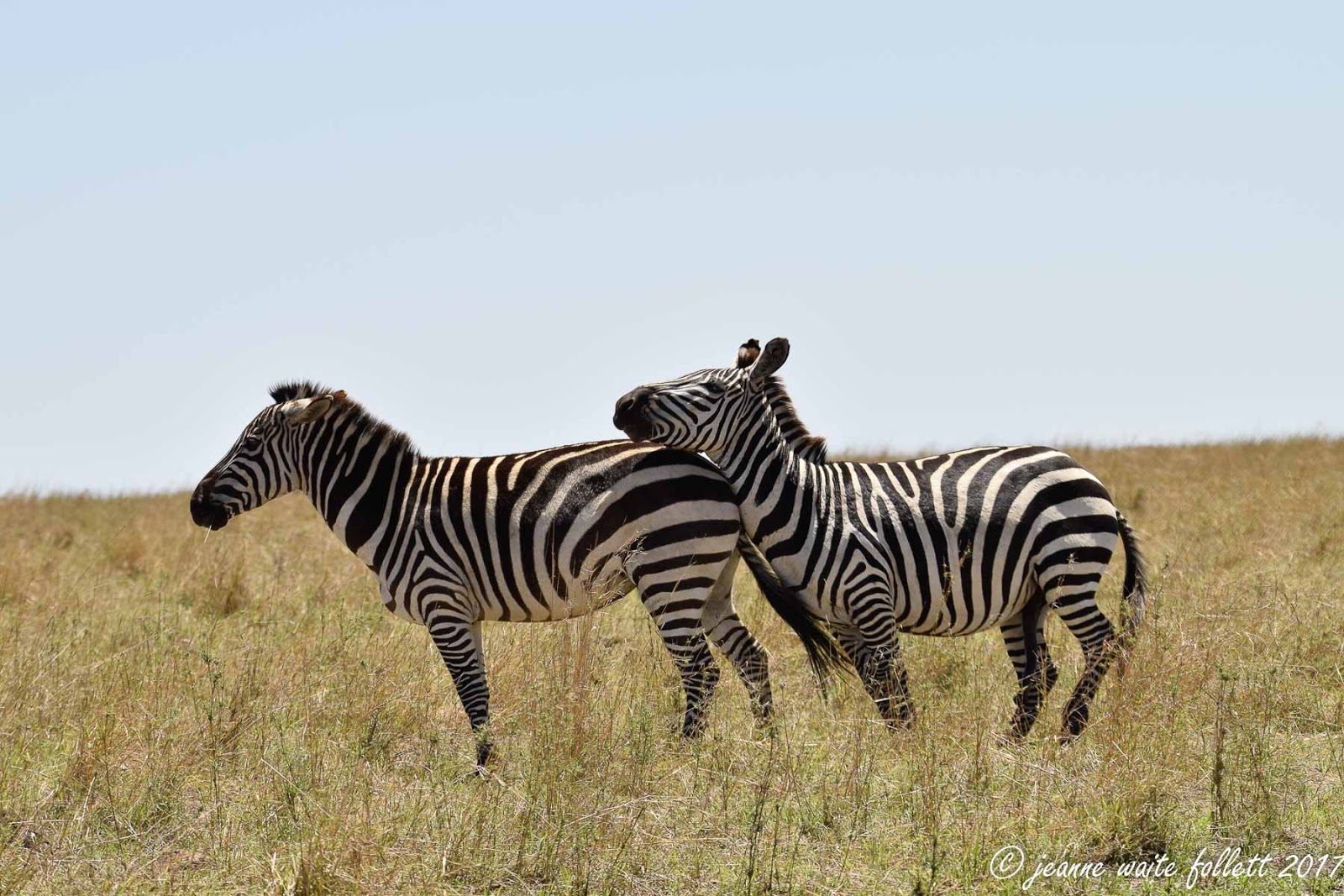 Soon we arrive at Intrepids Camp, where we are welcomed with many a jambo and a glass of cool fruit juice.  Once the formalities are out of the way, we follow our luggage to our tents along a sun-dappled stone path.  As the bearer of my two bags sets them down on the patio of my tent, a butterfly flutters past. 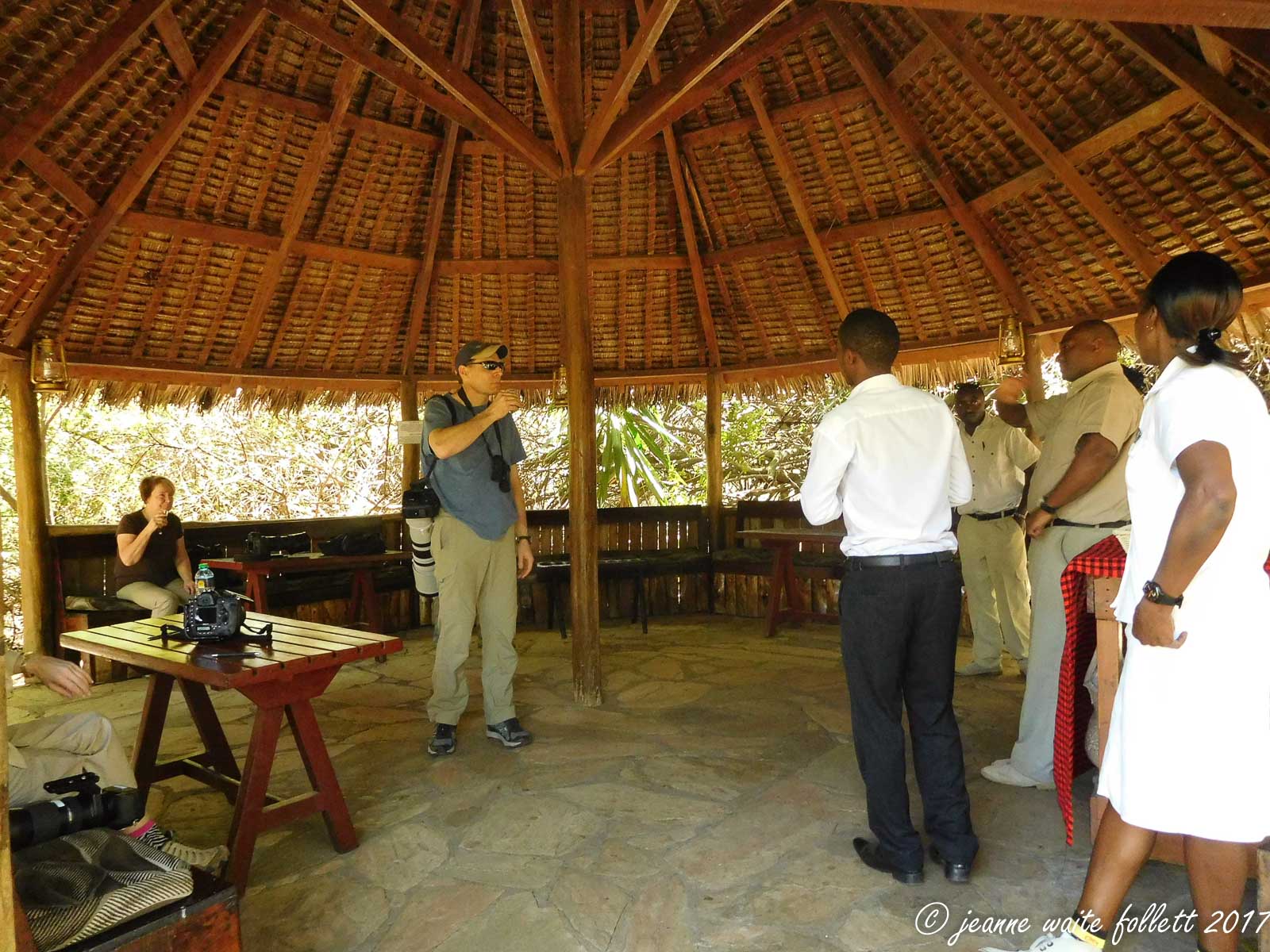 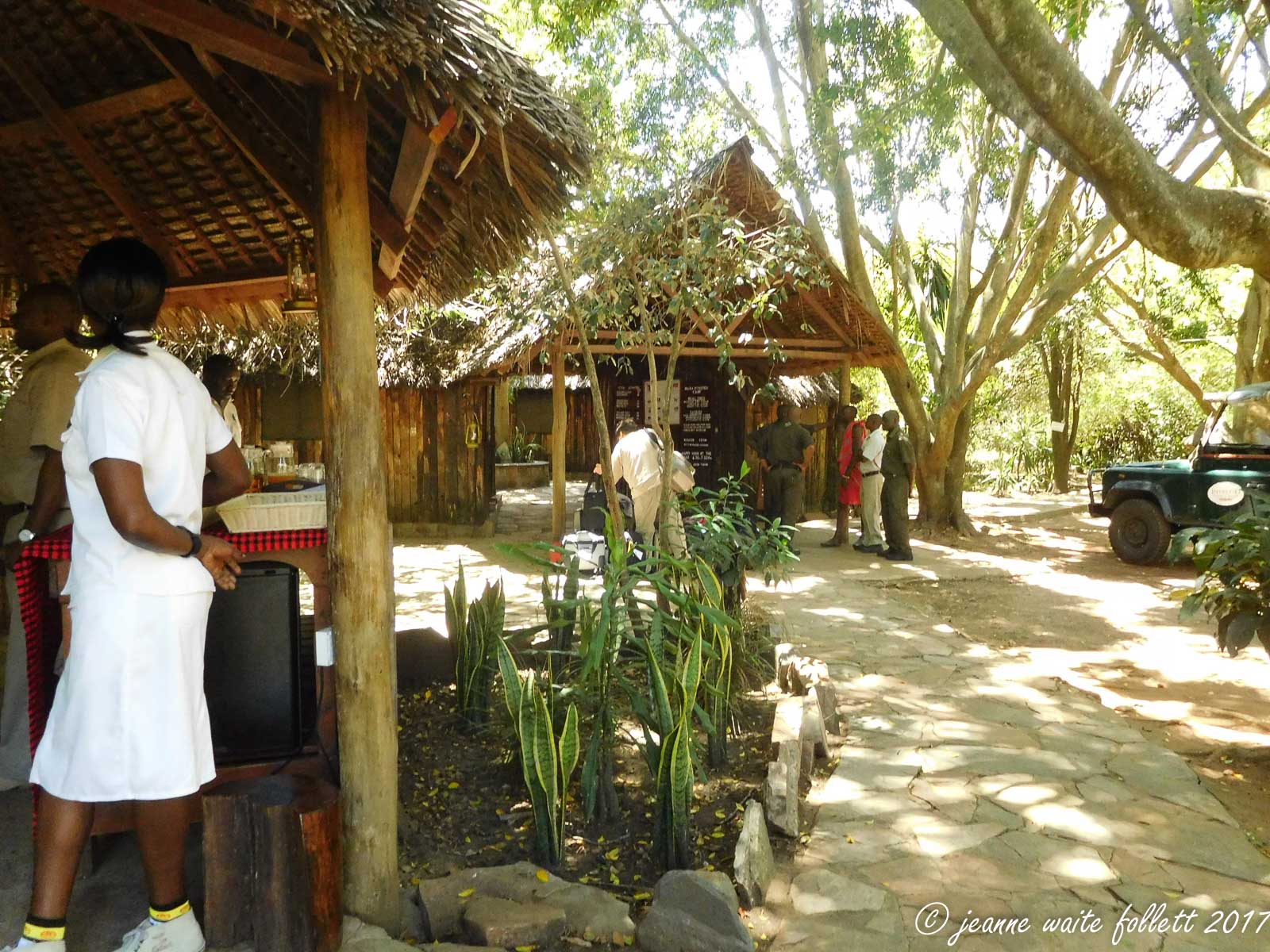 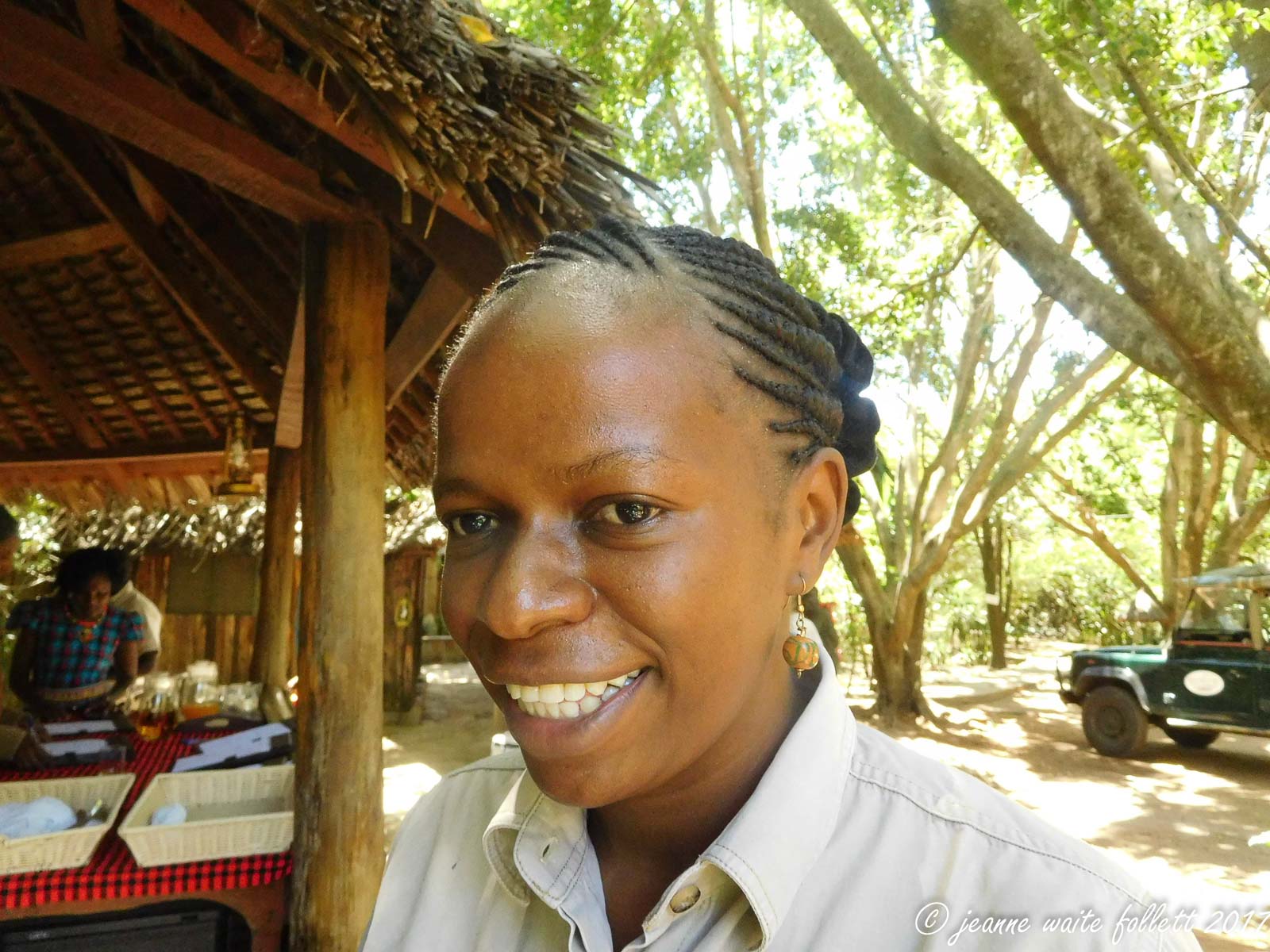 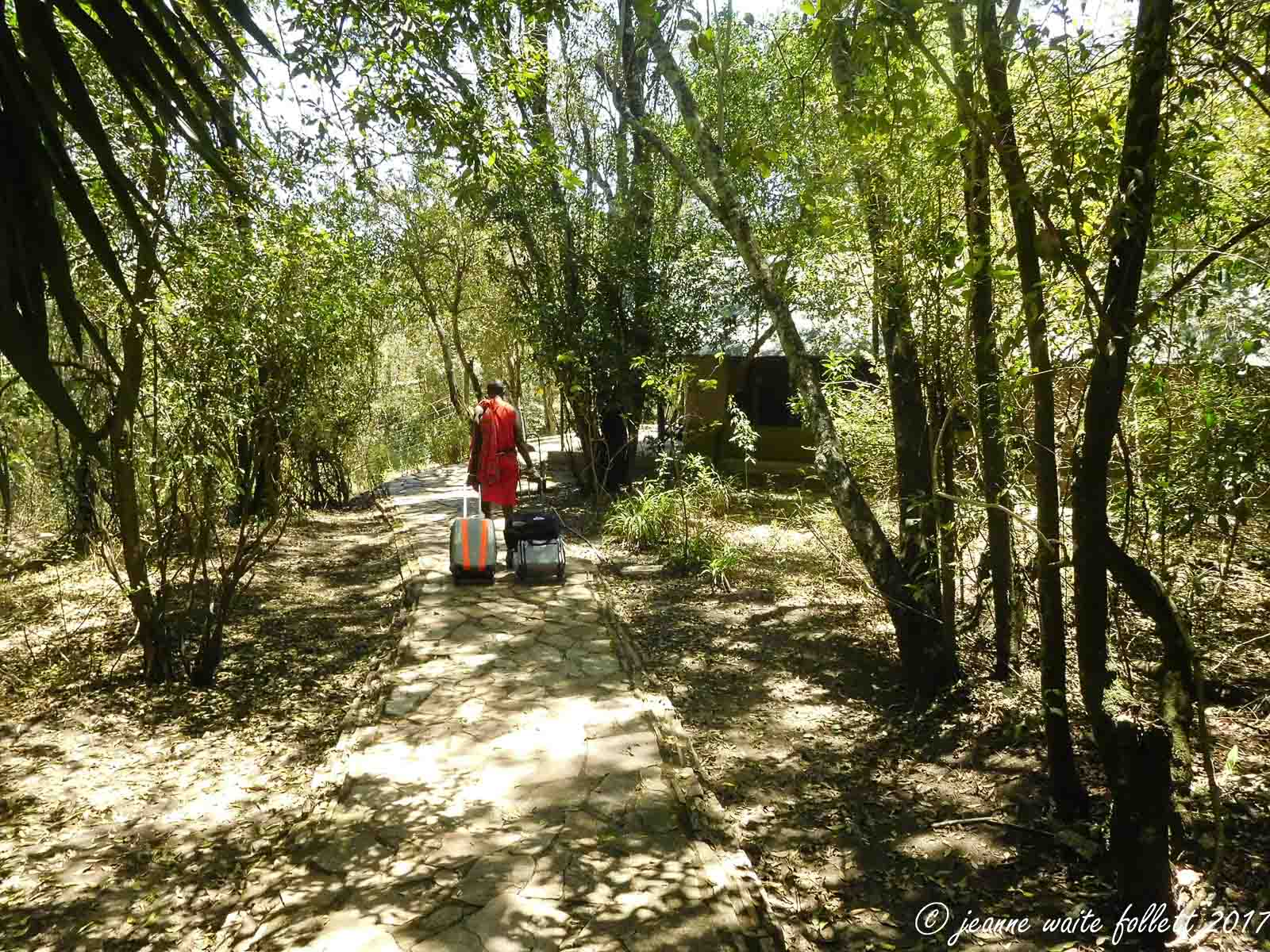 As promising as that omen might be, the luggage guy points out a crocodile basking on a sand bar in the river below my tent.

I think I prefer the butterfly’s promise. 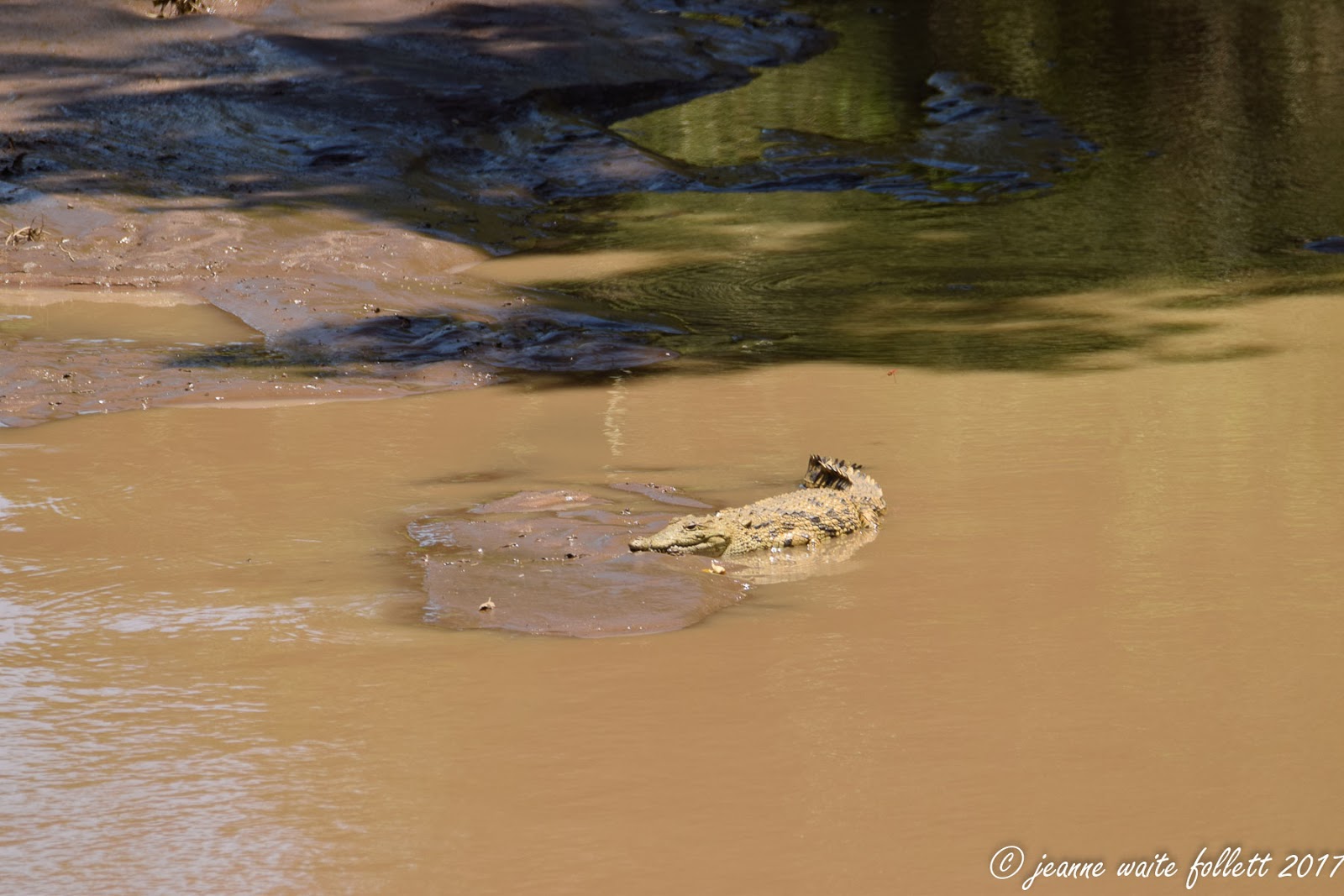 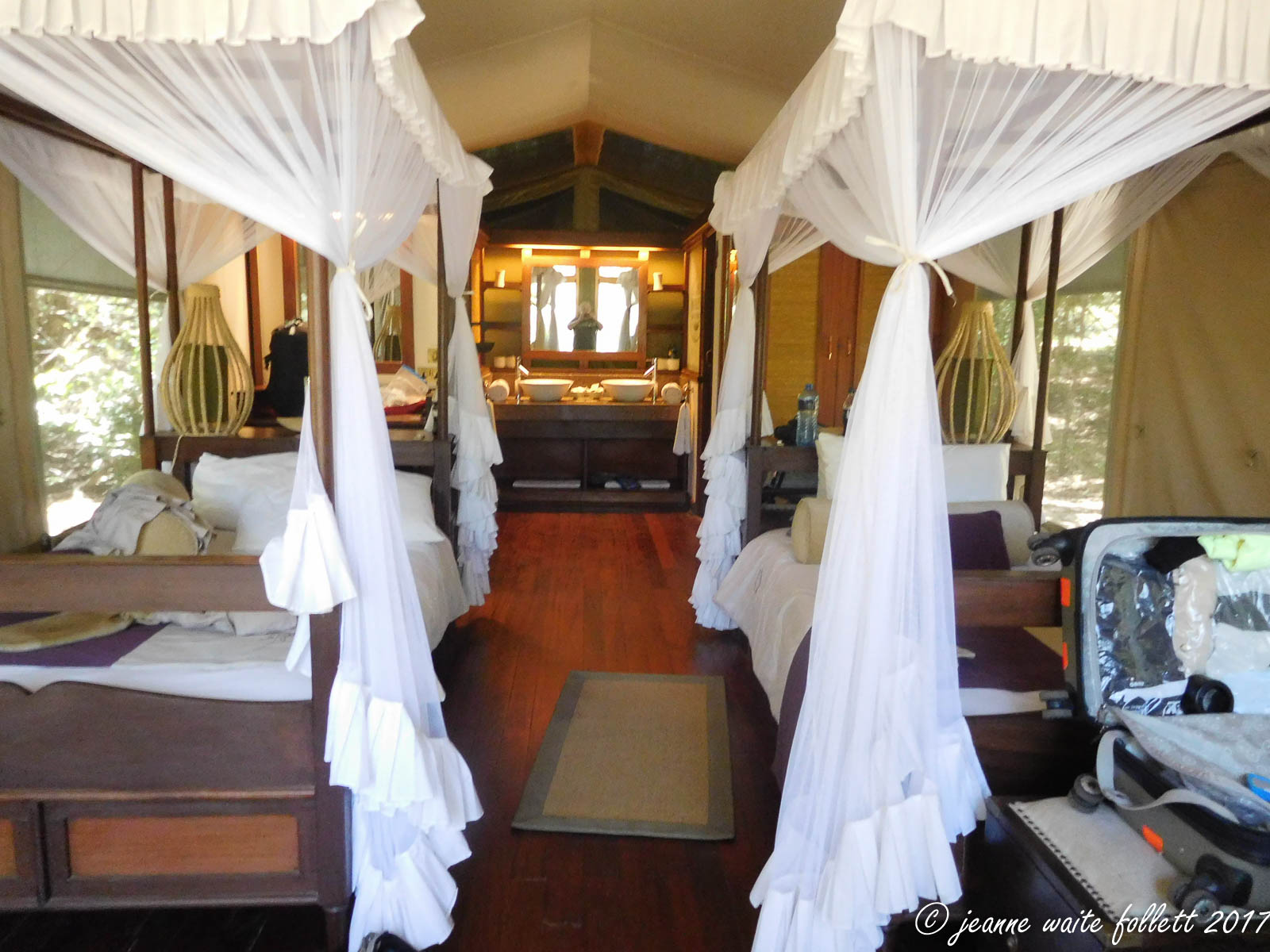 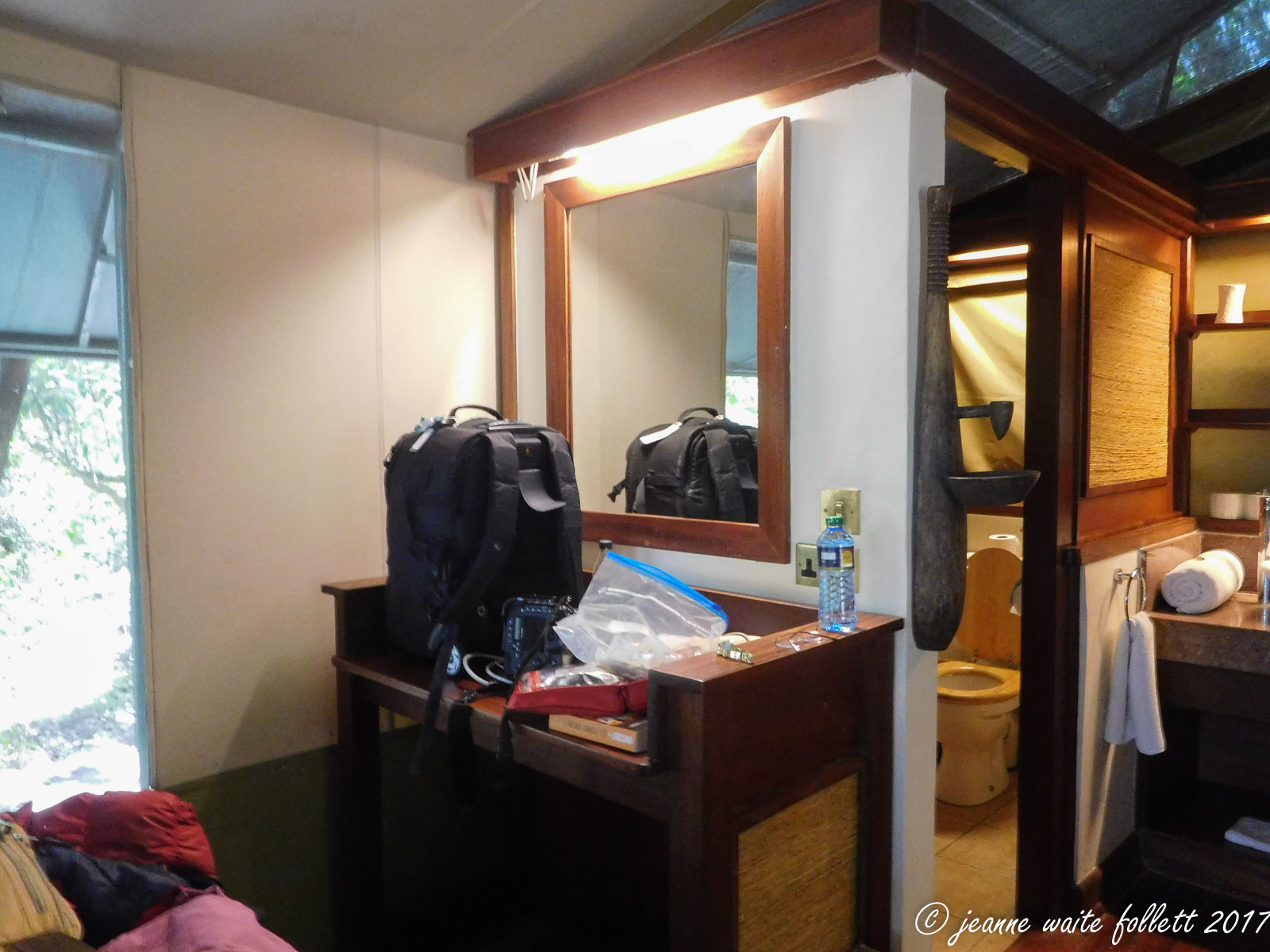 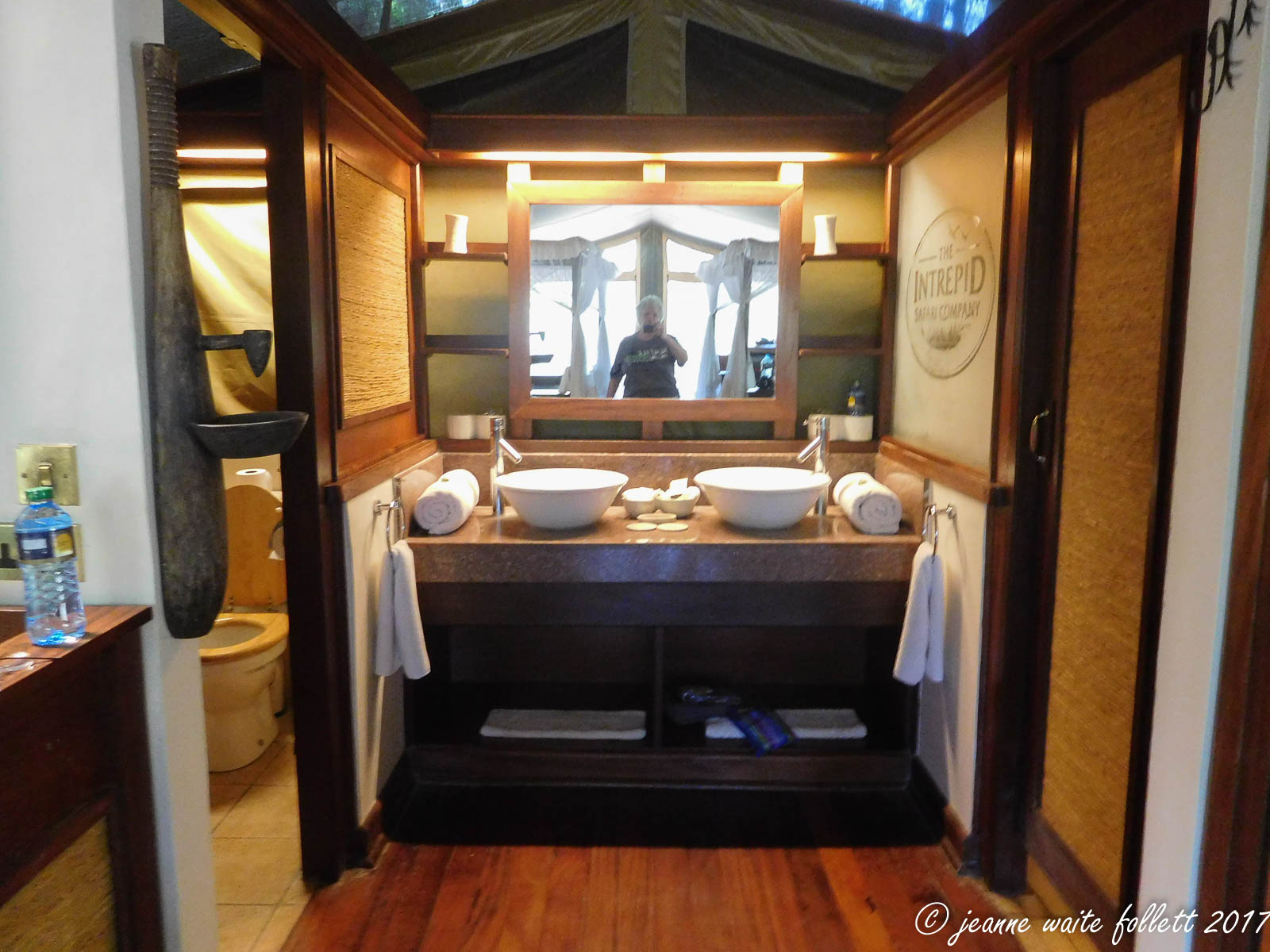 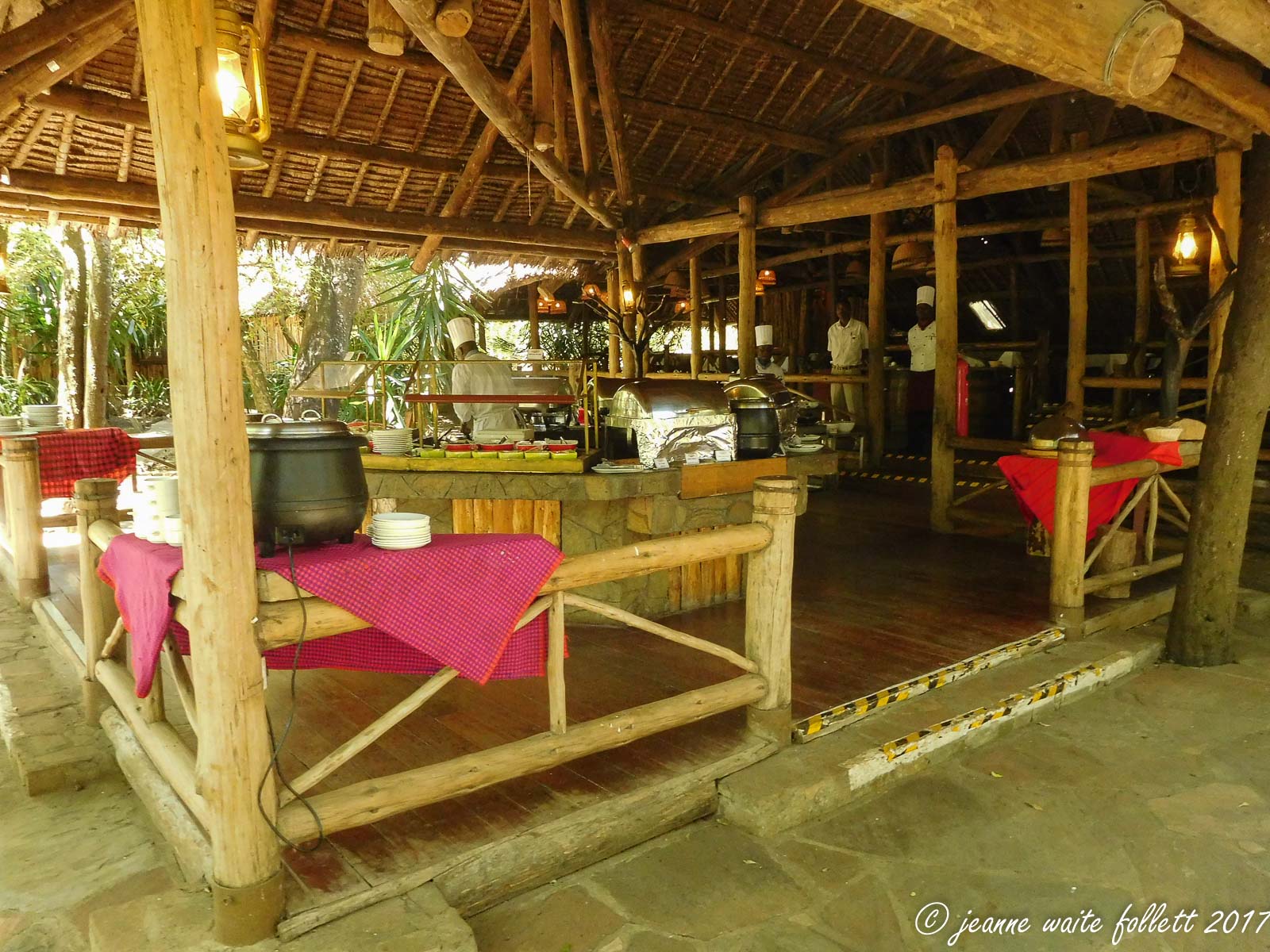 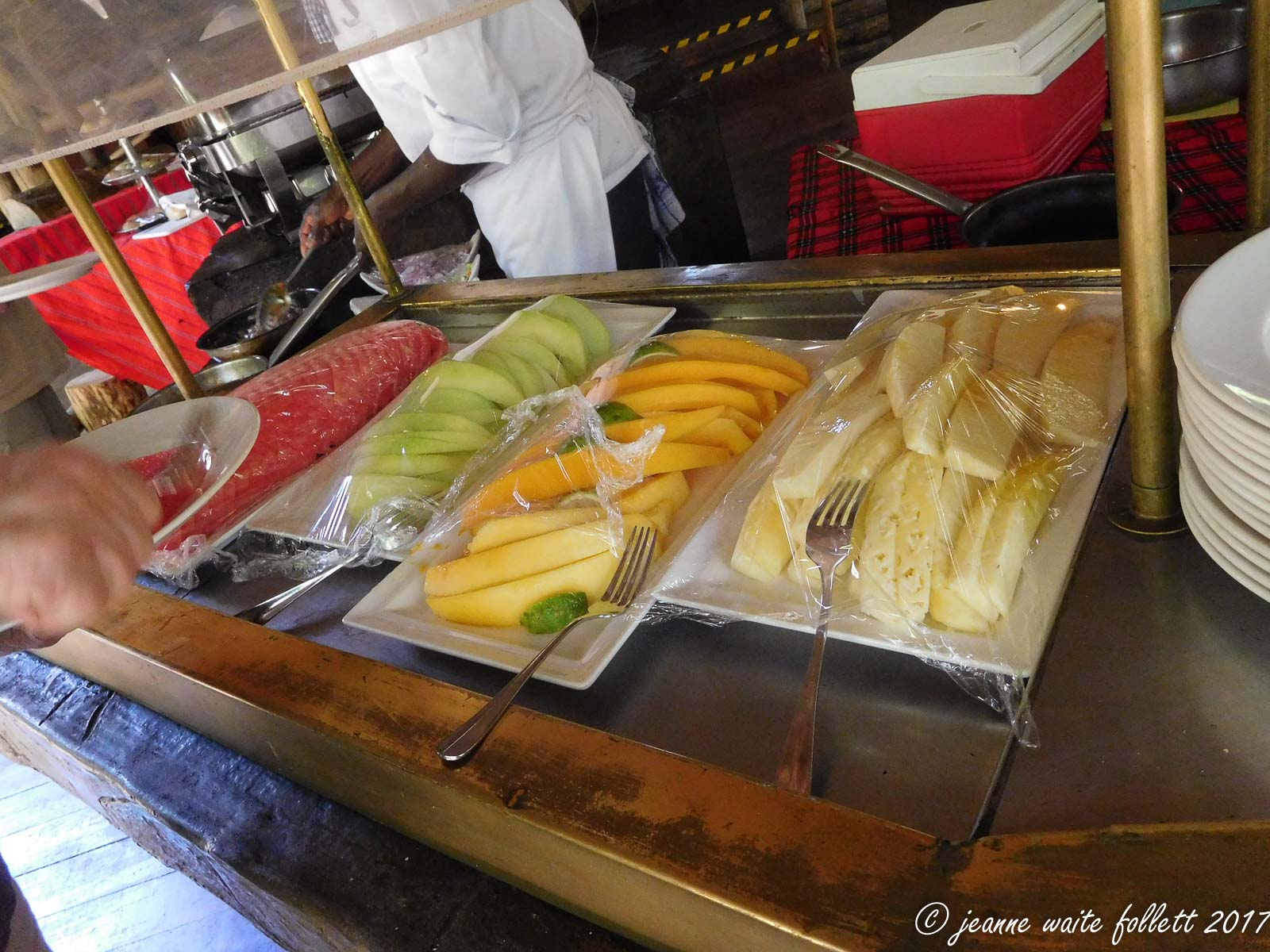 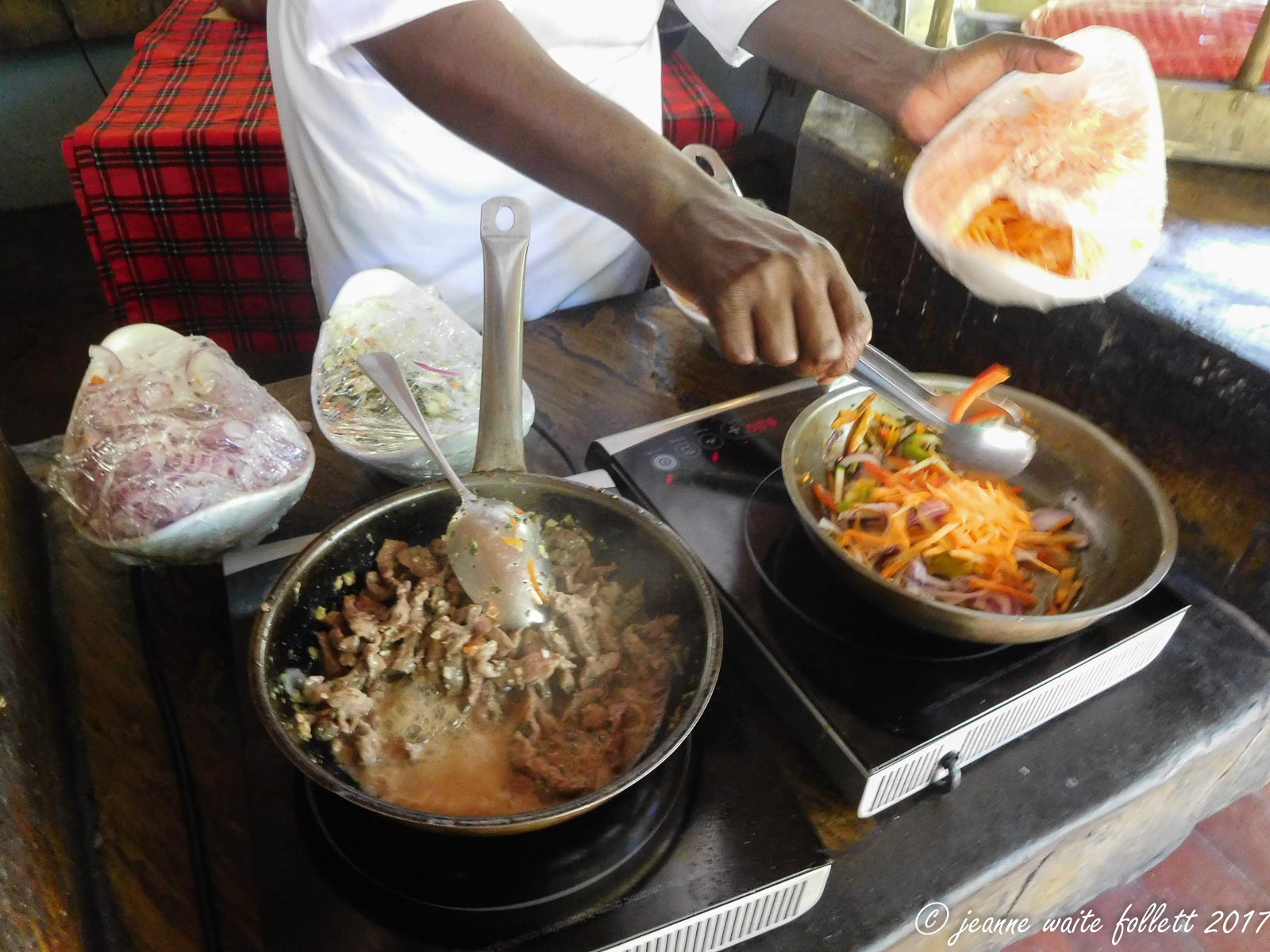 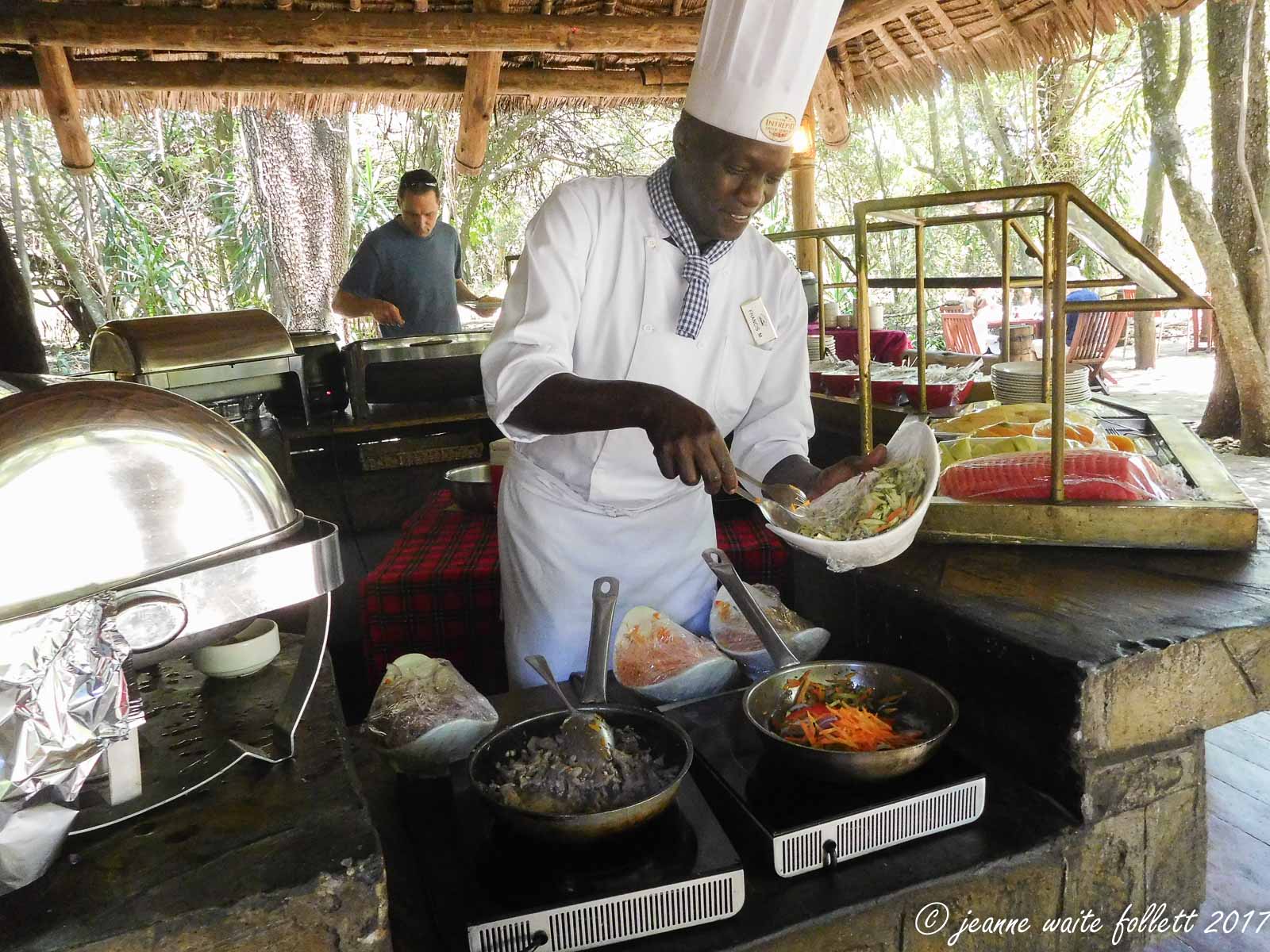 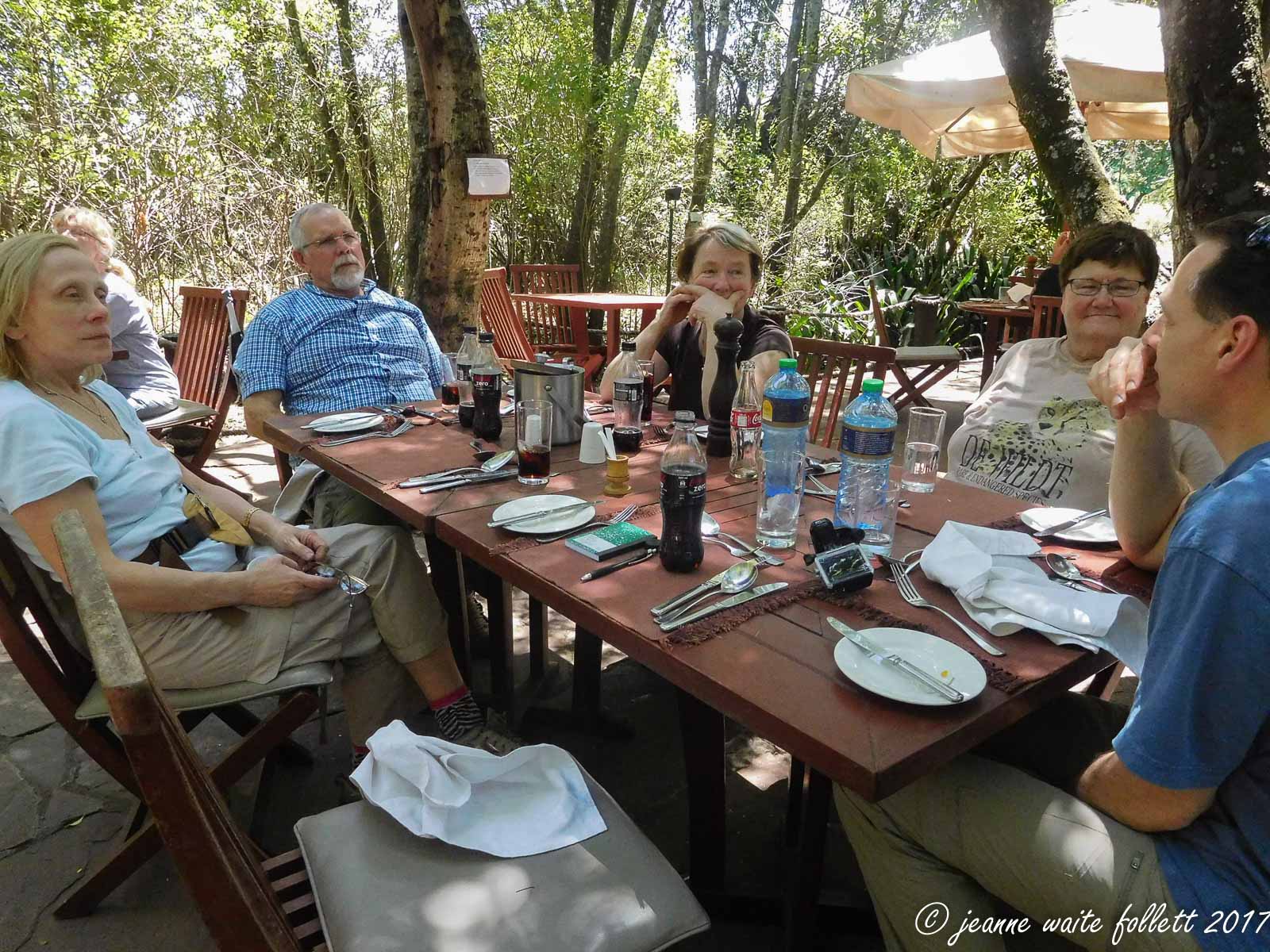