The temperature rose twenty-five degrees in six hours today. Now, gentle Chinook winds are huffing and puffing at my loft windows. Tomorrow I would not be surprised if these winds brought snow, sleet, and/or rain. Nor do I expect them to remain gentle.

My neighbors on either side have advised me that my remote sensor thermometer might be located in a banana belt. The day mine read twenty-seven below, each of theirs read thirty-five below. After two weeks of cold, we are all ready for a break from it. With the warmer weather, however, we might lose the beatuy of the hoarfrost that has coated everything.


Saturday I was the substitute mailman, and delivered mail to Hope and Cooper Landing. The temps were still below zero--seventeen below at my house, and there was little traffic. While driving along the Kenai River in Cooper Landing, I noticed the hoarfrost was especially heavy along the river. Here are a few photos, taken from a moving vehicle. The road through the Landing is a narrow, twisting two-lane route with miniscule shoulders and few places to pull off. At least the speed limit through there is 35 mph, making my photographic efforts a wee bit less dangerous. 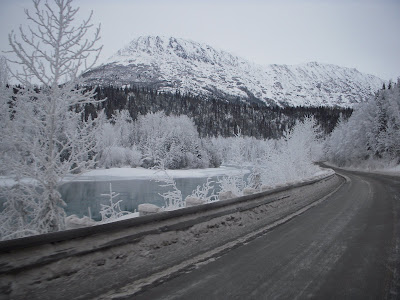 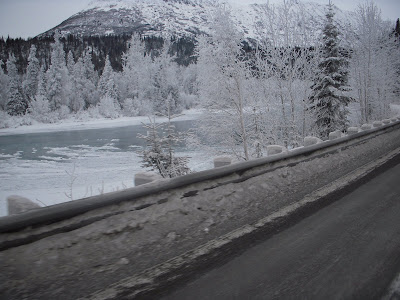 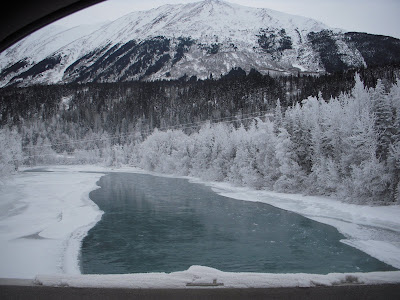 Back in Moose Pass, I spotted this young eagle hanging out around the garbage dumpsters. I don't know if it's a young bald eagle or a young golden eagle, but I think I'll lean towards the latter. 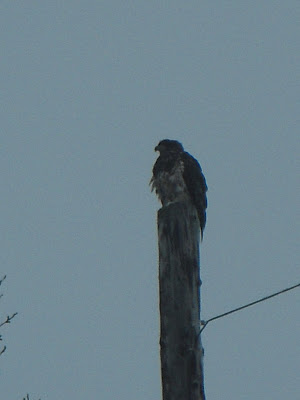