A Marine called the Dennis Miller show today to pay tribute to a fallen comrade in . The Marine choked up, and after a moment of silence, Miller said:

“That’s the thing about sincere emotion, my friend. It doesn’t give you a glide path. It just drops in on you.” After a few more moments during which the Marine tried unsuccessfully to compose himself, Miller said that the Marine’s silence was a tribute to his comrade.

Eagles fishing along the . The one wading in the icy cold flew off before I could turn on the camera. Look closely between the two birch trees at the right, and the spruce tree. There’s a second eagle there. And, in the middle of the two birches, a magpie waits for scraps. 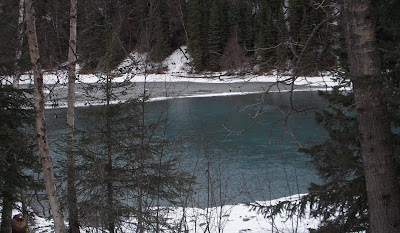 The swans are still hanging out by the bridge. Couple days ago there were several fishermen in the water or ice fishing, but today’s rain must have discouraged them. 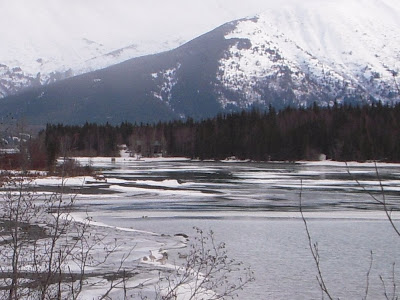 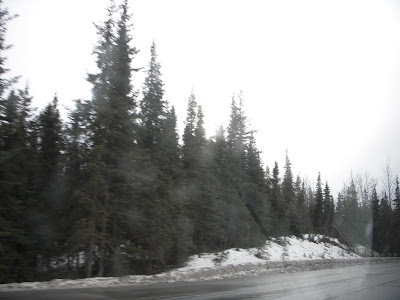 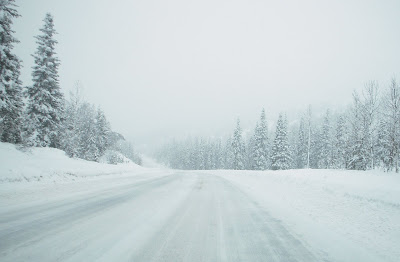 Giving Credit Where It's Due?

Vice President Joe Biden, on the Larry King TV show, gave the Obama Administration credit for the success in Iraq.

Darned if he didn't forget to mention that that success was "inherited" from the Bush Administration....

Credit Where It is Due.

Greg Mortenson’s second book, Stones into Schools, is every bit as astonishing and inspiring as his first, Three Cups of Tea. Most of the events described take place in and just before and after the Sept. 11, 2001, terrorists’ attacks on and the Pentagon, and after the horrendous earthquake on October of 2005. It concludes in the fall of 2009, when winter arrived to isolate the high country of for six months. 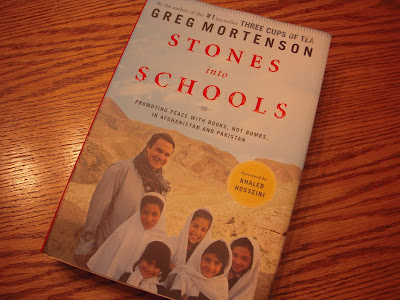 Mortenson, quoting Wohlid Khan, a veteran mujahadeen and tribal commander at the opening of another girls’ school in , wrote:

In our country, our people have suffered through three decades of war,and as you know many of our mujahadeen have died in these hills and mountains… We have fought hard and we have paid dearly.

A wise man from my home once told me that these mountains have seen far too much suffering and killing, and that each rock and every boulder you see represents a mujahadeen who died fighting either the Russians or the Taliban. Then the man went on to say that now that the fighting is finished, it is time to build a new era of peace—and the first step in that process is to take up the stones and start turning them into schools.”

This book, along with its predecessor, is a must-read for every American. It is reassuring to learnt that Mortenson's Three Cups of Tea is required reading by much of the military.