The race has already started.  Not THE race, but the race to get to where THE race starts.  And it doesn't start until the Fourth of July.

Nonetheless, there's a steady stream of traffic heading towards the small town of Seward.  By Monday, the population of about three thousand will swell into the tens of thousands, no little feat for a town grasping onto a narrow strip of land at the base of several mountains.  First street is the first road built at the mountains' base; Fifth Street is the last street before saltwater and the hundreds of motorhomes parked there in summer.

Before it's all over, there will be more than three hundred motorhomes and camper trailers parked slide out by rear view mirror on this beach of Resurrection Bay, and hundreds more scattered in private and temporary RV parks around town, as well as dozen and dozens of tent camps.  The million dollar view is quite appropriate to the millions of dollars worth of RVs.

It's doubtful that many of them noticed the blue and white signs posted at the entrances to the camp sites.


What a scramble that would be--a tsunami siren going off in the midst of all the July Fourth festivities when the town is packed with visitors and all the city  roads are jammed with cars of every description, and there's only one road out town.  But I suspect only the officials whose job it is to worry about such things will think about that little problem.

Indeed, most folks will be fixated on the premier event of this three-day weekend holiday--the 84th running of the Mt. Marathon world-famous race.

It begins on main street and ends on main street.   A block or so from the start line, past one of the town's two banks and past both of it's Chinese restaurants, runners turn the corner at the phone company building with the Iditarod Trail mural painted on its side.   Mile one of this historic trail begins at water's edge in Seward. 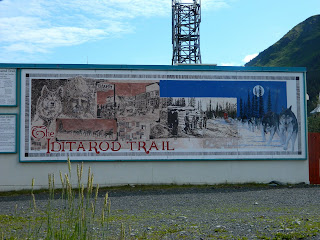 The uphill street grows even steeper as it passes the Senior Center, also with a mural, this one of the  Mt. Marathon race.  Two women training for the race were reduced to a walk already. 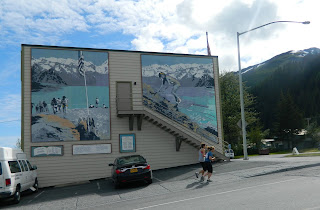 Two blocks farther uphill the course passes by the local hospital, and it hasn't even reached the mountain yet. 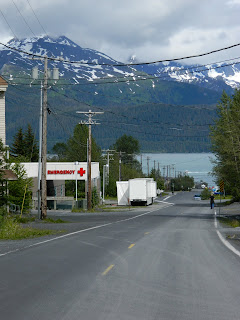 Then, a bit further into Lowell Canyon, the real ascent begins, just beyond a mound covered in wildflowers.


The racers won't stop to read the large sign posted at the spot, the one that has a photo of the mountain's various named spots on the trail, but the spectators can learn a lot by looking at it. 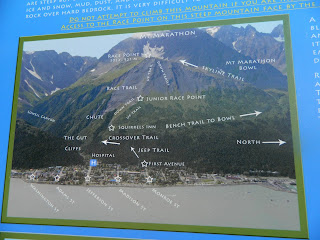 There's advice on how to run the trail... 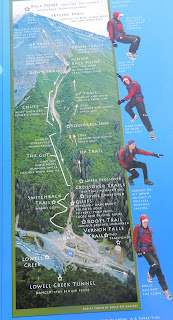 ...identification of the nice plants in the area... 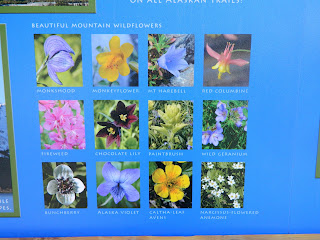 and the not-very-nice-at-all plants the racers are likely to encounter on the mountain. 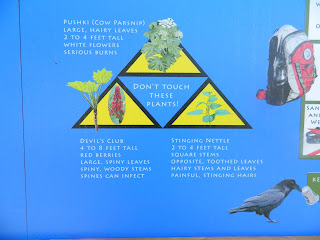 Well, it's all uphill from here. 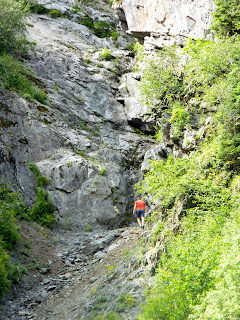 
Then it's past the hospital ER again.  Or not.  Some crawl or are carried in for treatment.  A couple blocks farther downhill, make the turn at the phone company and stagger past the fire station.  Or not.  The fire hall is not only the best place in town to watch the race, it's also set up as an emergency treatment station.

Just downhill is the finish line for those that make it that far.  The record time for the men's race is 43 minutes and 23 seconds, set by Bill Spencer.

For the spectators, there are numerous vendor booths set up on the streets, and every business in town will be over-whelmed. 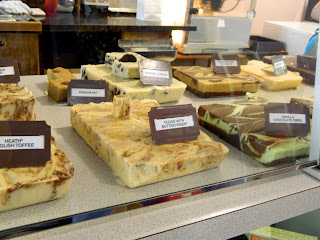 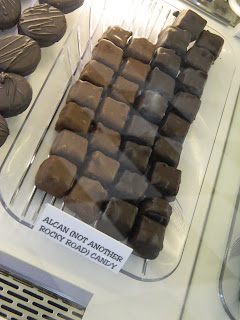 But along with the spruced-up storefronts, every so often there's a reminder that Seward has been here for more than a century and with that longevity comes a bunch of history. 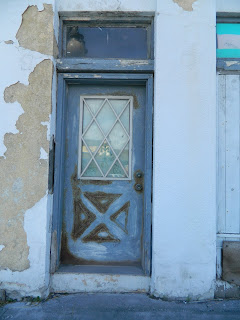 When all the celebrating's done, you've had your barbequed chicken plate in the parking lot of the Catholic Church or a sampling from any of the numerous food vendors and restaurants in town, it's time to head out of town.  Merge into the long line of traffic and pass by the exclusive homes above the lagoon. 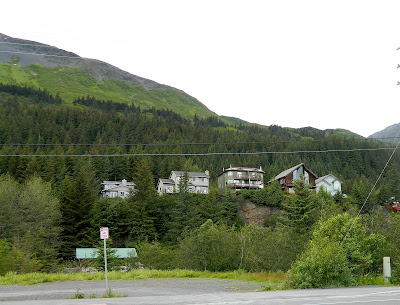 Just there, as you pass the small boat harbor on the right... 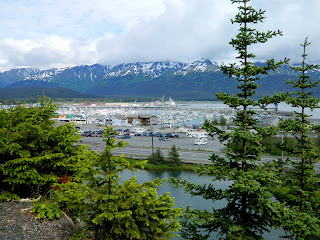 ...look up and slightly to your left.  Up there on the hillside, on one of the streets marked as a tsunami escape route, is a large, cream-colored building.  It grabs your attention and stands like a sentinel over this town, reminding everyone in the know of a large chunk of Alaska's history.. 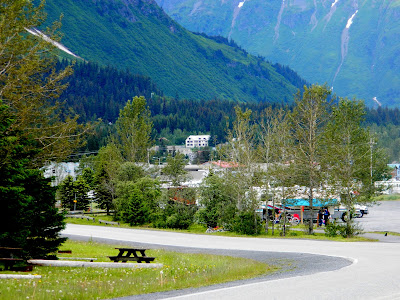 Years ago, an important part of that history was crafted by a young Alaskan native boy who lived in the building, a lad who imagined something that one day would be known as, "the best in the nation."

But first, bite the bullet and pull out of traffic into the small park at the far end of the lagoon, the place where the flags are.... 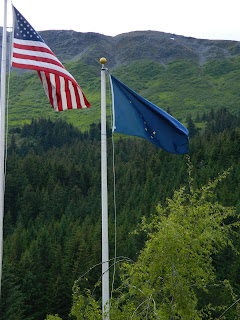