After the Junior Mount Marathon race and after the women racers were scrambling up that steep mountainside, the street belonged to the six and under group.  The mini racers lined up on the starting line in waves according to age.

Sort of.  Mostly there was a gaggle of moms, dads, and kids, with all the adults giving last minute encouragement and coaching tips.

In a sea of reds, whites, and blues--and a lot of pinks and purples--the six-year-old girls were the first to start. 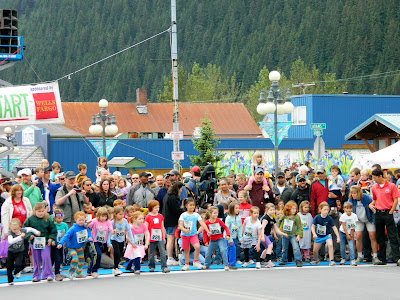 But first, there was the traditional sizing up the competition. 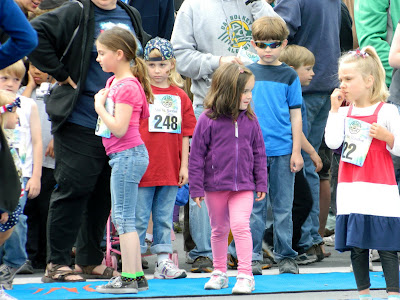 Or, admiring the competition's dress.  Or maybe the hair-do.

The boys, however, weren't into fashion.  They were all about muscles and whipping the competition.

Another wave of boys raced up the block from the bank to the fire station, about maybe perhaps could be somewhere close to a half a block maybe more or less and somewhere in the vicinity of.

The next wave of girls came to the starting line.  Keep your eye on the wily competitor in the race--the little girl at the far left in maroon sweater and pink and white print skirt, bib number 53. 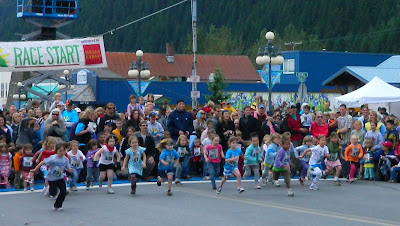 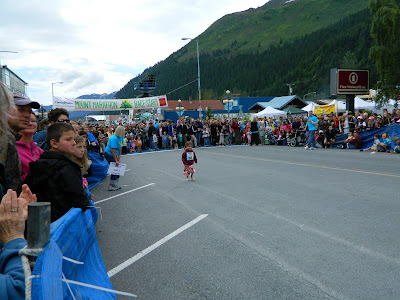 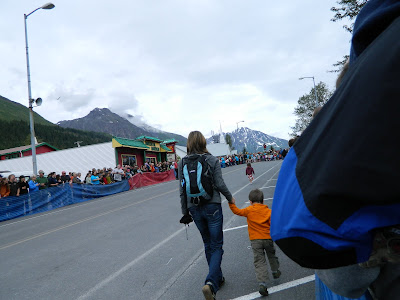 Too late now.  Up the road she goes.   Is she so far behind she thinks she's in the lead?  Or did she get a jump on her age group? 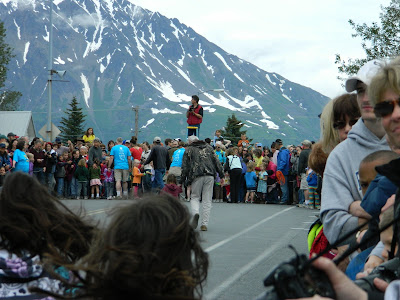 Grandpa to the rescue. 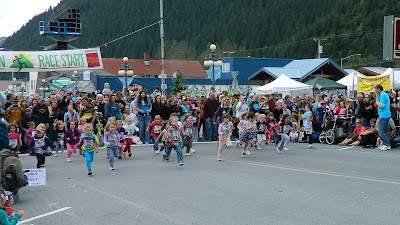 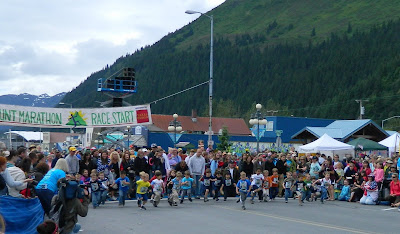 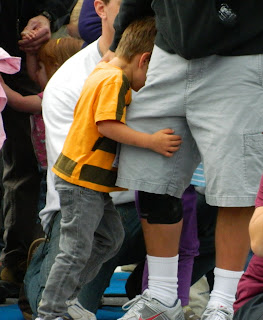 That's the way, Sweetie.  Give the competition the old fish eye. 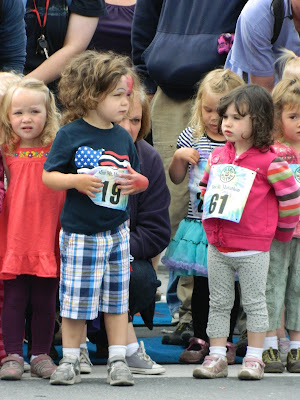 The call went out for the three year old girls. 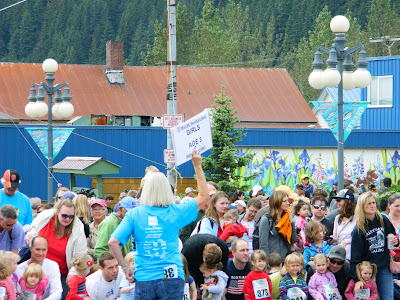 Well, we all know what girls are like, don't we? 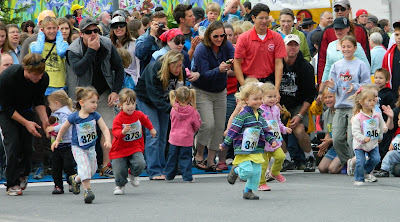 Mommy, I have to go to the bathroom first. 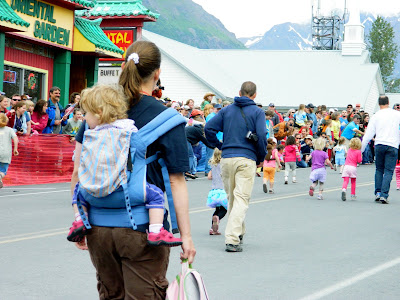 The two year old boys and girls race was more mom and pop than boy and girl. 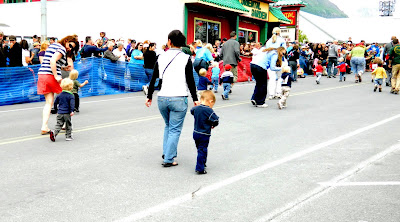 Okay, whose race is this, anyway? 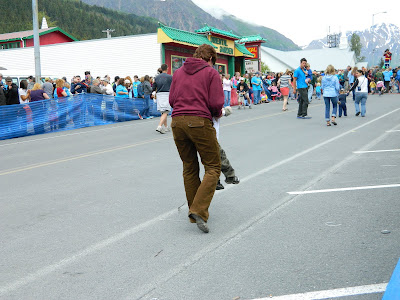 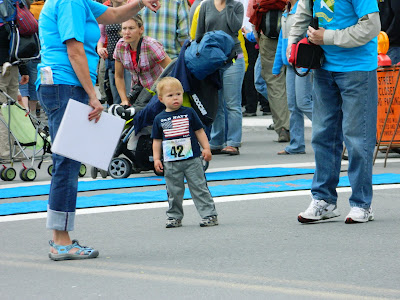 And then, one boy turned around and came back. 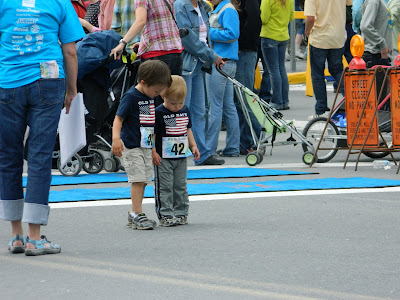 I like to think he's a big brother. But, even his coaxing couldn't get the lad up the street.

Who had the most fun with this?  The kids?  The moms and dads?  The race officials?  The spectators?  Yeah, all those had fun.

But absolutely the most fun of all was had by this tyke in bib number 2.  Even the starting lineup was a kick.

He thought he'd stick around an extra minute or so and enjoy the moment, even after the other kids ran off.

So what if he stops a couple times mid-course and looks around with a big grin on his face?  He's savoring the moment, man, enjoying the cheers, hearing the applause.  Guy's gotta soak it all in, you know.  This race only happens once a year.


Eventually all the mini-racers had cleared the street, just in time for a pink blur to come swooshing through on a blistering pace. 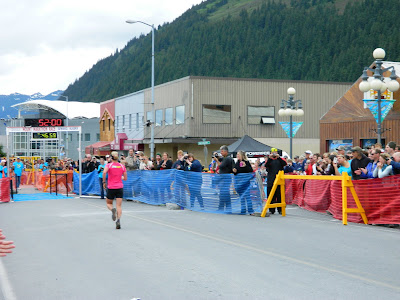 And a great time was had by all.


(PS:  My 16 year old friend Miles Knotek was pretty sore today after winning the Mount Marathon Junior Boys race with the second fastest time on record.   He didn't spend today doing what I'd do, that is, he didn't lie on the couch moaning while downing a bottle of Aleve.  He went on a 15 mile run through the Lost Lake mountain area.)
Posted by Gullible at 9:24 PM