Pablo Goes to the Vet

A swelling on the side of Pablo's face prompted calls to avian specialists, and yesterday we went  to Anchorage to see one.

Pablo loves riding in the truck.  He sits on top of a small travel cage and can see out the windows.  There were a few tense moments after I put him in the truck and then went to get my jacket, which he hates.  I distracted him by pushing the garage door opener and he decided that was more interesting than attacking me. 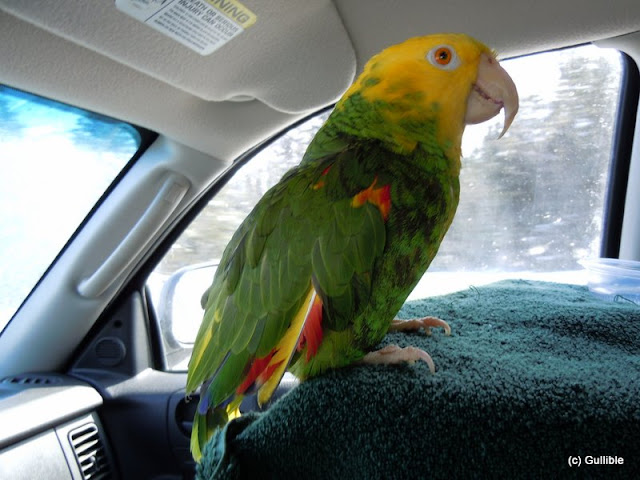 Here's a pix of the swelling on his face, under his left eye.  That's on your right.  ( Your other right.) Checking out the exam room. 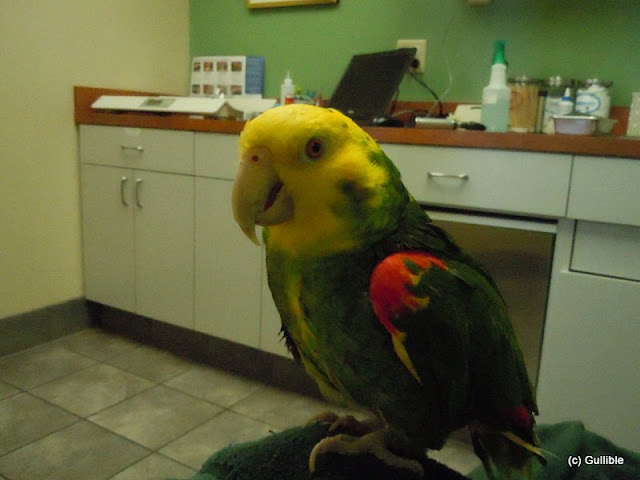 Pablo is celebrating having just run the vet out of the exam room.  (The vet went to get a camera.) 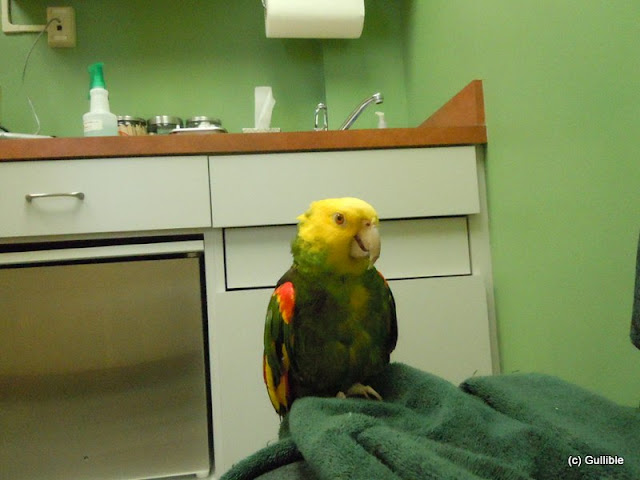 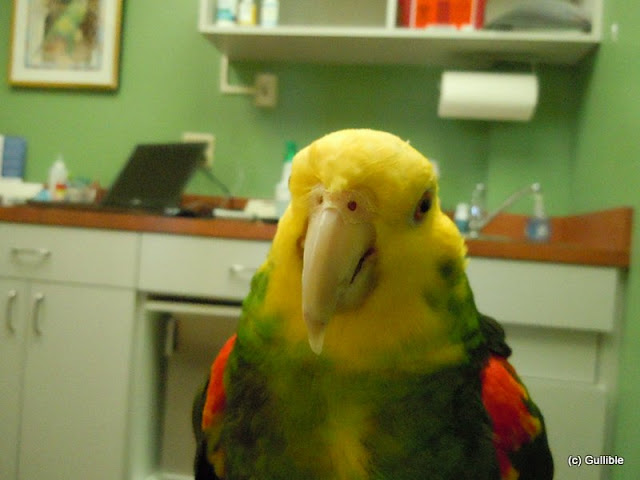 After that, the vet came back in the room with a pink towel that had many holes munched in it by other parrots.   By this time, Pablo was sitting on my knee, protecting me from the unknown menace.

There are no photos of the exam, the stethoscope, and the pedicure because I was holding an angry bird wrapped in the pink towel, which now has a lot more holes munched in it. 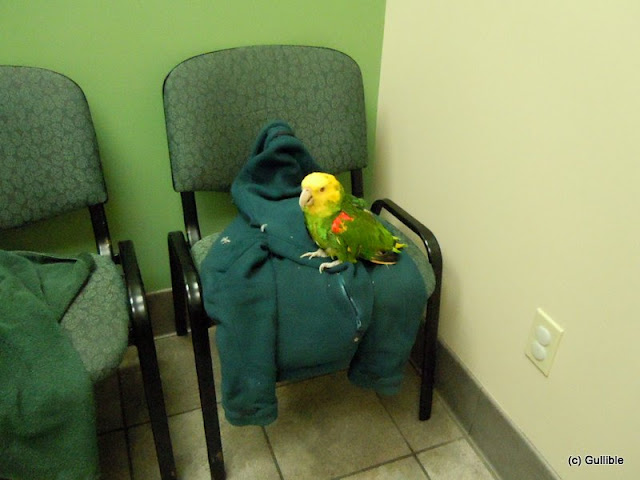 It's all over but the talking.   I put Pablo down on the green towel that's on the left side chair.  He promptly walked over to my hated teal-colored jacket on the other chair, shook a few feathers loose, and looked like he was saying with his body language, "Grab me and your jacket and let's go home!" 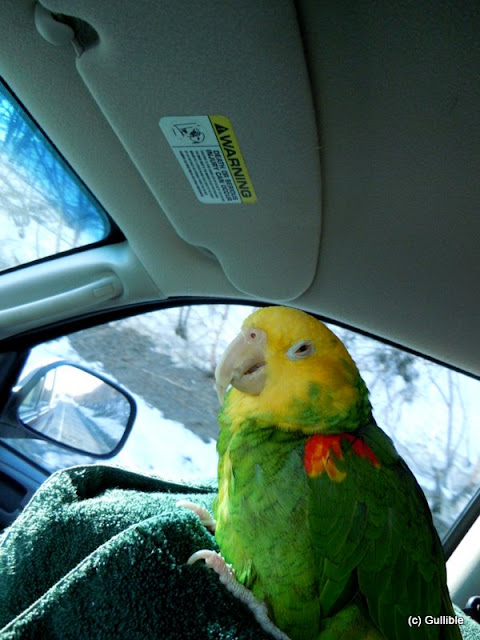 Pablo loves riding in the truck, but it does so interfere with his nap.  Make that "naps," plural.


No verdict yet.  The swelling is an enlarged air sac, one of many on his body that have suddenly become enlarged.   These air sacs, in addition to keep birds light for flight, are part of the respiratory system, so there's something going on with that.

Sometime next week the vet will call with the results of a preliminary posting of his air sac photos on a vet site, and we will determine whether or not to proceed with drawing a blood sample.  Usually this is done by inserting a needle into the jugular vein in the neck (ACK! ACK! ACK), but because there is so much air under the skin around his neck too, he will have to be sedated and blood drawn from a vein under a wing.

One thing the blood draw will tell us if whether Pablo is a Pablo or a Pabletta.

Before we left the vet's office, Pablo was kind enough to provide a fecal sample for testing, though I suspect Pablo was conveying a more subtle message.
Posted by Gullible at 2:49 PM