When an Agave Loves a Ficus

She's done it again.   this is from writing instructor Ann Linquist:

The Secret Life of Plants

I once knew an agave cactus who admitted to me that he was in love with a ficus fig.  He knew the romance couldn’t last since he only bloomed once a century, and Ms. Fig was expecting some sort of overt display of affection. 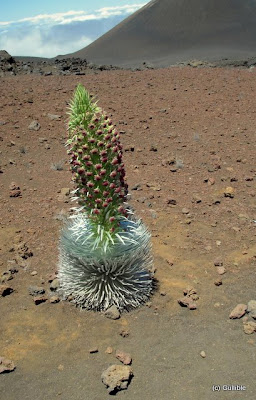 “Angus, if you don’t stop your moping about, your leaves will freeze in that position.”

“Mother, that’s an old wives’ tale,” said Angus, even though he suspected it might be true because every day he noticed that though his leaves were growing longer, they were starting to droop at the tips.

“What is the matter with you, son?”

“It’s Francine, Mother. I simply can’t think of a way to get her to notice me.”

“Francine? Francine!!! You mean that ficus fig down the street? Why, Angus, you can do much better than someone from that Moraceae family.”

“But, I love her. I’m thinking about going to the hardware store and getting some fertilizer high in phosphorus so I’ll bloom young and she’ll notice me.”

“Oh, my Monocots! I’ve never heard of such a thing. You know what happens after you bloom, don’t you? What would any woman want of a Silversword about to die, even a ficus?”

“What? What did you say? Did you call me a Silversword? I thought I was an Agave.”

“Only on your father’s side, Angus, and that was many generations ago. Look at your leaves, you foolish boy. Don’t you see how silvery there are? And do you not see how you have no spines like your father has?”

“Yes, but I thought they were his whiskers.”

“Francine, I have been wanting to talk with you for a very long time. Is this a good time?”
“Why, Angus Agave, I thought you’d never speak to me,” said Francine. Angus was too nervous to pick up on that clue, so he blundered onwards like a teenaged boy.

“Francine, I know it is customary for suitors to bring Miracle Gro fertilizer or See’s Chocolates or 1-800 Flowers when calling on a lady fig. I, however, cannot carry any of those items. I thought about forcing myself to bloom, but then I would shrivel and die and that is counter to my purpose.

“Therefore, dear Francine, I would like to ask your father, Franklin Ficus, if I may have your hand in what amounts to marriage in the Kingdom Plantae. Being a careful planner, I wanted to discuss this with you first.”

“Why, Angus, this is such a surprise. I’ll have to consider this. Where would we live? In the harsh desert with the scorching sun and blasting sand? That would be so hard on my complexion.”

“No, my love. A tropical kingdom awaits us on a distant island, the island of my forebears, on my mother’s side. I plan to travel there with you and live in Paradise.”

“But, Angus, the agave families live in deserts or in xeriscape yards.”

“My sweet Francine. Not long ago I found out I was but a distant relative of the Agave Family. I am a specimen of the rare Silversword and we will live with my brethren in our ancestral home, The House of the Sun. I can promise you an island in the sky where the clouds spread out below us like a second layer of ocean,” said Angus, plagiarizing his Google research.

“I promise you soft showers that will keep your complexion always young. 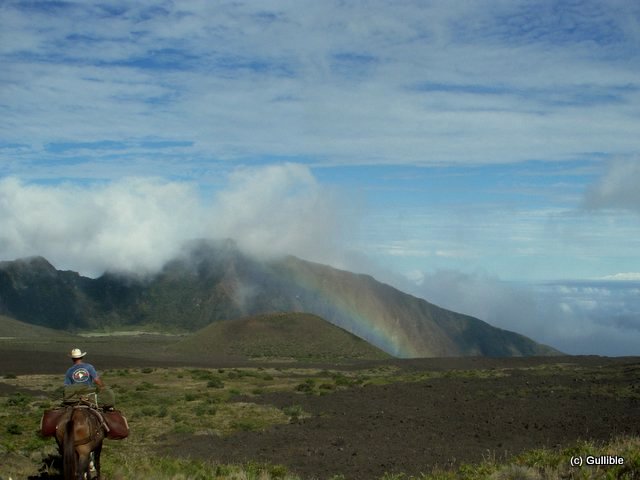 I promise you all the colors of the rainbow within your view, colors that shape-shift as the sun moves from side to side. 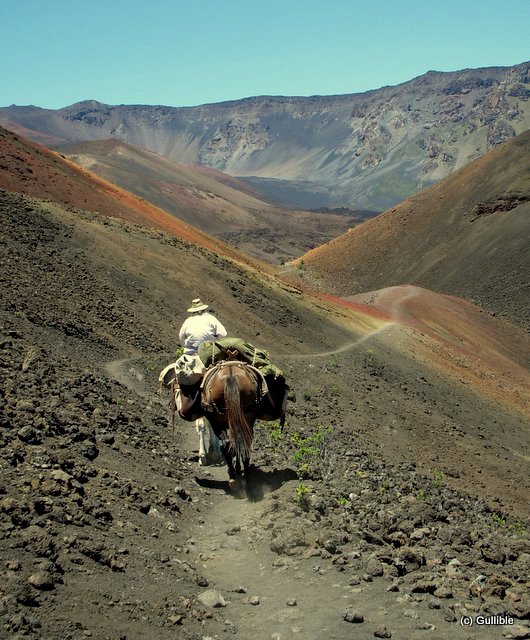 In the evenings as the sun sets, you will see the ropes of hair that Maui used to lasso the sun and bind it to the earth. It is there that Maui lives and keeps vigil so the sun does not move too quickly across the sky, causing the kapa cloth not to dry and the fruits not to ripen.”

“Yes, dear Francine. I promise you Haleakala Crater on the island of Maui if you will marry me.” 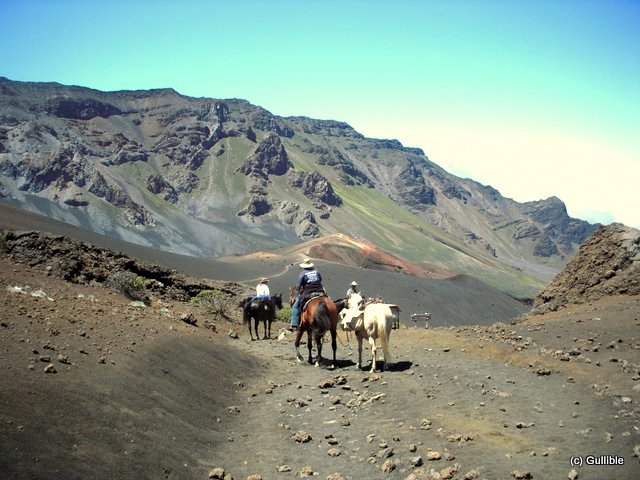 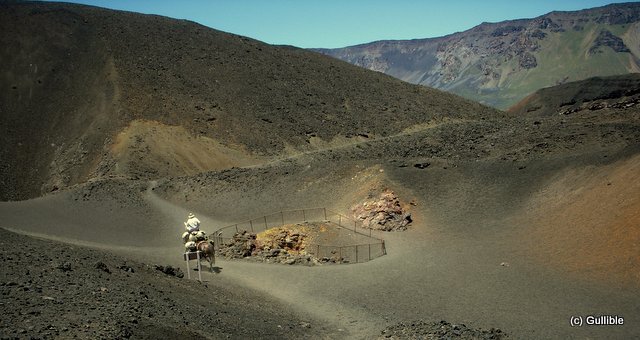 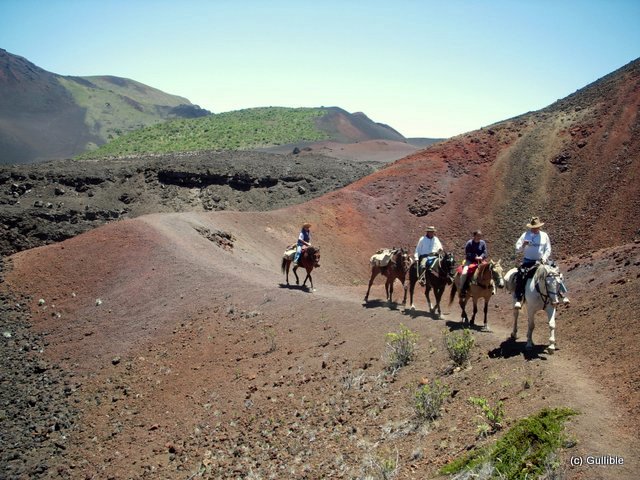