The Nice Day for a Drive Journals, Ch. 5, Ghost Town


And we’re off on a drive through the Alaska Range, home of Denali, the largest mountain on the North American continent.  (Some people still insist on calling it Mt. McKinley, but we know better, don’t we?) 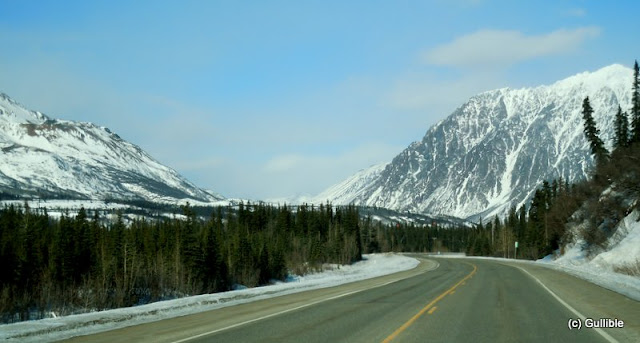 Fifteen miles into the mountains we reach the ghost town of Denali village, a strip of commercial development less than two miles long on both sides of the highway just north of the entrance to Denali National Park and Preserve.  All this Wasilla-fication horrifies most Alaskans who like their highways scenic and not fraught with commercial signs, but it’s a welcome sense of civilization in the middle of nowhere for tourists, even if it is less than two miles long.


This is where all the lodges, outfitters, and restaurants are located.  You can raft the Nenana River, buy a more or less authentic Native Alaska ulu (a curved knife with bone or wooden handle that’s shaped like a fifth of a pie), and feast on salmon, halibut tacos, and king crab legs.   Or burgers or
ice cream or coffee.


There’s also a Chinese fast food wagon where, if you order Almond Chicken you may not get Almond Chicken but Orange Chicken instead.   (http://gullible-gulliblestravels.blogspot.com/2011/08/you-say-tomato-and-i-say-tomahto.html)   Well, Pablo liked it a whole lot more than I did. 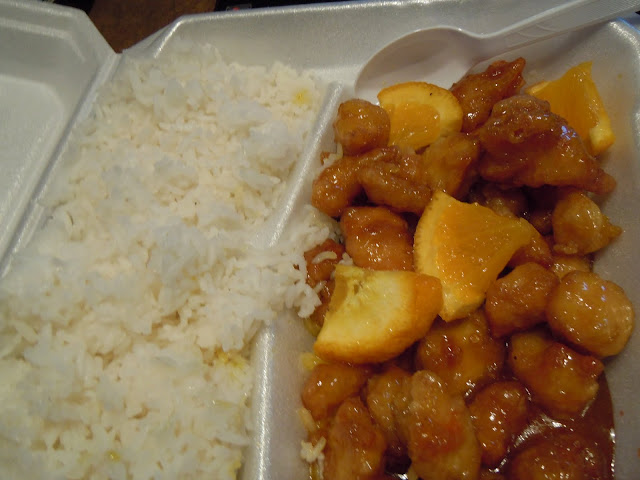 Campers can get the gear they forgot, as well as Park-approved food storage containers that are a must when in grizzly country.

You can gas up the RVs, buy tee shirts, some nice and some tacky souvenirs, and find the warm clothes and rain gear you should have brought with you but didn’t because, after all, it’s summer., isn’t it?   Forgetting, of course, that this is Alaska and summer is on the Fourth of July, unless it snows.   And I have seen it snow in Moose Pass on the Fourth of July. 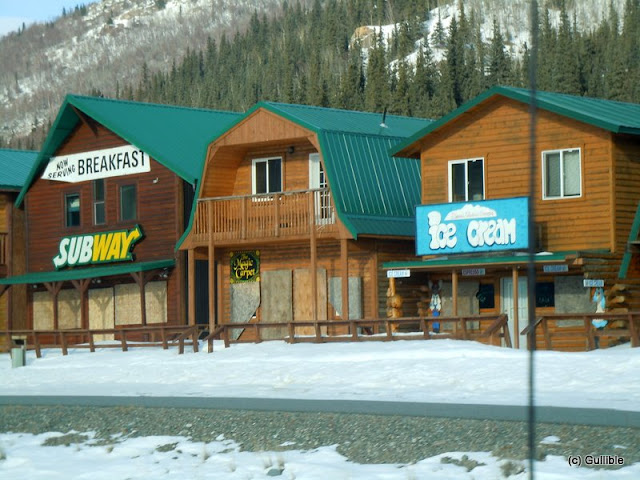 But this drive is in March and it’s most definitely winter.  As a result, Denali village is a ghost town.   Even the traffic lights—so very necessary when thousands of people are packed into a mile and a half stretch—are covered and on vacation for the winter.

During the summer months, most of these services are duplicated within a small village inside the park boundaries, and all of these places seem to do a whopping business during their three-month “season.”

Ah, but nothing moves in Denali village as we drive through.   It’s vacant and boarded up, so let’s head north.