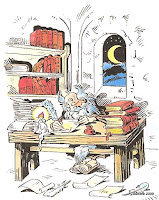 I had a friend, a long time ago, who was a man of great intellect and outstanding success in his chosen profession. He also was a poet.

He like writing sonnets, he said, as a way to relax, to relieve stress. Had he still been alive, I would have called him a couple nights ago and told him he was stark, raving bonkers. Writing sonnets for fun and relaxation? No way.

And I knew whereof I spoke. I was trying to write a sonnet for a poetry class I’m taking online, and I was far from relaxed. In fact, there were more four-lettered words than iambic feet spewing from my mouth.

You know lyrical sonnets, right? I’m sure you’ve heard them even if you didn’t recognize them as sonnets. Along with his plays, Shakespeare is famous for his sonnets, so famous that he was able to change the established formula and develop his own format, which is now called the Shakespearian sonnet. That’s the type that was my assignment.

1. They are fourteen lines long.

2. Each line is ten syllables and written in iambic pentameter, which is an unstressed syllable followed by a stressed syllable. That’s called an iamb, or foot. Times five, meaning five iambs or feet per line.

So one of Shakespseare’s more familiar sonnets sounds like this: “Shall I comPARE thee TO a SUMmer’s DAY?” The capitalized syllables are the stressed ones. Read it aloud and you can hear the rhythm.

Ah, but then the next four lines have different rhymes, so they’re called C D C D. And the third four are E F E F. So, the two last lines are a couplet called G G.

I worked on my sonnet for three days. I scribbled and swore and scribbled some more. I tripped over feet and meter until I was figuratively black and blue. More blue than black, considering some of the words I said aloud as a way of relieving stress.

Everything I thought of wanted to be four feet to the line, or six, and sometimes three, but never five.

About the time I was wishing my friend was still alive so I could call him and tell him exactly what I thought of his choice of relaxation methods, I stumbled upon my first line of iambic pentameter. Several hours and several pages of rejected scribbling later, I finally had something that resembled a sonnet. By then it was 2 a.m.

My sonnet’s a fragile one, at best. The rhyming pattern fits, it makes a little sense, though the feet and meter need some polishing.

But, now I see. Now I understand why poets like writing sonnets, despite the rigid formula. It’s like making a giant jigsaw puzzle, creating and cutting your own pieces to form a poetic picture. 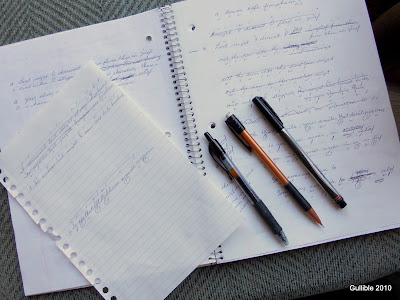