We have one chance to make a first impression...

“I’ve never seen anything like this,” said the Australian tourist recently at the pullout. Head down and hard at work, I knew without looking up exactly what he meant.

“I mean, dirty nappies and everything!” he continued. 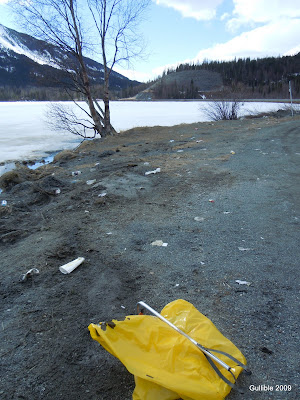 “And everything,” I repeated. It took a moment for the full import of my words to register. If people knew what I routinely clean up at these waysides, they’d never get out of their vehicles, much less let the kids and dog out to burn off energy. Think outhouse al fresco.

I was embarrassed. Embarrassed for my neighborhood, for my state, for the tourist’s permanent impression of a littered . This littering was done by Alaskans. I know because I’d cleaned this spot a couple times a week all last summer until snow covered it. 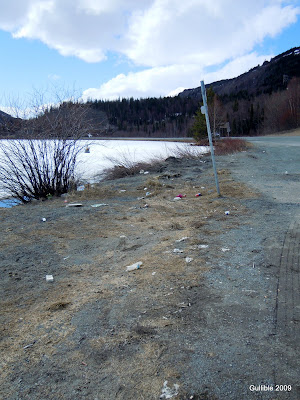 How else to explain the six-pack of beer bottles under the wild rose brackens, or the fast food bag full of pop and beer cans carefully tied to a willow branch? And I’m sure the wind didn’t blow those beer bottles fifty yards onto the lake ice.

I’m frequently asked if I ever get discouraged, picking up continually replenished litter from to the Turnagain Pass rest areas year after year. Of course I do, but its has its rewards, too. Folks thank me or honk as they drive past. There’s a lot of self-satisfaction in seeing a clean landscape. It’s terrific exercise and I see things never seen by motorists. 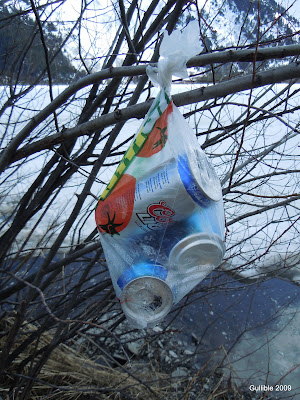 Last July I noticed a mega soda cup placed on the pavement beside a car. The driver moved the car over 20 feet and parked. I picked up the cup, walked over and asked if they’d forgotten it. Then I went kayaking on the lake for an hour, fully expecting the cup would be back on the pavement when I returned.

It was still there, but inside the vehicle, which they’d abandoned. It took several months before the appropriate agency could have it towed. 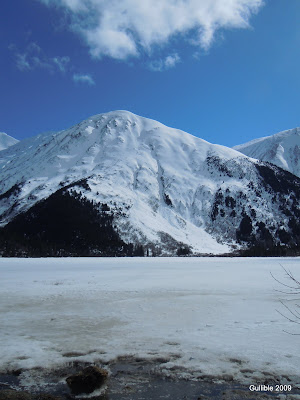 I filled three bags with litter, picking up everything but cigarette butts. The human life span is far too short to start that. 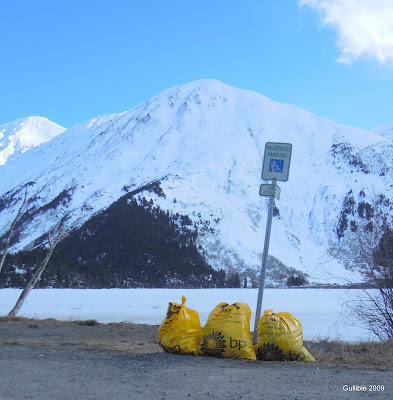 By the time the Australian man drove off towards Seward, I’d worked my way to the hedgerow of wild rose bushes. I smiled to myself, thinking about another reward. Later on this summer, when the roses are in full bloom, there will be pathways through the roses where people have carefully brushed them aside to relieve themselves at or into the lake with some rose-bush privacy.

They think the roses are their main foe here. They never notice the numerous stinging nettles that grow in their midst.

And that little reward pretty much tells you what I think of litterers.

(Note: this was written and the photos taken a couple weeks ago, Since then much of the lake ice has melted, and I've taken my kayak out to get litter from the lake bottom.)