“We have a one-bedroom unit available soon,” said the woman on the phone. She was calling from the senior housing complex in nearby Cooper Landing. I’ve been on their call list for several years.

I declined, explaining I’d have to sell my house first, but asked that I remain on the list. I also asked about the pet policy because I’d heard they had a no pet policy. Pablo Parrot would be allowed. Big hurdle there.

Then, I went to Seward for the second meeting of my writer’s group. Justine was hosting this one in her apartment above the coffee shop on the main street. She opened the security door, led us up the stairs, past the infant stroller parked at the top, past the other apartments, to the end of the narrow hallway. 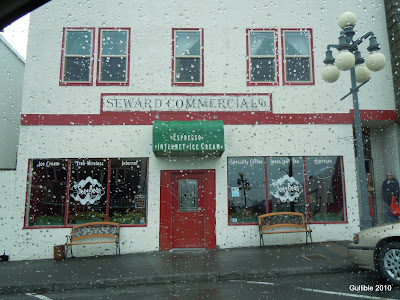 Upstairs is the Room with a View.


This was minimalist living defined, this tiny, one room plus a kitchen alcove. Oh, my, I thought, as I entered the scrupulously clean and tidy room. I’d need all of this room for my books alone.

The narrow strip hardwood flooring, the kind you rarely see anymore, was mellowed by age into a rich and warm amber. White walls with the high ceilings found in old buildings, and three double-hung windows made this corner apartment light and airy.

A pine armoire and matching dresser, also aged to a rich tobacco gold were built in plain lines and square corners, with no folderol decorations to offset their utilitarian purpose. They were perfect for this room with no pretensions, and they were focal points of warm antiquity.

The kitchen was closet-sized with minimal appliances, and open shelves to the high ceiling. Two or three dinner plates, a couple bowls, three cups, just what was required and no more. The pantry was almost bare, some tins of spices and teas, baking powder and a large jar of peanut butter. This was a city-dweller’s pantry, one with grocery stores readily available.

The bathroom was a half-closet size with an old clawfoot tub as the centerpiece. When you closed the door, the available space was enough to turn around in, assuming Weight Watchers and Nutrisystem were not part of your daily vocabulary.

A table next to a window, three chairs, a mini-couch, and a double bed completed the furniture in the room. She could put everything in here in her backpack, grab her white Mac laptop, and off she’d go, I thought.

It gave me much to think about as I continue to consider selling my home and moving to a senior housing apartment in nearby Cooper Landing. Thirty-three years of living and accumulating at this one spot precludes stuffing everything into something I could carry, even though I have been ruthless in winnowing down my seemingly inexhaustible supply of tee shirts. Six more bags of shirts and jeans went to the women’s crisis center in last week. 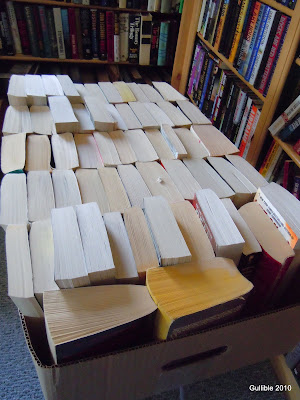 A large box of paperback novels awaits delivery somewhere, and I’ve become a regular contributor to the large green bear-proof/bird-proof containers at the solid waste transfer site, which is our version of trash disposal. I’ve been buying books for my Kindle, all stored in less than a half-inch rather than on my over-crowded bookshelves. 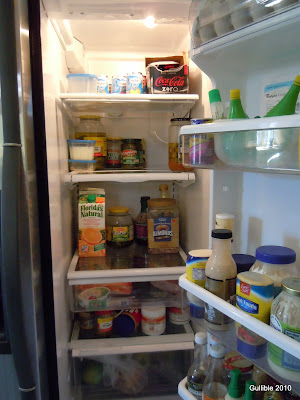 My pantry is a mere shadow of its former self now that my menu reflects a widowed woman who no longer likes to cook for herself. Living a two-hundred mile round trip from the large grocery stores and Costco meant stocking up and buying in bulk all those years, but is no longer necessary.

I’ve down-sized from two and a half refrigerators to one, and my crammed-full 25 cubic foot freezer (large enough to hold a packaged moose, wild berries, salmon and halibut, plus bulk purchases of chicken and pork, a couple turkeys, and a supply of veggies) now seems about five times too large for what’s in it. 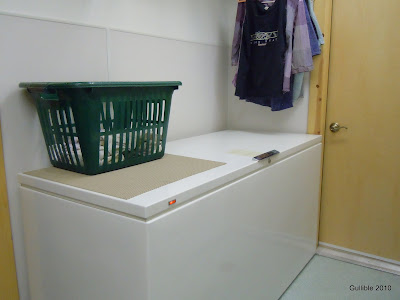 The huge freezer once held enough to feed the neighborhood in case of natural disasters.

I frequently feel tied down and constrained by possessions. I dread the thought of moving, yet yearn for the freedom to come and go without worrying about heating systems that might fail and freeze the waterworks in this house, about snow loads on roofs, and a 500-foot long driveway that needs plowing.

But, oh, to be able stuff it all into a backpack, grab the laptop, and go.