I'm exploring new territory lately. That's why you haven't heard a lot from me.

This litter-picking thing? This obsession of mine? I used to stop at Mile 68.5, the rest areas in Turnagain Pass, but I've always had my eyes on the stretch of road beyond that.

So, four days ago, I started walking downhill towards Turnagain Arm, folded yellow litter bags in my fanny pack. It's seven miles from the thousand-foot elevation of the Pass to Ingram Creek at sea level.

I've been rained out three days in a row. I've come home sopping wet twice. Today the rain didn't start until I'd reached my goal for the day. 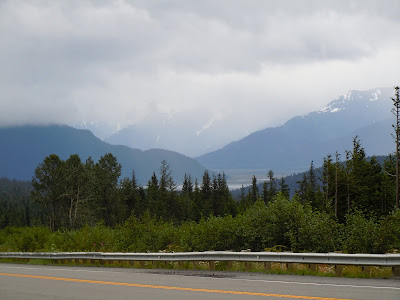 I'm more than half-way to Ingram Creek. A little cooperation from the weather, and I could finish this in two or three outings. 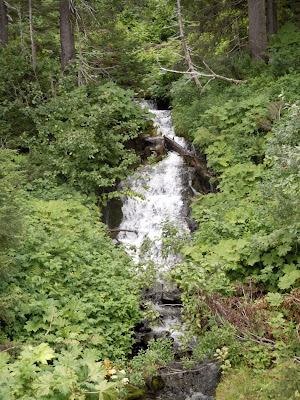 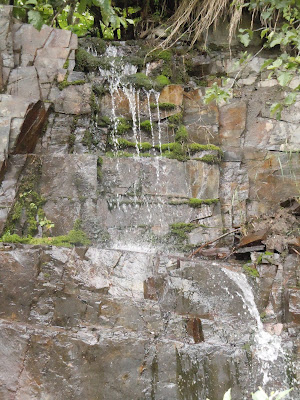 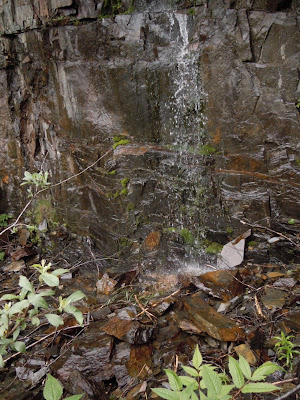 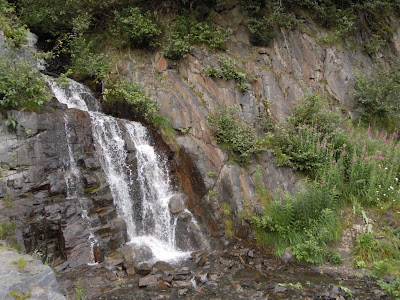 They are right alongside the highway, but most folks don't see them because they're zipping by. They are one of the rewards of what I do--finding the quiet hidden places that few see.

A couple days ago I stopped to pick up some new trash alongside Sixmile Creek, and some guys were floating past in these what-cha-ma-call-its: 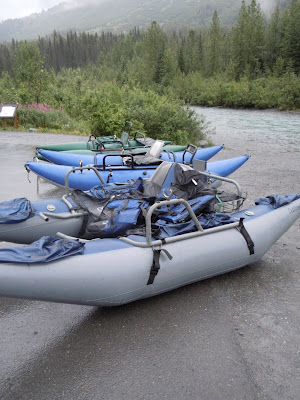 By the time the third guy was passing, I found my voice and asked if they were going to float through the canyon. He shook his head and smiled.

A quarter-mile down the road, I saw they'd pulled out. See that quiet, peaceful river there on the right of the above photo?

A few bends farther and this is what happens: 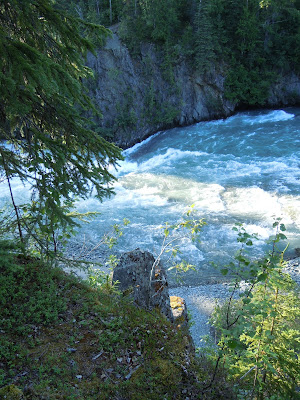 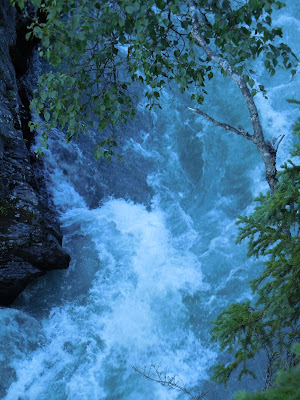 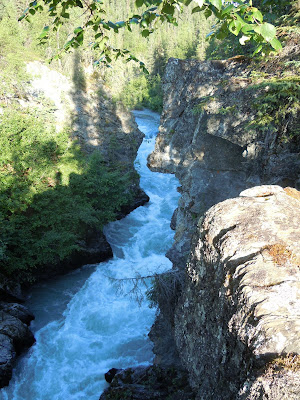 Earlier in the week, the Anchorage newspaper had a story of a bunch of people rescued in this area by professional rafting guides. The neophytes were wearing tee shirts and waders. The pros and their clients were in dry suits and helmets.

Speaking of taking photos, my Nikon DSLR has been missing for a week or so. This evening I launched a concerted search effort. Checked the cars and every room in the house. Then went to the loft, where I usually keep it.

I remembered that I'd pulled the battery to charge it. That was my last recollection of having the camera.

Aha! Battery is still in the charger at battery central. 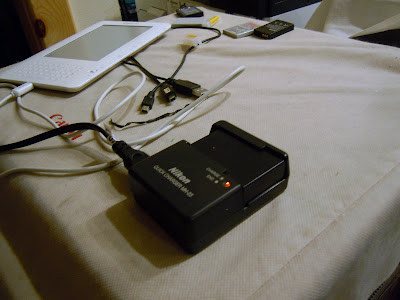 I looked around and lo and behold, it was hiding in a copper bowl: 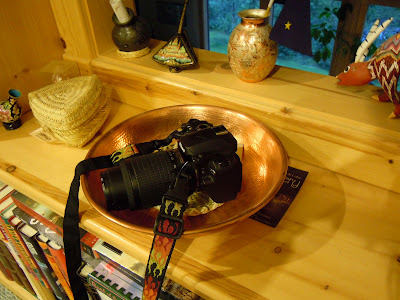 I'd sure like to know how inanimate objects can find such ingenious hiding places.

I've found I've been taking lots of pictures in stormy, rainy, cloudy, misty conditions, finding the lighting a lot more dramatic than on sunny days. Which is a good thing, considering that we haven't had any sunny days. 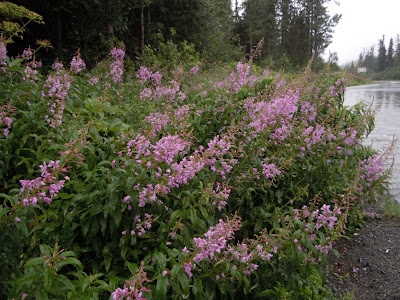 And this bald eagle sitting on top a spruce tree, almost obscured by mist. 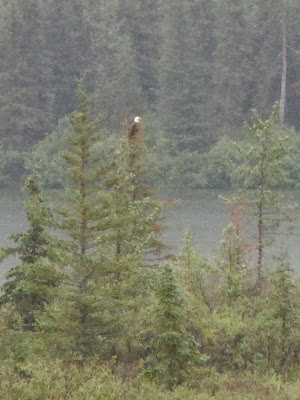 First thing I thought when I saw this plant was "Go-o-o-o-o-al-l-l-l-l!" Really, that's its real shape. 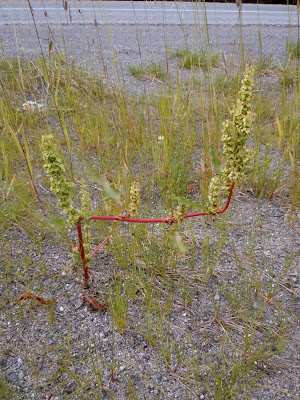 And then there's the wild roses... 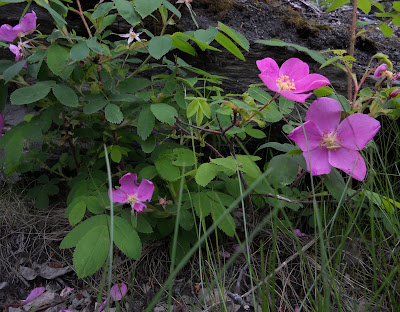