I stayed home most of yesterday, taking care of some neglected chores. While I worked, I also listened to and watched the televised memorial service for our beloved Uncle Ted. There were a number of out of towners there--Vice President Biden, several members of Congress, dignitaries from overseas. Those who spoke mentioned Uncle Ted's love for Alaska.

And then, around seven o'clock, I could fight the craving no longer.

I was heading to the bottom of this hill and around the corner. Click on the photo to enlarge it to full screen to get the full effect of the layered mountains. 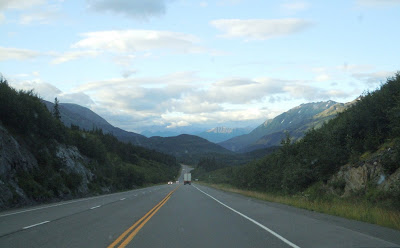 When I reached the exact spot I wanted, I parked, grabbed my grab stick and started filling yellow bags. It took me two and a half hours to cover a mile of highway--one mile up and one mile back.

I could have done it much quicker had I not stopped to watch the light show and take pictures of it. Here are some photos that show the progression. I've divided them into two groups--one set looking north and the other looking south. 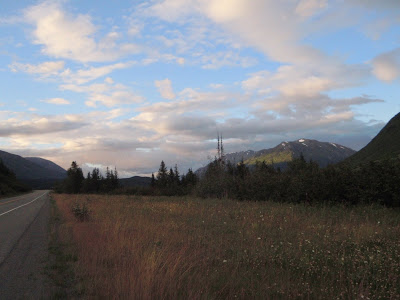 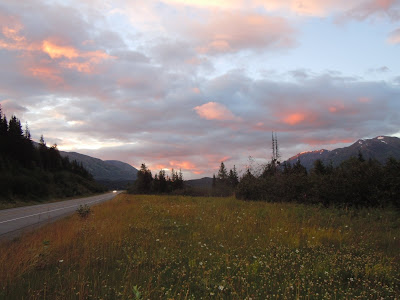 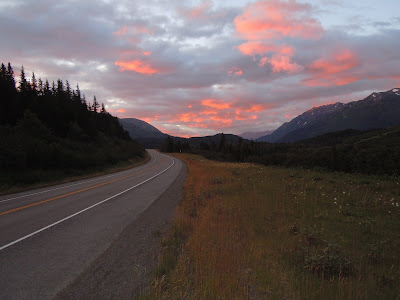 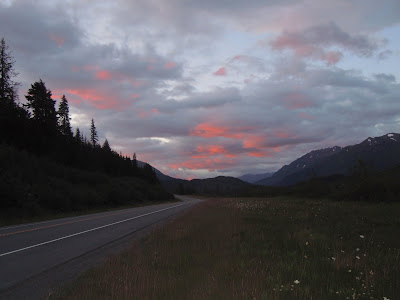 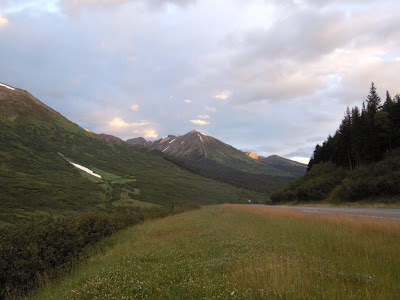 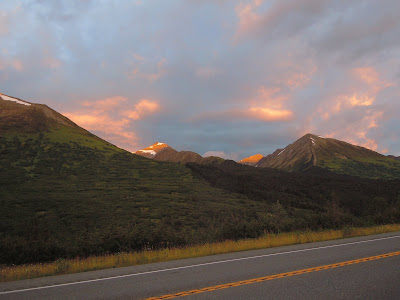 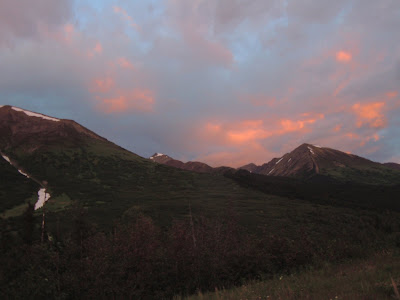 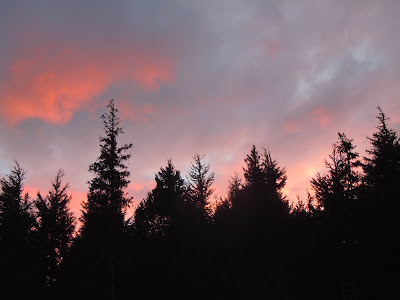 I wonder if any of the out of town mourners were still in Anchorage this evening. I wonder if they happened to look outside sometime between 8 and 9:30 p.m. If so, they saw something of what Uncle Ted loved about this land.
Posted by Gullible at 12:03 AM