Sixty-nine years ago today, on a quiet Sunday morning, American Armed Forces based in Honolulu were attacked by the Japanese Imperial Army, and the United States was drawn into World War II.

Most of us remember where we were and what we were doing at the moment of historic events. I know where I was, but not what I was doing because I was exactly two weeks old. Several years later, my father returned home from the Philippines, and I posed in his Army Air Corps dress hat. 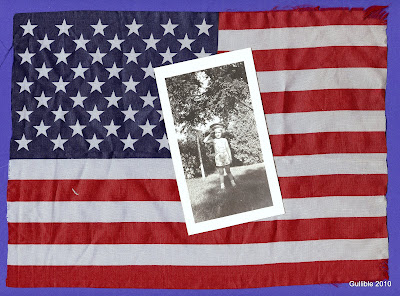 For all veterans, past, present, and future: Thank you for your service.
Posted by Gullible at 4:51 AM