What are the chances?

Today was another full-on bonkers day as I ran the mail delivery route, six hours and 130 miles out of the shadow of Wrong Mountain. Really. That's its name.

I left the house in darkness this morning. Six inches of snow had fallen during the early morning hours in temperatures just above zero, and as a result the snow was as light as a fleeting thought. 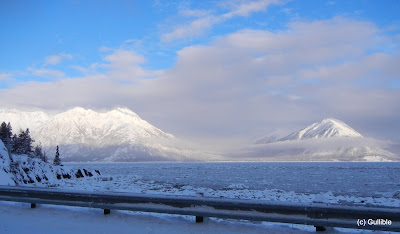 When the late-sleeping sun finally struggled above the mountain peaks somewhere around 10 a.m., it illuminated a partly-cloudy sky and layers of fog levitating above Turnagain Arm. 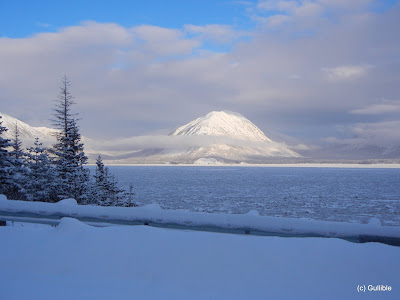 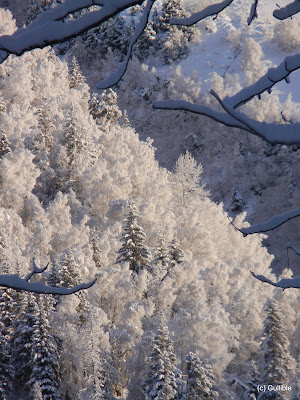 The snow added to the already heavy flocking on tree branches. 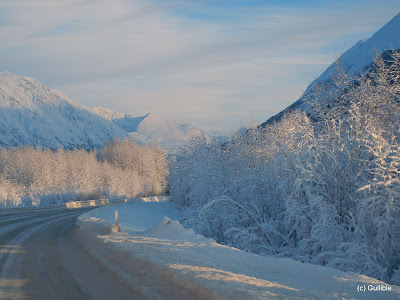 Sometimes the drive seemed to be through a wonderland of snow. 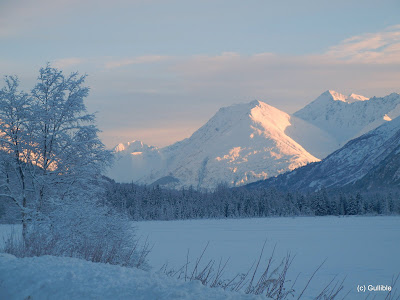 By the time I completed the mail run, the sun was sinking back below the horizon. 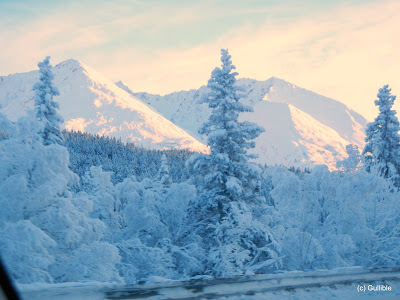 But just before I left the last village, I noted mist rising over the mouth of Kenai Lake. I parked the truck and walked back, knowing what I would find and wanting a picture of it. 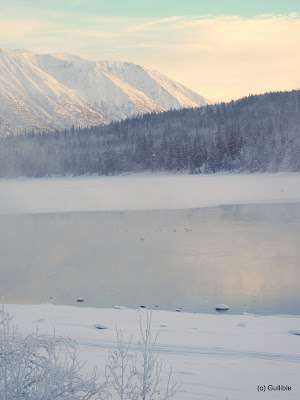 Open water at the mouth of Kenai Lake.

My husband would call these last two pictures "ptarmigan in a snowstorm," because of the limited visibility. Ptarmigan are solid white in winter, except for their black eyes, and obviously ptarmigan would be almost impossible to see in a snowstorm. It's an old joke between us, one for pictures taken of who-knows-what.

But I knew what I was after, and here they are:

Three white adult swans and one gray cygnet in the mist of the lake.

I could barely see the birds when I took these pictures using the optic zoom.

What are the chances, in two out of four pictures, that I would capture these exact moments of symmetry?
Posted by Gullible at 10:18 PM