It's sometime-o'clock in the morning in San Francisco.  I've been awake since 3 a.m. after going to bed yesterday afternoon at 2.

I have regained the half day I lost traveling overseas and I took advantage of it to try to return to a normal West Coast time zone, but 3 a.m. does not bode well for that as I'm flying to Alaska today where 3 is actually 2.  I think.

Anyway, I'm in San Fran where the season is summer.  The locals might think of it as spring because some of the trees and shrubs aren't leafed out, but to me it's definitely summer.  Warm + blooming flowers = summer. 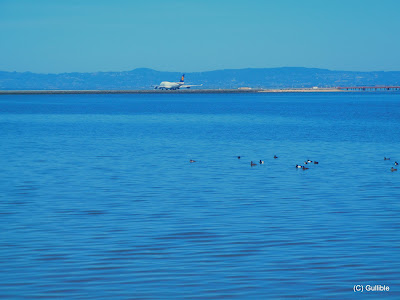 My layover motel is just across the water from the SF airport.  I notice I am choosing motels by whether or not they have free WiFi in the rooms.  The criterion used to be free airport shuttle.  At the Holiday Inn Express in Frankfurt, it cost five Euros for the shuttle.  It also cost six Euros to use the broadband internet connection in the rooms, 3.5 Euros to have something printed in the lobby.  (A Euro is worth about $1.45, thus five Euros is roughly $7.50.  Easier to figure if you round it all off).

These charges irked me for a while until I realized that they are charging the equivalent of user fees and thereby keeping their room rates more than reasonable. 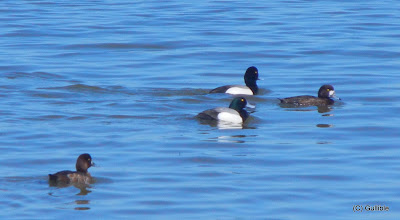 One thing I've discovered by being up so early is how inane the morning shows on CNN and FNC are.  I never have the TV on this early at home.  Never.  I never watch any morning shows. 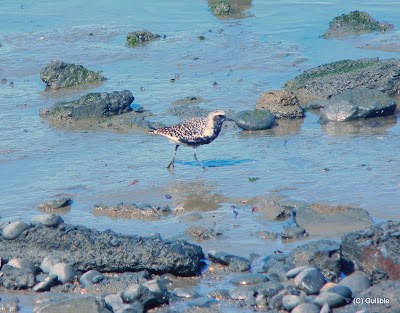 We had access to very little US news while in Europe, so I have a lot of catching up to do.  Or not.  From what I've heard so far, nothing much has happened..during my absence, except Ohio is now embroiled in the same union fight as Wisconsin.

And GE didn't pay any taxes on--what was it?--$58 billion in profits or something?  I was a bit rummy yesterday afternoon after ten or eleven hours of flight. 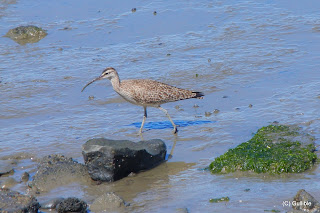 And The Rock says he'd like to live in England because Prince William has decided not to wear a wedding ring, and The Rock says, "My man."  He'll be sleeping on the couch for a while.

Patti the Parrot Sitter says she and Pablo have had some interesting conversations.  That should be fun to hear about.  And yes, I realize I'm replacing periods with prepositions, but you must understand I haven't a clue what day it is or what time it is relative to me and my world in Moose Pass.

All I know is that it's summer in San Francisco and I have an Alaska Airlines flight to Alaska later this morning where it probably will still be winter, or maybe early spring, which definitely means there's snow on the ground.  We actually call spring "break-up" because the roads start coming apart with the thawing and driveways get muddy.  That actually sounds rather nice right now.

By the way, remember the jacket I left on my Alaska Air flight at the beginning of this trip?  Well, I got it back yesterday.  Ak Air had folded and saved it along with the note I slipped under the door a couple weeks ago.  Now, I have back my favorite jacket as well as the beautiful Jack Wolfskin teal jacket I bought in Rothenberg.

Oh, and the food on Lufthansa is much better than the food on United.  Much.
Posted by Gullible at 6:19 AM