Luoyang, China, Sept. 2010
We are in the ancient city of Luoyang, one of the oldest cities in China and now populated by more than six and a half million people.   As with everywhere in China, the air is saturated with  gray smog, limiting visibility in the extreme.  It is almost a palpable substance in the air.

We have a full day of sight-seeing—the Longmen Grottoes, a Chinese Opera, and a visit to an elementary school.
In between, we are to have lunch in a family home.  Our bus driver maneuvers the rattling bus through narrow streets of a nearby agricultural town and lets us off on a narrow dirt lane.  He will have to park elsewhere. 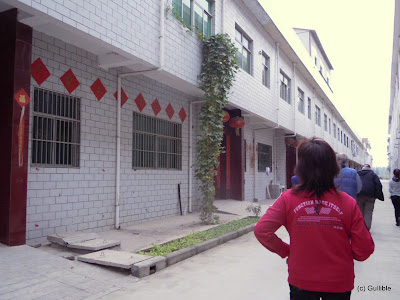 We approach two white concrete block buildings with red trim and bars on all the windows.  The two buildings face each other.  We separate into three groups, each going to a different home.  Hue, our group leader, goes with us and greets the woman of the home with an affectionate hug. 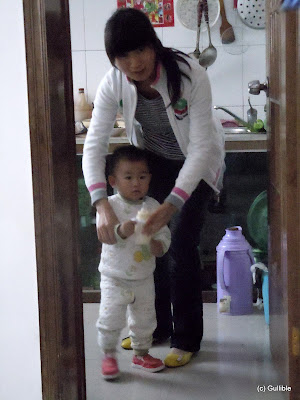 The woman’s baby girl is dressed in pajamas, open at the crotch like all the young children we see in China.  It is done, they say, to facilitate toilet training.  The husband is at work, and her mother-in-law helps her prepare and serve. 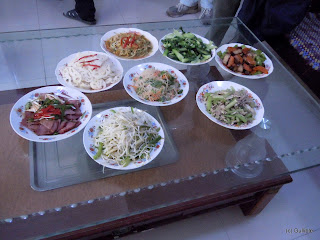 This time I know we are dining in a living room.  It is spotlessly clean, only a toddler’s toy or two visible.  A low glass table is set with cold appetizer dishes, and we seat ourselves around the table on tiny plastic stools.  Beer, tea, and juice are served, and an impossible number of excellent hot dishes follow.  We feel guilty about leaving so much food until we learn that the left-overs will feed the family for several days. and that they are given a stipend to purchase food for our lunch. 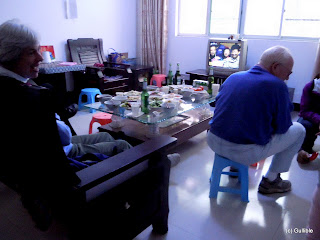 I peek into the kitchen before we leave.  It is spotless.  I see only a hot plate for cooking.  The bedroom is Spartan, the floors are polished. 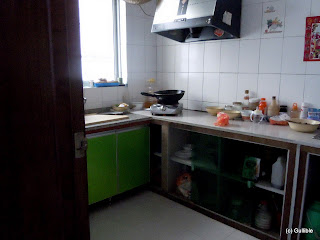 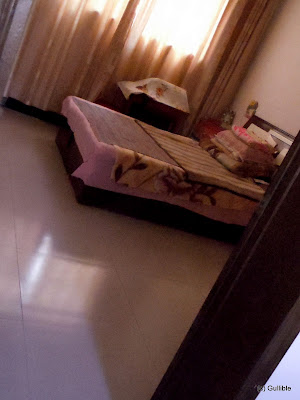 The TV has been on the whole time, but no one pays any attention to it until there is a pause in the translating-and-re-translating conversation.
Then:
Ee-e-e-um-um-a-weh.
Ee-e-e-um-um-a-weh.
We turn towards the screen where a young man sings:
In the jungle, the mighty jungle,
The lion sleeps tonight…. 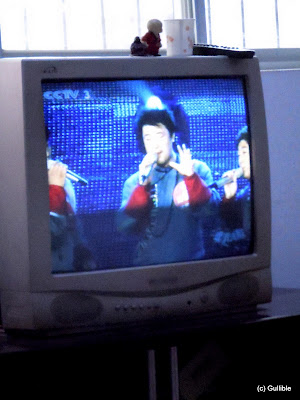 It appears to be a talent show, much like American Idol, and the TV audience cheers for the young man and his group.  The song, so familiar to us, sounds incongruous and yet at the same time somehow provides a cultural connection in this circumstance. 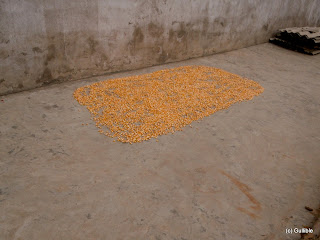 While the lion sleeps in the quiet jungle, we walk past corn drying on the concrete walkway to a nearby schoolyard for a performance of a Chinese Opera, where it will not be quiet at all.
Posted by Gullible at 3:51 PM