Flora and Fauna of Tern Lake, part one

I've spent the last five evenings kayaking around Tern Lake, taking photos of the flora and fauna. I have a LOT of photos to post here, so I'm going to have to do it in two or three different posts.

I'm really anxious to get to the fauna part, but you know the drill: veggies before dessert. So, here's part one of the flora, but don't miss the fauna part in a day or so.

First, one area of Tern Lake. It's shallow, somewhat swampy, and has a number of islands made up of vegetation. I sometimes think they are not connected to the underlying bottom of the lake. The large white flowering plants are cow parsnip. Many an imaginary sword fight has been fought with the long stems, only for the swordsman to discover the hairs on the stems and leaves can cause sensitivity to sunlight, and resulting large blisters to form. The haze in the air is smoke from wildfires. 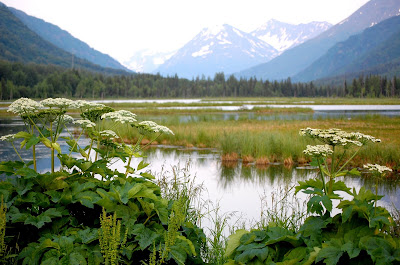 This could be the official plant of Alaska. It's fireweed. Honey and jelly are made from the flowers. This plant can grow to seven feet tall. 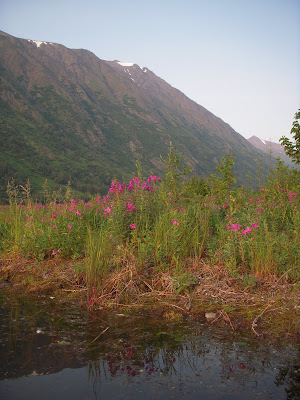 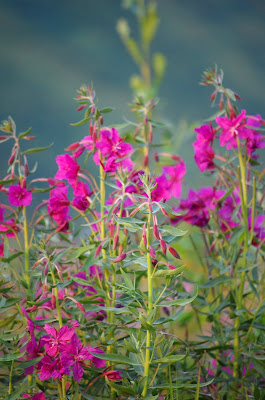 These long grasses grow from the bottom of the lake, then float along the water surface. Note the dimples where they break the surface. 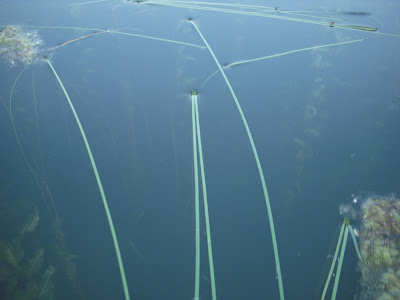 There are fourteen varieties of Alaska cotton that grow in this state. This is one of them. Picked and dried, they makes a nice arrangement. 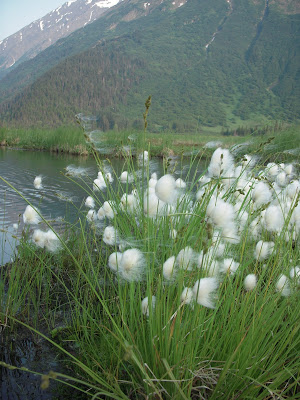 Okay, I was fascinated with the surface tension dimples. Where large patches of this grass grow, the surface of the lake can appear to be etched. 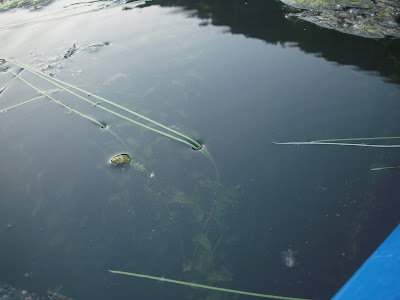 Fireweed, prickly rose, and some kind of yellow flower. I'll have to ask my flower guru what it is. Note how the fireweed blooms from the bottom up. Local lore has it that when the fireweed "tops out," or finishes blooming, winter is six weeks away. Good thing they have such long stalks. 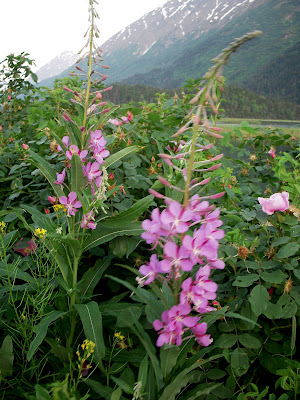 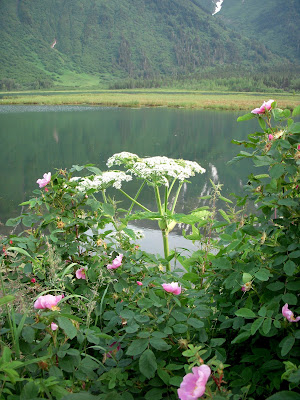 Another photo of a hedge of rose, fireweed, cow parsnip and other small flowers that line part of the lake's edge. 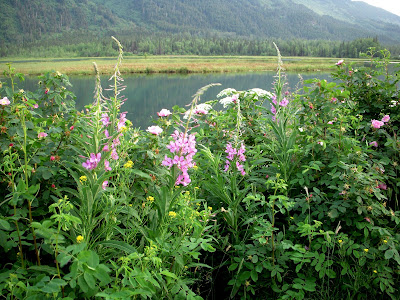 I mentioned above that Tern Lake is shallow and somewhat marshy, but even in places where "pond scum" collects, there are tiny flowers. 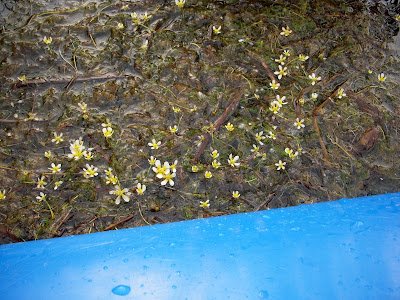 Marsh cinquefoil. I'm just learning the lens on this Nikon D-40. Sometimes it focuses on what IT wants to focus on, rather than what I want it to. I rather like this photo, though. 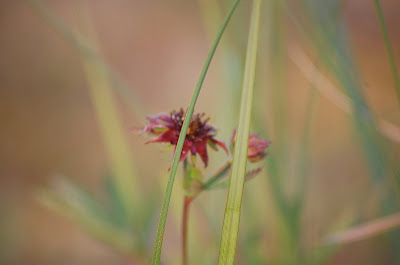 Close up of prickly rose. 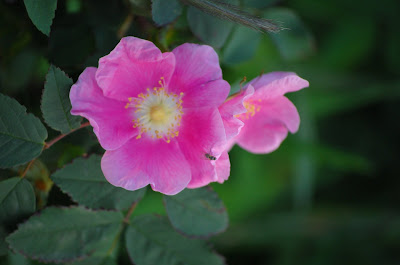 Another shot of the marsh cinquefoil. Note the bee's wings on the right. 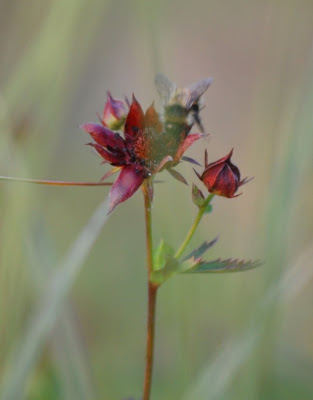 The following picture was very difficult to photograph because of the reflections on the surface of the lake. It is a huge blob of an amorphous jelly-like substance that increases over the summer. Blobs of this stuff can be three or four feet across. They are sometimes attached to anything on the bottom of the lake, sometimes floating just under the surface. I have no idea what they are, but they're yucky, which should answer any questions about swimming in the lake. 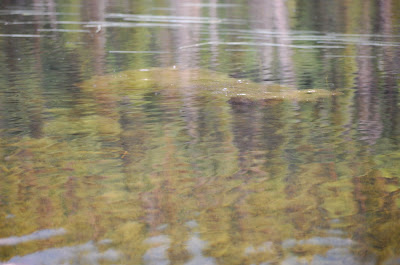 Well, we made it through the flora part. Now to work on the fauna part--the fun one!
Posted by Gullible at 11:05 PM