Francis Key, Esquire, was a successful lawyer, a man of the law. Now, on this September night, he watched helplessly as cannons and rockets blasted away at his countrymen who were fighting to repel the invaders. He had come on a mission of the law, under a symbolic white flag, only to find himself and his companions unlawfully detained by that enemy.

Two years after the War of 1812 began, the enemy had gained a foothold on the land and was within sixteen miles of the nation’s capital. In a rural area of , the enemy had been given quarter by a local resident. Dr. William Beanes, a prominent citizen, gave his own home to British General Robert Ross, the enemy commander, along with Admiral George Cockburn, for their use as a headquarters from Aug. 22nd through the afternoon of Aug. 23rd, 1814, as they marched through the occupied countryside bound for Washington, D.C. Because of this, and the lack of resistance from other residents, Gen. Ross thought Beanes was a sympathizer to the British cause.

Shortly afterwards, Beanes and other citizens rounded up two British stragglers (some say deserters) who had pillaged farms in the area, and took them to jail. One escaped, returned to the British forces, and advised Gen. Ross. The general was furious at what 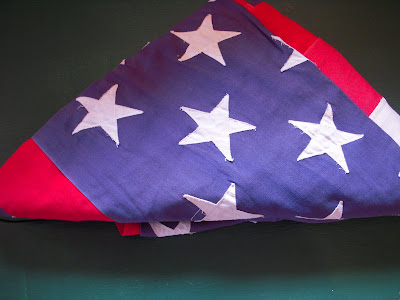 he considered Beanes’ betrayal, and ordered Beanes and the others arrested and held by British forces.

With the permission of President James Madison, Key boarded the British flagship HMS Tonnant in Chesapeake Bay under a flag of truce on behalf of his client Beanes. With him was Col. John Skinner, a government representative agent for the exchange of prisoners of war. After long negotiations, Gen. Ross adamantly refused to release Beanes.

Then Skinner handed a packet of letters to Ross, letters written by wounded British soldiers who had been left behind after one battle. In them the soldiers described their kind treatment by the Americans. Ross changed his mind, and released his prisoner. However, the British now felt that Key and Skinner knew too much about the British strength and plans for attack on , and detained them, their boat still tied alongside the British warship and guarded by the British military.

On the morning of Sept. 13, 1814, the British attacked. A storm flag flew above the fort that rainy day. As the day wore on, smoke from British gunfire, cannons, and rockets filled the air. With nightfall came the final obscuring of that banner of freedom, and Key worried what morning would reveal. Would his country have suffered another defeat? Would the British be able to step foot unimpeded on the soil of his country? Would the fragile country known for less than four decades as the have heard its own death knell?

When sunrise finally came on the following morning, Key, Skinner, and Beanes peered through the morning mist and smoke and saw a huge victory flag flying over . It measured 30 by 42 feet, bore fifteen gold stars representing the original thirteen colonies and two later states, and fifteen alternating red and white stripes.The British had broken off the attack during the night, and were retreating.

Key reached home on the 16th, sat down and penned words on the back of a letter about what he had seen and felt during that long night of detention and fear for his country. While written in the format of poetry, I have chosen, on this Fourth of July, the day the celebrates its declaration of independence from the , to present it in prose form so more of the meaning comes through.

O say, can you see, by the dawn’s early light, what so proudly we hail’d at the twilight’s last gleaming? Whose broad stripes and bright stars, thro’ the perilous flight, o’er the ramparts we watch’d, were so gallantly streaming?

And the rockets’ red glare, the bombs bursting in air, gave proof thro’ the night that our flag was still there. O say, does that star-spangled banner yet wave o’er the land of the free and the home of the brave?

On the shore dimly seen thro’ the mists of the deep, where the foe’s haughty host in dread silence reposes, what is that which the breeze, o’er the towering steep, as it fitfully blows, half conceals, half discloses? Now it catches the gleam of the morning’s first beam, in full glory reflected, now shines on the stream: ‘tis the star-spangled banner: O long may it wave o’er the land of the free and home of the brave!

And where is that band who so vauntingly swore that the havoc of war and the battle’s confusion, a home and a country should leave us no more? Their blood has washed out their foul footsteps’ pollution. No refuge could save the hireling and slave from the terror of flight or the gloom of the grave: And the star-spangled banner in triumph doth wave o’er the land of the free and the home of the brave.

O thus be it ever when free-men shall stand between their lov’d home and the war’s desolation; blest with vict’ry and peace, may the heav’n-rescued land praise the Pow’r that hath made and preserv’ed us a nation!

Then conquer we must, when our cause it is just, and this be our motto: “In God is our trust!” And the star-spangled banner in triumph shall wave o’er the land of the free and the home of brave!

The flag that flew over that day is now in the Smithsonian’s of in Like our country, it is tattered and worn, shredded and torn. Many hands have tried to salvage it over the years, some repairs made for the better, and some for the worse.

Its condition can be a metaphor for this nation.

In 1813, professional flagmaker Mary Pickersgill gathered four teenaged girls to help her make a large flag. One was her daughter, two were her nieces, and the fourth was an African American indentured servant. The result of their combined efforts became known as the Star-Spangled Banner.

When conservators at the Smithsonian began working on preserving the flag, they lay on ingenious moving platforms over the flag for long hours. Back-breaking, labor-intensive work was required to clean the flag and snip the 1.7 million stitches that held the flag to a linen backing that had been attached in 1914. Those stitches put harmful stresses on the wool. This country was built by its people with hard labor and ingenuity. While some inventions and methods have harmed the land, many people work hard to restore and protect the country. There is more work to be done.

Eight feet of its original length are gone forever, some of the loss caused by people in the 1800s who snipped off pieces for patriotic keepsakes, thinking only of themselves and their own gain. Ironically, the wool bunting used to make the stripes came from , the country that ruled and oppressed the colonies, but which is now our staunchest ally.

While the fifteen stripes of the flag, each twenty-three inches wide, also represent the thirteen original colonies and two added states, even they are comprised of pieces. It is the combining of two pieces of cloth that gives each stripe its strength, and brings to mind the words of sixteenth century poet John Donne:

No man is an island, entire of itself; every man is a piece of the continent, a part of the main…. Any man’s death diminishes me, because I am involved in mankind.

Now our country’s flag shows fifty stars, one for each state in this union of states. It is doubtful that any state can secede and stand alone. Behind each of those stars are millions of individual people, each one with cherished rights under our country of laws, each one joining in a whole that is stronger by far than a single person. Yet, each voice is as important as the next, as some of our presidential elections have shown.

The red color of the stripes came from the roots of the madder plant, as did the color of the British uniforms—the Redcoats. The blue of the field, or canton, behind the stars, comes from dye extracted from the indigo plant, an important item to the economy back then. The dye is believed to have originated in and been traded throughout Europe, and the . Today, this country depends of foreign trade to sustain its economy. Indigo also has been used for decades in to dye the denim used for blue jeans, this country’s ubiquitous favorite item of apparel.

The stars are made of cotton and were sewn onto one side of the field. The fabric behind the star was cut away to reveal the star on that side, giving each star an equal opportunity, like the citizens of this country, though not guaranteed an equal result.

Francis Scott Key and John Stuart Skinner spent a long day and night watching, helplessly, the bombardment of as smoke from cannons and rockets filled the air. The smell of gunpowder filled their nostrils, proving that freedom is not free but requires great sacrifice. We can only imagine the elation that filled their hearts when they first glimpsed the Star-Spangled Banner through the early morning rain and mist of Sept. 14.

With each new day the people of face new challenges, as does our country. Yet, despite our bickering, our complaining, our sometimes hostile feelings toward those elected to govern us, each day we look through the morning mist and hope to see the flag of our country flying in freedom.

(Photo is of my father's flag presented at his funeral in 1985 by his country, in gratitude for his service during World War II.)