The restaurant manager was answering a question about company policy to her young employee. The lad was of a certain age, denim baggy about his hips and ankles, earphones noosed around his neck, ball cap with the restaurant’s logo embroidered on the front, except in his case the front of the cap was pointing behind his right ear.

“You can wear the cap any way you want,” she said, “as long as you walk in the same direction the bill is pointed.”

A momentary look of incredulity filled the lad’s eyes, and then a soft smile pulled at the corners of his mouth as he straightened his cap and went back to work. I stood by, silently admiring the manager’s gift of employee-employer relations.

Dress codes notwithstanding, there are times we should walk in a different direction, let the bill of our ca

p lead us into terra incognito, or, at the very least, look in our rear view mirrors. There are things back there that are well worth it. I have in mind stunning late-evening views and photographs I would have missed had I not looked in my rear view mirror while driving, and the scenes that would not have photographed well at all, but were worthy of the time to pull over and look.

Something I would have missed, had I not looked back.

At a certain time in the evening, between twilight and nightfall, comes a special light that makes everything stand out in clear and crisp detail, much like a black and white Currier and Ives print. It is my favorite time of day for stopping whatever it is I’m doing, and simply looking at my world.

A couple days ago, I joined three long-time friends in a nostalgic reproduction of a favorite watering hole that burned to the tundra many years ago. We sipped glasses of light beer as we exchanged bear and fish stories. We were right at home in this place, young again as if all those years had not aged us but only made us wiser. Other old friends felt near even though they are scattered across the country. Amidst the sawdust and peanut shells on the floor, the tree stump stools polished by the many, many backsides that have perched atop them, and the bar counter that is canted downhill and threatens to slide your beverage away in an river of beer and foam, I basked in the old-shoe comfort of friendships that span almost a half century, more at ease with them now than I have ever been.

I moved away from the small village where we had bonded, and lost touch with these friends through the years, some for a few years, some for decades. But I always knew they, and the many others in our circle, were out there. Marriages, divorces, deaths, changes in circumstances, changes in professions—all the things that life gives and takes—betided these friends, and me as well.

Two of these friends had once been married to each other. They sat side by side now, once lovers, today good friends. The third person was a fellow about whom I once entertained thoughts of being more than friends. Our paths didn’t lead in that direction, and now I am happy that we have, instead, an easy and relaxed friendship.

We joked about our ages, the problems we encounter, the joints that need repair and replacing, the cataracts and hearing losses. We ranged in age from 67 to 82, yet we are all vital and active. The eldest still flies his own small airplane, the next is busy selling real estate and recording CDs of his music, the third retired and then last year commenced a new career as a substance abuse counselor. Then there’s me, the youngest by a year, finding adventures everywhere I turn, whether it is in the writing I do, hot air ballooning in the Australian Outback, swinging from a zip line stretched between giant trees in the rainforest of , or simply picking up litter beside a busy thoroughfare.

I have a couple years yet to go before I turn 70, but I am more excited about that than I was about turning the magical age of 21 and being old enough to vote and (legally) drink. Eventually the conversation turned to technology of the day: Facebook, Twitter, e-mail and the like. “I think of Twitter and tweeting as gossip,” said the subject of my long-ago daydreams.

“Well, yes, I suppose. But those things have their place,” I replied, thinking of how I check the Facebook pages of friends and relatives to see what they are doing, when I have nothing to write at the moment.

“Of course you’d say that. Women like to gossip,” he teased. To which I responded that I’d never heard so much gossip as when my husband and his friends met for their morning coffee klatch at the local restaurant.

“That’s different,” he replied. “When men do it, it’s called ‘shooting the bull.’”

So we sat there, gossiping and/or shooting the bull, laughing and joking and enjoying the company of friends as close as family. I noticed other patrons occasionally watching the four of us, perhaps listening to our stories and laughter, with somewhat wistful and amused expressions on their faces, expressions that seemed to say they hope they enjoy such laughter and good friends when they reach our ages.

As I prepared to leave, I tried to hand the bartender money for my drinks. “They won’t let you pay for your drinks,” she said.

“Huh?” said my imaginary would-be Romeo of yore. “Did you say something?” And everyone laughed with us.

We all stayed longer than we had intended, hugged each other as we parted. As I drove away in the direction of the highway that I would take a hundred miles south to home, I thought about that late evening light, the light just before it gets dark, when everything stands out in crisp and clear definition. We are at that time in our lives, I think.

We four walked through life in the direction our cap bills were pointed, but always, always, paused to look back. Now, in the defining light of our evening, we see clearly what it means to have long-time friends we love. 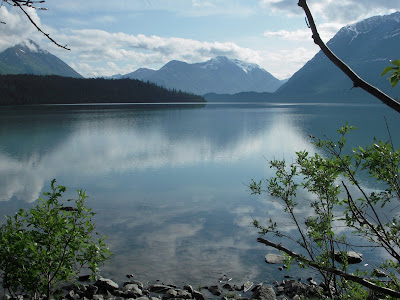