Oh, dear. Whatever have I done?

It sounded like a good idea at the time. In fact, it sounded like a lot of fun, just the kind of adventure I crave these days. I should have asked more questions, though.


I didn't know this was going to be one of those tough-love regimens for folks who should be doing more than just watching their weight.


Ah, I need to back up and tell you what's going on so you'll understand the predicament I've gotten myself into. And with friends. Friends who are close as family. You think they'd treat me better!


Gully's leaving again, off on another trip. And believe me, it takes something really special to get Gully out of Alaska during the three summer months that we are (sometimes) allotted. So, today, which I hope is the 15th because that's the date I've scheduled this to post at Gullible's Travels, I will board an Alaska Airlines jet, plop myself into a seat in steerage, buckle myself in ever so tightly, and immerse myself in a mystery novel.


Part way through the five and a half hour flight, I will dig the Subway six inch long BMT sandwich with spicy mustard and vinegar from my backpack, which is under the seat in front of me, and enjoy it rather than the microwaved hamburger that Alaska Airlines wants to sell you for $6.


After I land, my friends are going to meet me, give me one of their vehicles for my own exclusive use, and show me to my condo. That's where I'm staying the first few days, because I had a time share week I needed to use or lose. Plus, I need time to acclimate to this climate. After all, I DO live in Alaska.


Oh, didn't I mention? I'm off to Maui. That's Maui as in Hawaiian Islands.


Now, I understand there may be a bit of envy rising in your bosom right now, but wait until I tell you what this is all about. See, this is a WORK trip. Seriously. Work. As in manual labor.


A few days after I arrive I will be taken far up a winding, dangerous road, and deposited in this barren, rocky parking lot. 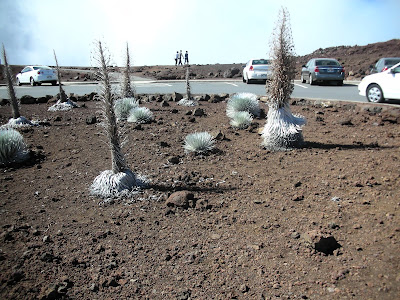 Would you believe people come from around the world to park in this parking lot? This is a garden, by the way.


This parking lot has a garden in the center of which the park rangers are most proud. Because of this plant. No, it isn't the agave plant that tequila is made out of. It's the silversword plant, and it only grows at this altitude in the cinder soil at this park. It's so rare, you aren't allowed to even walk around it. It's roots are too tender. I mean, it can survive earth-scouring winds that could sand the spots off an ocelot, high altitude sickness and pulmonary edema, freaking cold temperatures, and blistering sunlight that would fry an egg, but its little rootsies are oh-so-tender. Well, I suppose if I had my toes stuck in cinders and someone walked over them, I would hurt, too. Shoot, my toes wouldn't even have to be embedded in rocks.

Anyway, the silversword grows in rocks, and this is the only place it grows. Seriously, Google it. Wikipedia has lots of fascinating info on this amazing, endangered plant. 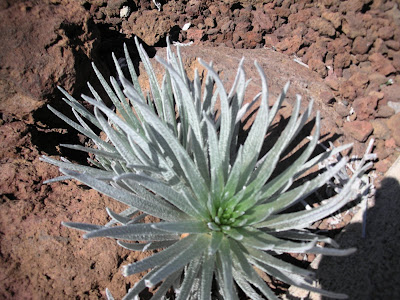 Silversword plant. Don't touch. Don't even get near it. 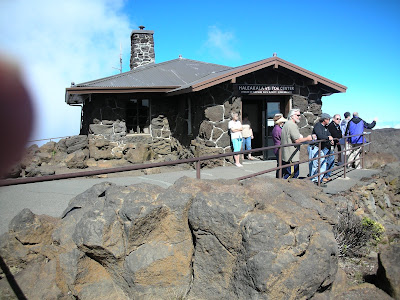 This is the visitor's center for the National Park. Yes, that's my finger at the upper left.. I could blame it on the wind, but the truth is the camera was new to me, and I didn't know where the lens opening was. 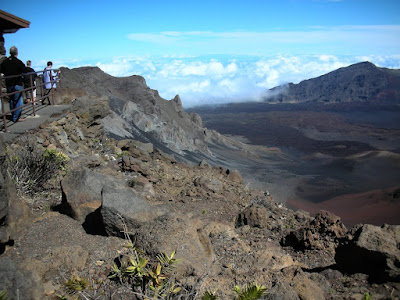 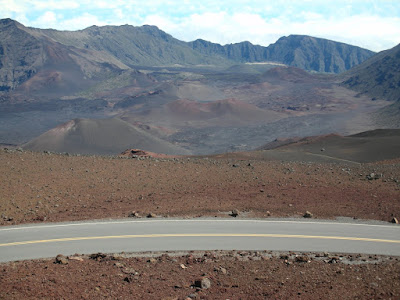 Yes, indeedy. I'm off to go on a four-day horseback trip into the deepest depths of Haleakala crater to work for the Park Service. Haleakala, they claim, is an active, but currently dormant, volcano. "Active" is the word to pay attention to here. They haven't told me yet what I'll be doing. I think they keep it secret, hide the horses so you can't escape, and then drop the bomb. (Ewww. Poor choice of words.) Then they assign you your chores. 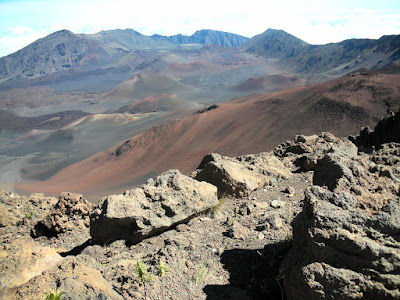 I don't think they have cellphone service or Wi-Fi in the caldera, so you probably won't know if Madame Pele (Google her, too) kicked Haleakala and woke her up while I was manual-laboring in her heart, but I can guarantee you that I will have my ear close to the ground, listening for the heartbeat of a volcano--and really, really hoping I don't hear one. All the while, of course, performing manual labor as a volunteer for the Park Service. I hope they assign me chores that are close to the ground.


Here's the one thing I didn't count on: the ascetic diet my friends will have me on while I labor. I mean, come on, even Gandhi would have starved if he'd been fed like this:


See what I mean? "Saturday breakfast: whatevers." How's a gal supposed to survive manual labor in a volcanic caldera on "whatevers?" 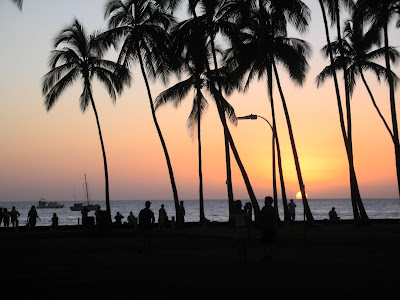 Good thing they have a pack horse, huh? Feel sorry for me, friends. I might come back a mere blimp of my former self.