You're a Rare Goose, Indeed

Little more than half-way across the floor of Haleakala crater, we rounded a hillside and approached Kapalaoa (Kah-pah-lah-OH-ah), where we would break for lunch. I spotted three geese, the rare, endangered Hawai’ian Nene (NAY-nay) on the grassy lawn near the cabin. We dismounted, and I wandered towards the geese to take pictures. I expected them to fly away at any second. 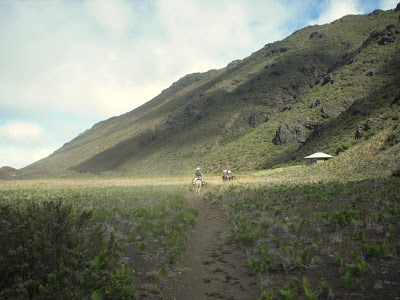 Two let me get closer and closer, but the third flew away and perched on a rock nearby. 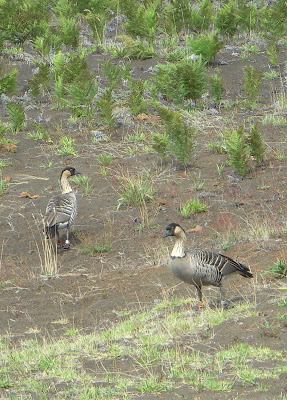 Nene are the official state bird of Hawai’I, and are the world’s rarest goose. Descended from the Canada goose, the Nene were once plentiful in the islands and an important food source. As their numbers dwindled to frighteningly low numbers, a restoration project revived the goose population, and today they are found—and protected—on six of the islands. There are none in the wild on O’ahu. 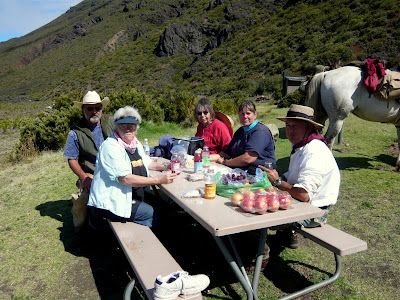 As the sandwiches and fruit and cold drinks began to cover the picnic table, the Nene came even closer, until they were at my feet. A nearby sign warned not to feed them. They have plenty of their natural diet available to them, and soft-hearted hikers might accidentally choke the geese by feeding them something they are unable to swallow, such as trail mix and granola bars.

Ranger Ted came over to sit by me. “You know, he said, “you’re supposed to stay a hundred feet away from endangered species.”

The Nene are endemic to Hawai’i, the only place in the world they are found. Named for their soft call, the females and males grow to 19 inches tall. The females weigh between three plus and five and a half pounds. Males typically weigh from three plus to six and a half pounds. They are distinguished by the unusual vertical lines on their necks.


Much of the work in the crater, both by park employees and volunteers, involves protecting and keeping track of the Nene. Most of the Nene are banded for identification purposes, but many are not. Traps are set in the crater for rats, feral cats, and mongoose who prey on the geese and birds that live in the crater. The Nene population in the crater is estimated at up to 200 geese. 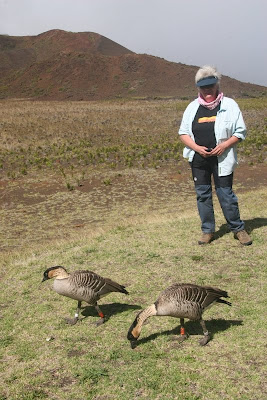 Long gone from the islands and the world, is the Nene-nui (NEH-neh-NEW-ee), a relative of the current Nene, but standing almost four feet tall, and weighing 19 pounds. Only fossilized remains have been found.

As we mounted up and headed out of Kapalaoa, the Nene scurried for the picnic table to search for any food we might have dropped. The Park Service may have asked us not to feed the geese, but someone forgot to tell the geese it was illegal. They also forgot to teach the geese how to measure out a hundred foot separation. 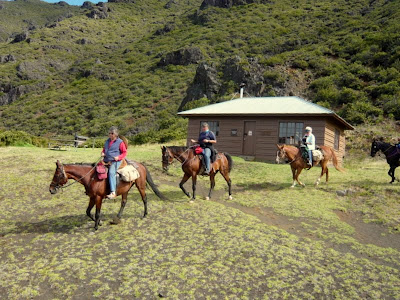