There are images of a long-ago Fourth of July on my internal memory screen, images fuzzy and indistinct and subject to infinite revision, with creative license filling in the gaps. I could call my friends, the ones who were with me when these events transpired, but perhaps their images would be as moth-eaten as mine.

The year is 1973. I am , , the town most known for two things: the Klondike Gold Rush portal to the ; and Soapy Smith, con man extraordinaire. With nine friends, we plan to start hiking the infamous Chilkoot Trail the next day. 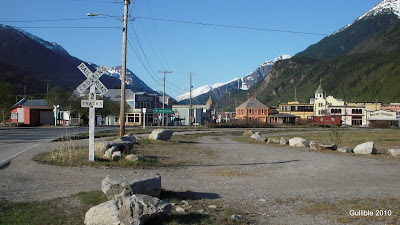 We would have started this morning, but we didn’t learn until we arrived that we had to inform the local law enforcement of our plans because we will be crossing into Canadian territory. Local notification is in lieu of passport and border control. So, we are whiling away the day in until the local “border control” office opens. 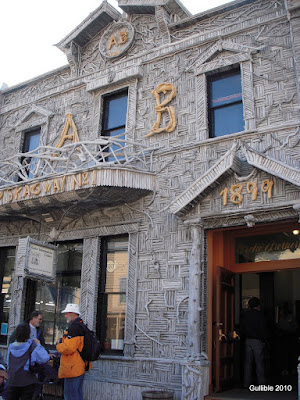 We wander up and down the main street, looking at buildings both historic and made to look historic, in keeping with the architecture prevalent in the late 1800s. Familiar names in Alaska's history appear now and then, forging a link between us today and the tens of thousands of men and women who passed through Skagway to the Klondike gold fields. Eventually we come upon the Golden North Hotel and go inside to look at displays in the lobby. 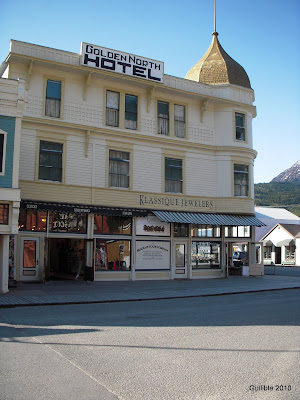 Some of us sit on the couches in the lobby, facing the main street. An elderly gentleman approaches, and I fear we will be asked to leave as we are not guests in the hotel. Our lodgings are a mile away where our tents are pitched in the city’s primitive campground. 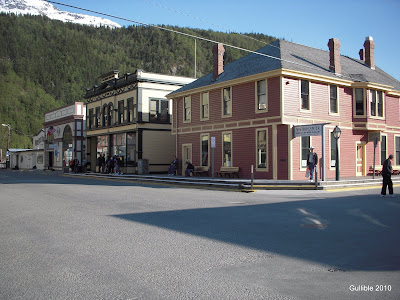 Instead, he introduces himself and explains he is there to help his son and daughter-in-law (or, perhaps it’s the other way around—daughter and son-in-law) run the hotel for their first season. It is an old, old building, but the management of it is new to the young couple. We tell him who we are, where we’re from, and that we are there to hike “the trail.” In , there is no need to specify which trail.

Instead of asking us to leave, he asks if we’ve ever heard a musical saw. When we answer “no,” he takes what appears to be an ordinary carpenter’s wood-cutting saw and seats himself in front of the fireplace. He is between us and the large lobby windows.

With the handle of the saw captured between his legs, he holds the far end of the blade with the teeth facing away from him. He bends it into a shallow “s” shape. In the flat of the “s” is the “sweet spot,” and when stroked with a violinist’s bow, a tone as clear as a woman’s voice soars from the metal. He bends the blade towards the thinner end and a higher note sings, bends it again for a broader “sweet spot” to reach lower notes.

Recognizable, haunting melodies fill the lobby with ethereal tones. We sit quietly, dazed by what we are hearing. The names of the songs have long since trickled away from my memory.

Carefully, so as not to distract him, I reach for my camera. I take the shot, hoping for a silhouette with enough light to identify the subject and what he is doing.

The images of our trip, the reasons we lingered a day or so, and the 4th of July parade that occurred shortly after I took the photo are difficult to recall and are moth-eaten by the passage of almost four decades, but this image remains as vivid as the day it happened.