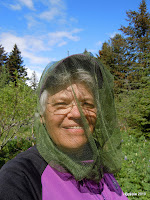 Chapter Ten: In which I learn a lesson.

When JJ and I returned to the Russell Fjord trail head where the truck was parked, she again spotted hummingbirds flitting about in the trees. You know about hummingbirds, right? How they never hold still?

It took me a while to pick them out in the dense foliage, but once I figured out what color they were, I began seeing them everywhere. They were homing in on this peculiar hatched pattern that appeared to be intentionally cut into the bark and was leaking sap. 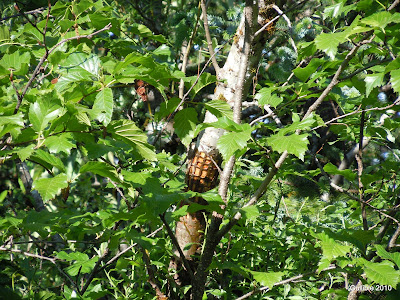 Here, without narrative or commercial interruption, are my attempts To Catch a Hummingbird. The birds are female Rufous Hummingbirds. Look for a green-backed, reddish-brown color. I used two different cameras, a Nikon D-40 SLR with a 200 mm lens and a Nikon Coolpix S8000 with 10x optical zoom. I was standing about 20 to 25 feet away.

With the D-40, I had to look through the view finder. With the Coolpix, a point and shoot, I had to guess because of how difficult it is to see the LCD screen in sunlight.

The lesson I learned will be revealed at the end of this series of photos. I have cropped several of them to make it easier for you to spot the bird. 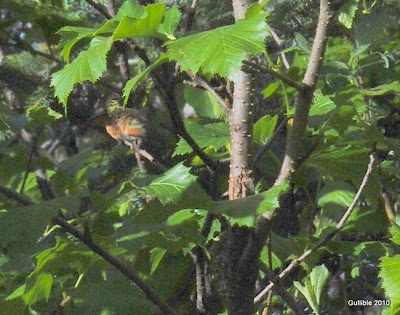 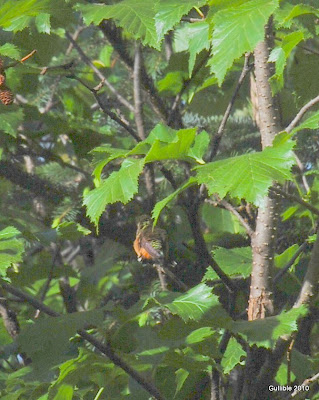 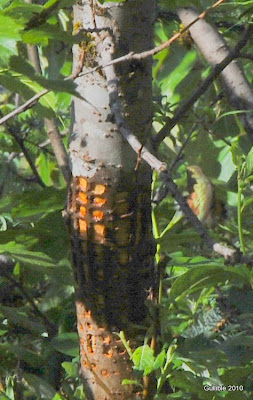 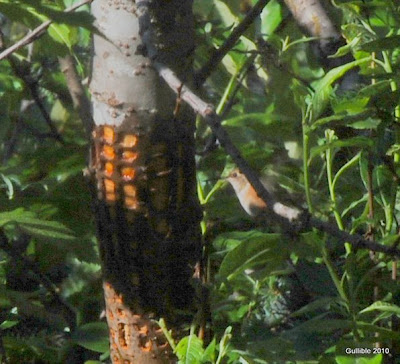 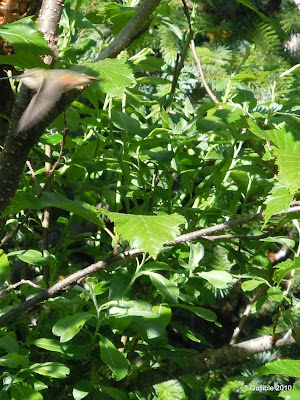 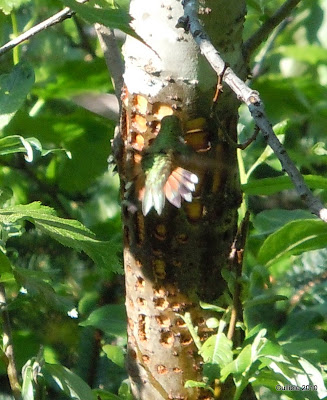 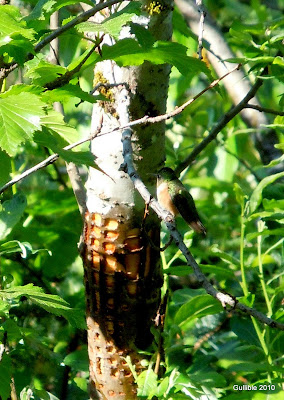 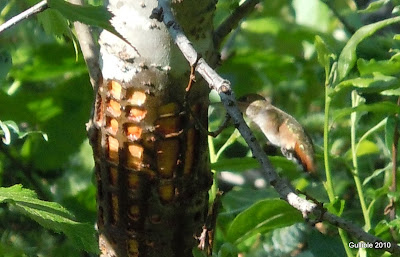 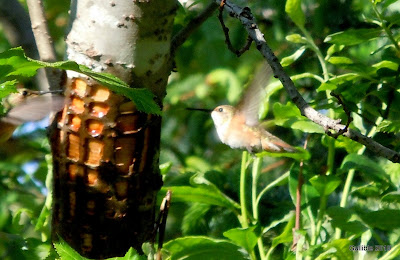 Lesson: The human life span is far too short to catch a hummingbird.

(to be continued)
Posted by Gullible at 2:01 PM