An evening at Tern Lake...

(NOTE: Double click on the photos for full screen images, then click on the back button to return to the blog. Enjoy.)

I’d been busy all day, catching up on long-procrastinated chores like window washing, putting things in their proper places, and doing several loads of laundry. So, when the sun peeked through the thunderclouds that had been threatening to baptize my newly-cleaned windows all afternoon, and the breeze laid itself down to sleep, I loaded the kayak in the truck and headed for Tern Lake, just a mile up the road from my house. 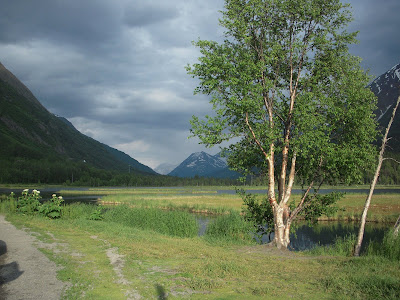 When I reached the lake, I found that the breeze wasn’t sleeping after all, because it was kicking up its heels there. But a little chop wasn’t enough to stop my paddle in the late evening daylight. 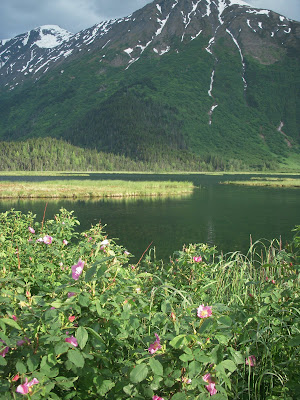 As I was readying my cameras, snapping myself into my PFD, and unloading the kayak, a seagull stopped by the watch. I knew it was waiting until I launched. Then it would summon all its pals to screech raucously and bombard me with splotchy white projectiles if I paddled too close to their nests. 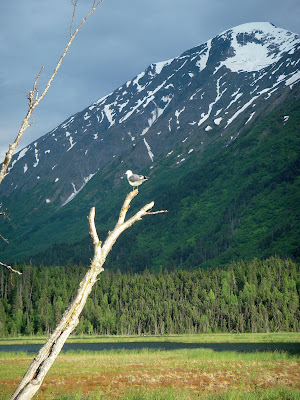 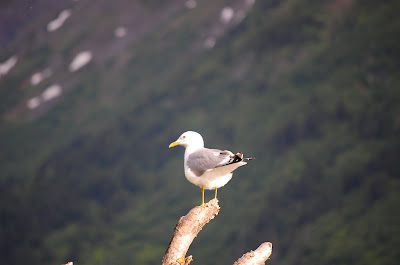 Before I could get in the water, this black-billed magpie popped in to check things out. I thought it was interested in my doings, until it flew out of the tree and grabbed a chunk of bread someone had thrown on the ground, and marched off across the parking lot with its prize, its long feathers glistening blue, green, and purple in the sunlight.. 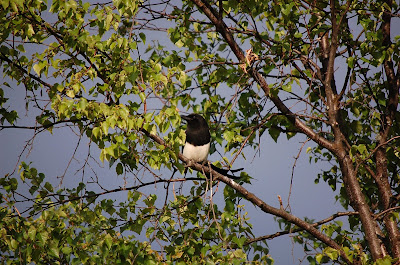 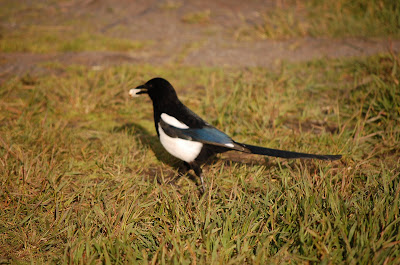 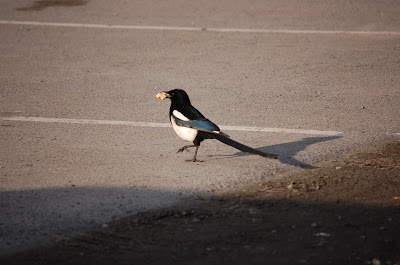 Once out on the lake, I survived the seagull bombast and bombardment, and paddled into a quieter part of the lake, where the Arctic terns nest. I’ve always heard the terns will attack—land on your head and peck you—if you venture close to their nests, but compared to the seagulls, these guys were civility personified. 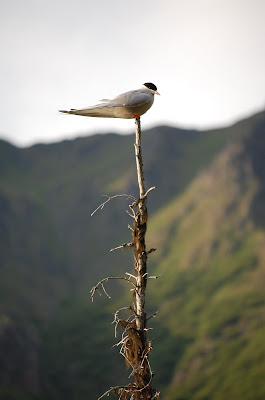 One let me drift within twenty feet of the dead tree top on which it was perched, then obliged with a graceful takeoff. 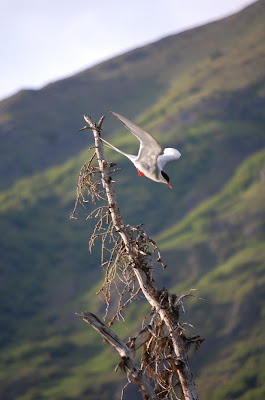 Other than violet-green swallows, I think the Arctic terns are my favorite flyers. Everything about them seems aerodynamic, from their pointed red bill to the swept wings to the sharply forked tail. They hover above the water, watching the small fish that are their prey, then dive into the water and lift off again. Arctic terns have an incredible migration, a 20,000 mile trip to Antarctica.

I watched and tried to photograph the terns for a long time, then just as I was heading back across the lake to the parking area, I head the unmistakable warbling wail of the common loon. I paddled closer, but was still quite a distance away, and the male loon came out to lead me away. 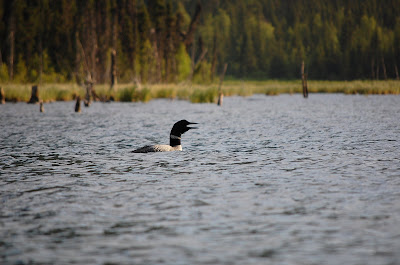 As I watched his antics, I spotted the female with two chicks keeping their distance. I’m not as close as it seems in these pictures, because I am using a telephoto lens. 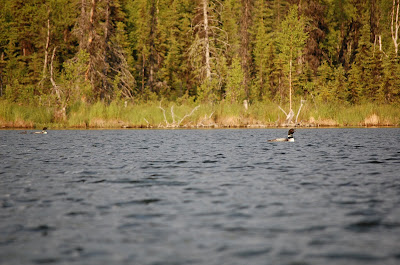 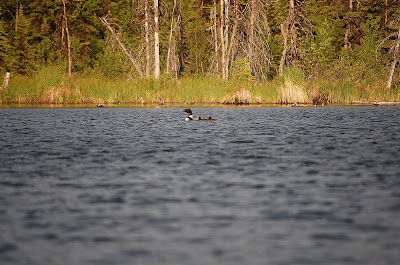 (Double click on the above photo and note the loon's red eye.)
I drifted back across the lake, trying to get an in-focus shot of those swift terns in flight, but with the rocking of the kayak, this was the best I could do. 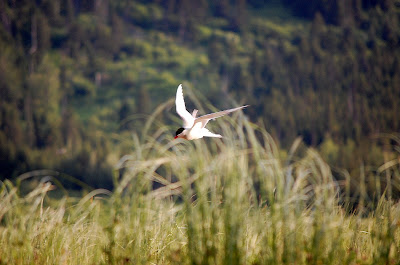 Then once again I had to pass by the seagull territory. 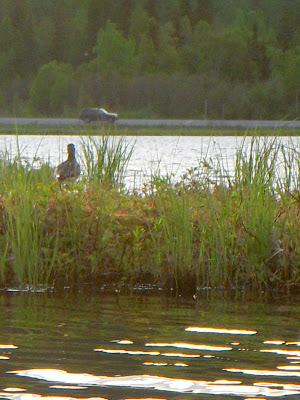 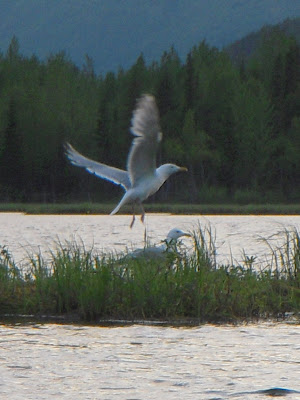 Back at my haul-out spot, I wrapped my digital SLR camera in a waterproof bag and set it on shore. I put both feet together in the center of the kayak and began to pull myself forward into a squatting position. At the same time, I once more cussed the litterer who had thrown razor clam shells into the lake where I launch and haul out, which caused me to lose my concentration on a dry landing long enough to lean too far backwards as I started to lift one foot up to place it on the shore—and in I went. The water here is only a few inches deep, so I only got wet to my waist. I basically sat down backwards in the lake—on top of the discarded clam shells.

As I dragged myself, dripping wet from the waist down, water sloshing out of my rubber shoes, and very thankful that my one camera was safe on shore and the other above high water mark in the chest pocket of my PFD, guess who came by to have the last, and best, laugh—ch-aww, ch-aww, ch-aww. 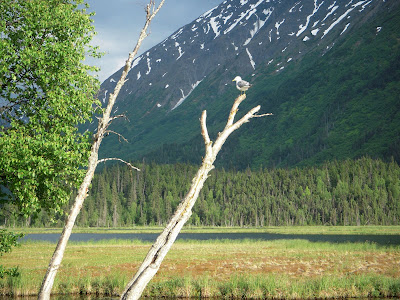