Once Upon a Time
As I withdraw the slender book from the box where it has lain for more than four decades, memories rise.
“The Rubaiyat of Omar Khayyam rendered into English verse by Edward FitzGerald.” I believe this to be FitzGerald’s fourth translation of the Persian poet’s quatrains, though nothing on the frontispiece verifies that. It is a slim volume, less than a hundred pages, its dimensions the approximate size of a paperback book. The front cover is gray with white filigree, the title printed in pink inside a design meant to recall the Persian wellspring of its contents.
In my hands I hold a cherished part of my life. I hold quite still as memories enfold me in their embrace, and I see the two of us, side by side, as he reads from this book. He was my love, once upon a time, and was a poet, though I didn’t realize it at the time. I didn’t know until, after many years, I opened a newspaper and saw his photograph and the award-winning ballad he had written.
I should have guessed, as all the clues were there--his great intellect, his erudition, his mastery of the language. He recited vast quantities of poetry from memory, and frequently interspersed conversation with poetic allusions. Occasionally he selected this little volume from the many on my shelves, and I sat beside him as his mellow voice and the enigmatic words of the Rubaiyat transported me to the ancient Persian realm of Jamshyd and Kaikobad.
I was quite young then, only twenty-one, and much of the meaning of the verses escaped me. I wanted to ask him to explain it to me, to ask if his beliefs were akin to the passages I did understand, and more. Instead I kept silent, not wanting to break the spell. Then the years passed, as did he, and I no longer had the opportunity to ask.
I hope those weren’t his beliefs. Are there words more final than these?
Oh threats of Hell and Hopes of Paradise!
One thing at least is certain—This Life flies;
One thing is certain and the rest is Lies;
The Flower that once has blown for ever dies.

Strange, is it not? That of the myriads who
Before us pass’d the door of Darkness through,
Not one returns to tell us of the Road,
Which to discover we must travel too?

I have always hoped that some day we will meet again in a place where age and station and public image are of no matter. Then I will ask the questions I’ve held to myself all these years.
Then again, with all eternity before us, perhaps I’ll just sit beside him and let his voice transport me once again to an ancient Persian realm. 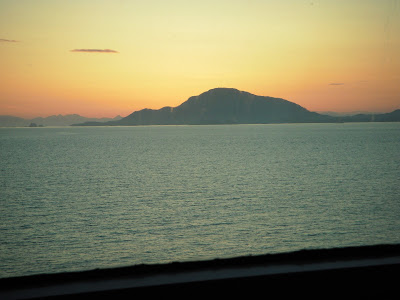