Neither snow nor rain nor....

“Neither snow nor rain nor heat nor gloom of night stays these couriers….” Sound familiar? Something to do with the U.S. Postal Service, you think?

Uh-uh. The thing is, the USPS doesn’t have an official creed or motto. That partial quotation above is an inscription on a post office in New York City. And according to Wikipedia, it’s Herodotus’ Histories about the ancient Persian Empire’s courier service. So, I reckon it’s appropriate for a post office creed, and that’s what most folks think it is.

The rest of the unofficial creed is “…from the swift completion of their appointed rounds.” So, let’s just forget about that little old word “swift” and I’ll tell you a story.

My neighbor Erin holds the USPS contract to deliver rural route mail in Moose Pass, Hope and Cooper Landing. Six days a week she drives a hundred and thirty miles, dropping off mail and packages. Occasionally, when she needs to take time off, she calls on me as her substitute driver, which is what I’m doing this week.

So far, nothing has “stayed” me from the completion of my appointed rounds, but, boy, have I been slowed down a bunch, which is why I thought we should leave out that problematic “swift.”

It’s bad enough that twice each day I have to pass through a seven mile stretch of highway that’s under rejuvenation. The contractor is replacing old culverts, rebuilding parts of the roadbed that have surrendered to Alaska’s harsh environment, re-ditching, and re-paving the whole seven miles (the paving part is a long way off). Right now, a 65mph highway has been reduced to things like this: 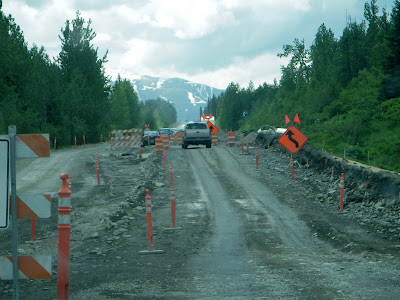 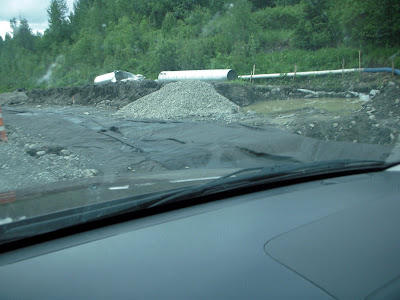 Most of the work is being done from 8 p.m. to 9 a.m. to reduce the inconvenience to the traveling public. But, crews are still holding up traffic while the asphalt-eating machine grinds its way along the road during the daytime. Traffic is one lane only, follow the pilot car, do not pass go. 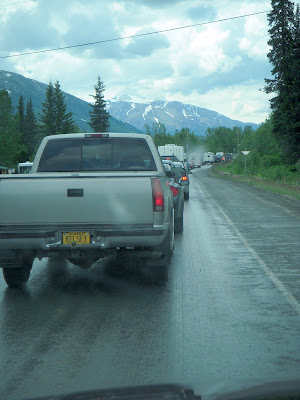 Waiting in line for the pilot car to show us the way. 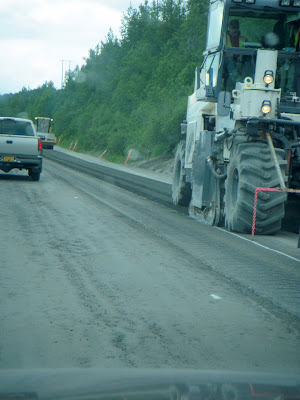 Right now, fishing fever is in high gear on the Kenai Peninsula and people are swarming to places like Seward and Soldotna and Homer, trying to latch onto as many king and red salmon, or halibut, as they can. Add tourists to that and the normal traffic on this only access to the Kenai Peninsula, and you have long lines of vehicles piling up at the flagger’s spot, waiting for the pilot car driven by my friend Sandy. Yesterday it took me half hour to travel a mile and a half, counting the time I sat in line.

Yes, those delays are enough to severely discombobulate my time schedule, but when you add things like this…. 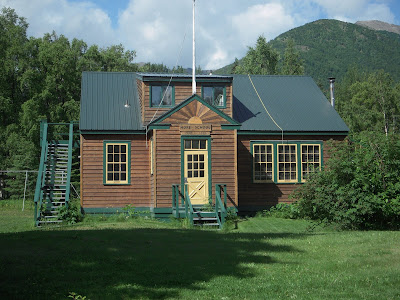 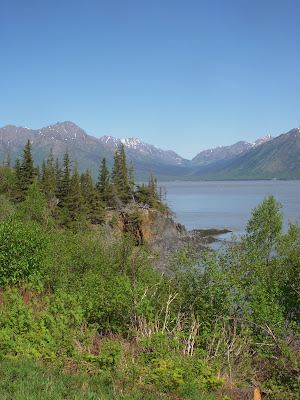 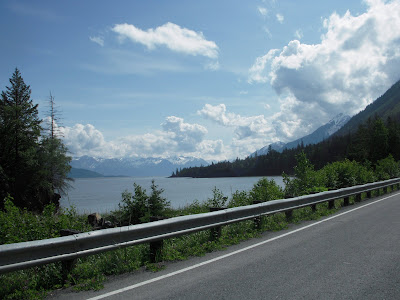 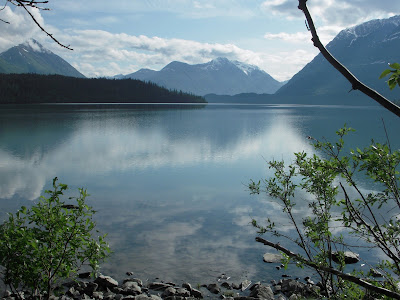 And the blooming wildflowers…. 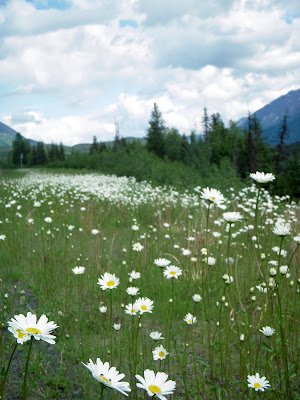 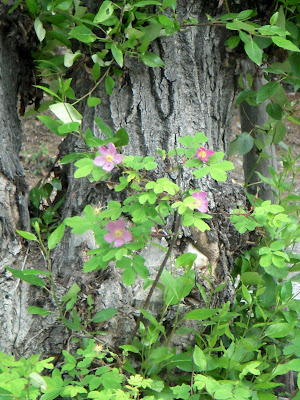 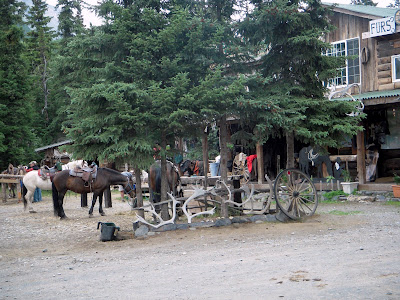 Well, let’s just forget about “swift” and settle for “eventual completion of their appointed rounds….” ‘Cause like I said, that really isn’t the official creed of the post office, and besides, it doesn’t mention anything about blizzards and earthquakes and avalanches and moose standing in the road and highway construction, none of which stay us from the … completion of our appointed rounds.

Email ThisBlogThis!Share to TwitterShare to FacebookShare to Pinterest
Labels: USPS