Four months ago I stepped off a luxury motor coach in the central Australian Outback. Before me in the distance was a rock called Ayers Rock, so famous that it is iconic of the country. To me and other first time visitors, it looked like a loaf of red bread.

We arrived just as the sun was setting. Folding seats were withdrawn from the belly of the coach. Caterers set up platters of crudites, fruit, cheese and crackers while other poured champagne and/or orange juice. The Autralian magpies came out to beg for cheese, and dozens of cameras were trained on the monolith before us.

"Take a picture every few minutes," recommended our tour director Simon. "You eyes won't register the changes, but your camera will." He was right. The cameras showed the color of Uluru, as it is more commonly known in country, changing from rusty orange through the spectrum to maroon.

With that lesson in mind, on Sept. 5 I began photographing the tundra from my loft window. Every few days, I took a photo of autumn colors flushing the blueberry and Labrador tea bushes, the birches and cottonwoods. This year the sun has failed to appear to heighten the colors in the photography, and all the pictures were taken on gray overcast days.

This one, the first hints of fall, was taken Sept. 5. 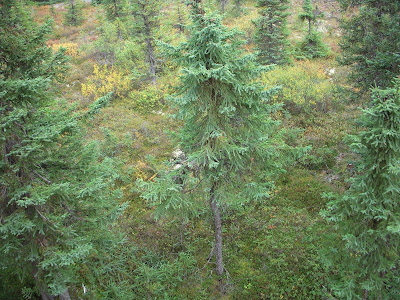 Five days later, Sept. 10, the colors were spreading and deepening. 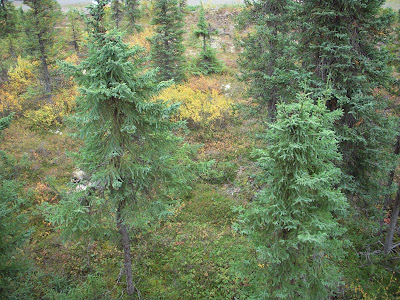 Saturday, the 13th, this is what the view was like: 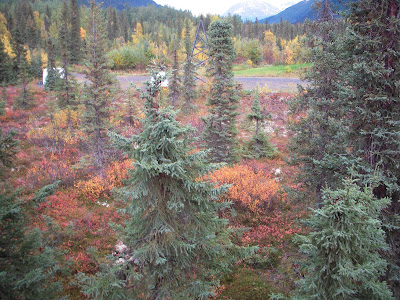 Across the airstrip from me, there's a sassy little birch tree that always dons her brightest golden gown this time of year. She is quite the standout amongst her retinue of dark green spruce. 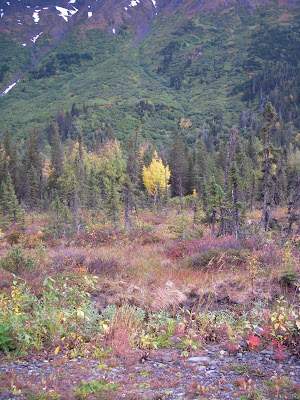 As with Uluru, the sight from a distance is spectacular, but it was not until we drew closer the next day that the breath-taking drama became visible. So it is with my country....


Yes, it really is lavender: 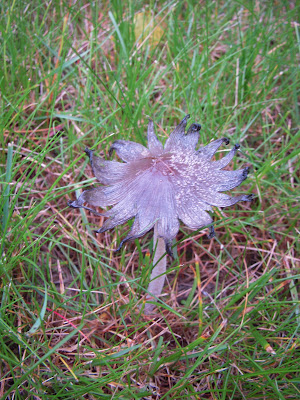 No doubting the color of this one: 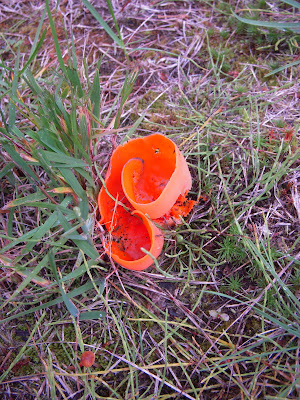 Like my tee shirt from New Zealand says, "The earth has music for those who listen."
Posted by Gullible at 9:03 PM