The late evening news is on while I write this, and Jackie the meteorologist says it’s snowing on the hillside in Anchorage tonight. This won’t post until sometime in November, depending on which date I schedule it for, so “tonight” is actually Monday, Oct. 26.

The scheduling is an arbitrary decision on my part. I’m scattering these throughout the month so you won’t forget about me while I’m in Mexico.

When I was a kid living in Anchorage, the only lights you could see on the Chugach Mountain foothills that flank Anchorage’s east side were the lights of the Nike missile site and occasionally Arctic Valley ski slopes. Once in a while, under certain conditions, you could detect the lights of homes up there, but they were spaced widely apart. Nowadays, the entire hillside, even extending above timberline, glows with the lights of hundreds, if not thousands, of homes.

That means is they get snowed on first because of the higher elevation. While Jackie was all but promising snow down in the city proper later tonight, I happened to be going through my photos on flash cards from three years ago, and came across some from Hawaii. I figured that was appropriate, to dream about Hawaii on a night it’s snowing a hundred miles north of Halibut Cove.

So, I’ve put together a few pix from a couple years ago, when the Sisters of the Maui Splash vacationed on the Big Island of Hawaii. 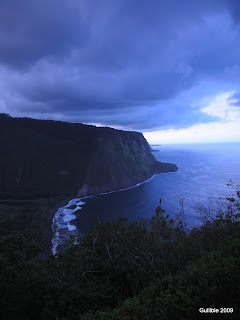 This is Waipi'o Valley, located on the northeast side of the Big Island. The largest of the seven valleys that flow from the Kohala mountains to the sea, Waipi'o is a mile across its mouth, and six miles deep. It is the epitome of a tropical paradise, flanked by a black sand beach, and cliffs almost two thousand feet high. 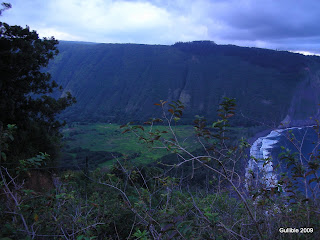 Darkness was almost upon us when we reached the overlook. It made for some spectacular lighting for these photos. 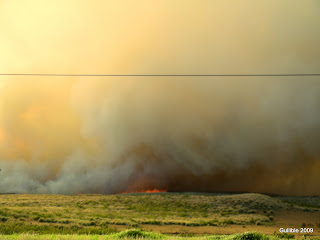 Speaking of spectacular lighting, I was pleased how these two photos of a brush fire turned out. It looked great as we were driving by, and much to the concern of nearby traffic control, I pulled over and grabbed a couple shots. 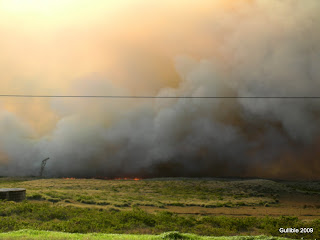 The fire was uphill from Waikoloa, where we were staying. Because of it, we had to take the long way around to get to our condo, maybe forty miles, rather than driving dowhill a few miles. 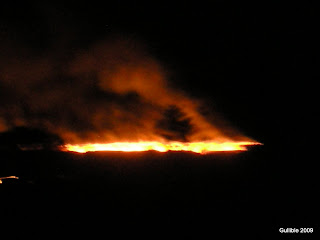 A couple photos taken at night. 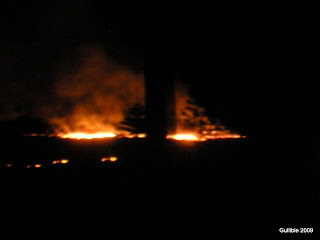 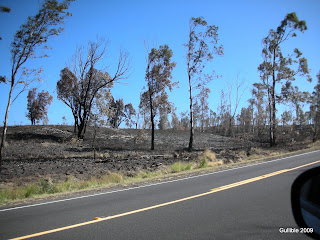 This was a day or so later, after the fire was out and the road re-opened. 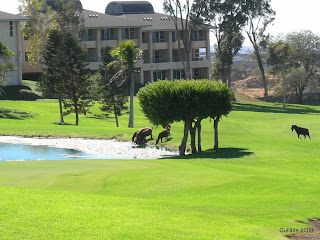 I've forgotten what these were. I think they're wild goats, come for a drink on the Waikoloa golf course. I'm standing outside our rented condo. 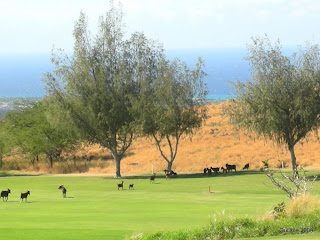 More of whatever they were. 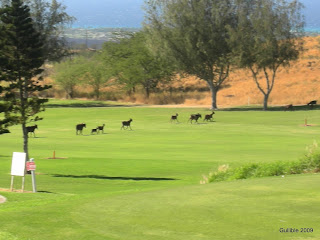 They were pretty skittish and they really wanted water. Then they ran back into the black lava fields. 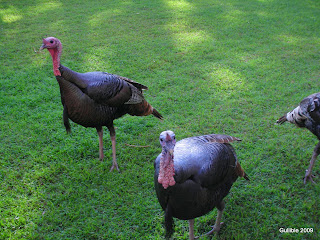 Wild turkeys on the golf course. 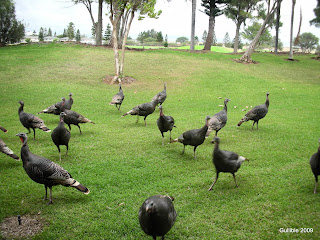 I have to laugh when I see these pix. My husband and his buds would hunt wild goat and turkeys for days in the upland scrub, and never get any. Then one day friend Grant shot a goat. He cooked it for three days and we still couldn't cut it or chew it. 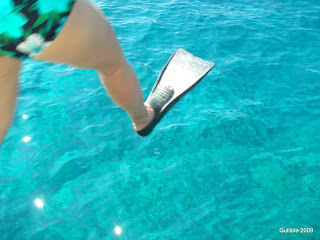 Just look at this water. It's at Kealekakua Bay, where Capt. James Cook met his demise at the hands of the Hawaiians. When he first showed up, they thought he was a god--a prophecy come true. Then he went away and made the mistake of coming back. By returning, they knew he was not a god. 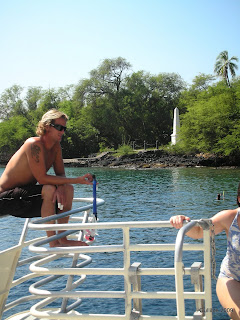 Ummm.....I was taking a photo of the monument to Cook there at Kealekakua. Seriously. I don't know what this life changing....I mean....life saving...I mean, life guard was doing in my picture. 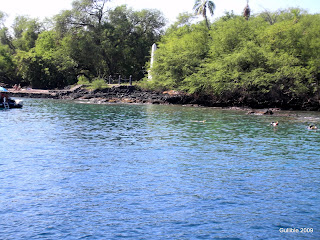 See? There it is. That white obelisk. By the way, that little patch of soil is owned by Great Britain and the site is tended by the British Navy. I understand it's the only place in the U.S. that is owned by a foreign government. 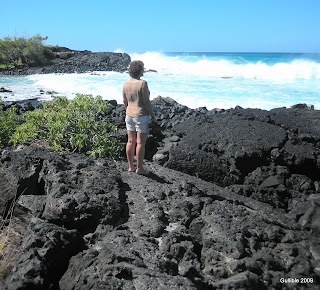 Nothing like a windy day and high surf. Only problem was, it was so windy it was hard to stand up, much less hold the camera steady. 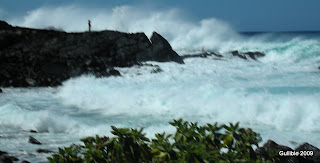 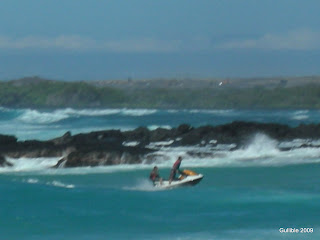 Then we spotted these idiots playing on jet skis, trying to make it through the always rough entrance to the protected small boat harbor. 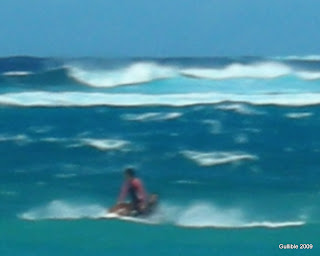 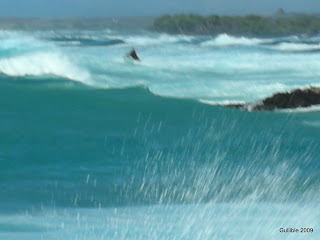 They made it safely into the harbor, otherwise I'd have some really exciting photos to show you. 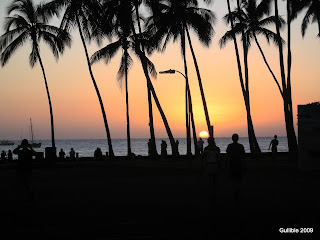 Th-th-that's it, folks. Wasn't that better than snow pictures?