There’s an old joke that says you have to know only three things to be a plumber (and you’ll have to forgive the colloquialism because it’s germane to the story I want to tell you):

Well, two out of three ain’t bad. It’s the last one, number three, they got wrong, taking it literally rather than metaphorically. I can tell you for sure that one’s wrong and its basis in fact is none other than the history of Seattle. Really. That’s what I learned last May when I was in that city and went on Bill Speidel’s tour of underground Seattle. 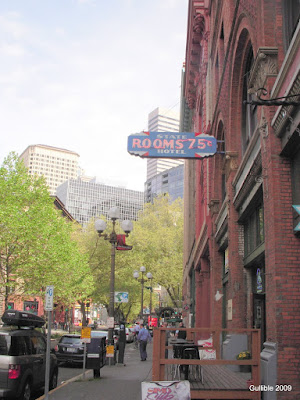 Strolling along the streets of Pioneer Square 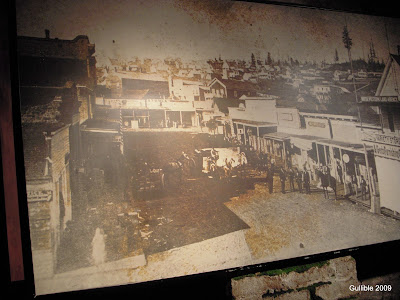 Anyway, one day last May, my friend Carlene and I boarded a bus in Tacoma and went to Seattle. We wandered around Pioneer Square for a while and soon found our destination: Bill Speidel’s Underground Tour office. We paid our money and we got our wrist bands. The instructions were to peel the protective paper off one end of the band and stick it to itself, making a colorful bracelet by which the payers could be separated from the gate crashers, or—in this case—the underground crashers. 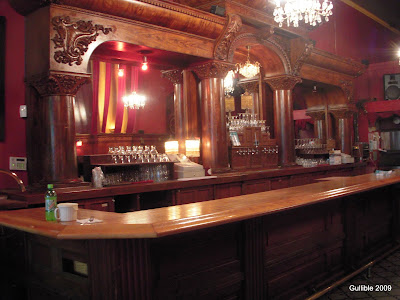 At the appointed hour, we were ushered into a seating area adjacent to a restored bar, but with no bartender or cocktail server in sight, it lost some of its allure. Then our tour guide introduced himself and led us in some stretching exercises in preparation for our tour. He pulled our legs, pulled our arms, and expanded our imaginations beyond their capacity. He filled us with factual information, exaggerated assumptions, and outright lies about the beginning of Seattle, while at the same time he stretched his credibility to the breaking point. 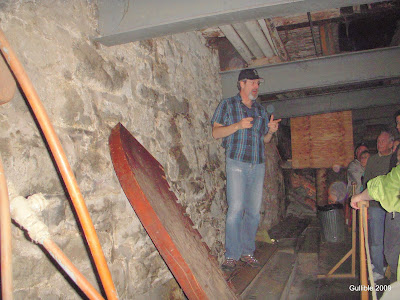 No, the thing that sparked my memory was looking down at Carlene’s wrist and realizing that she’d put her bright green wrist band on inside out. Now, that was something you really had to work at to do, but she accomplished it. 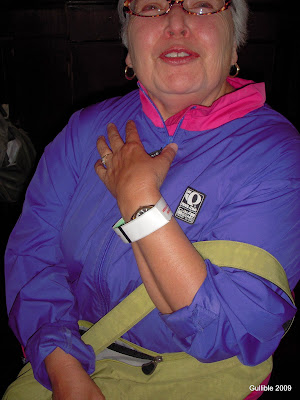 When I pointed it out, she laughed and posed for a picture. Then, this very intelligent college graduate, this lady who went to law school and was a practicing attorney until she retired, told me her mother used to look at her and shake her head while saying, “…and all that education.” Now, how can you not love someone like that?

But, back to shit flowing uphill, pardon my French.

Here’s the story. The guy who founded Seattle where it sits did so because of Elliott Bay. Big trees everywhere and a deep water port for exporting them. No matter that the place was in low-lying tidal flats and the streets were flooded with mud twice a day when the tide came in. Part of the problem was solved when the local sawmill gave all its sawdust away and folks built up the land to escape the tides. Then they built wooden buildings on top of that. 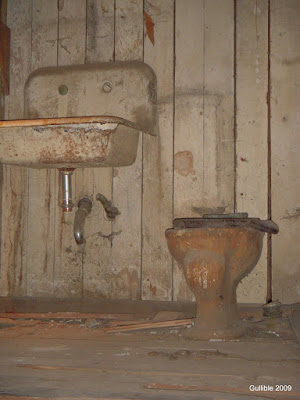 The biggest problem arose when folks started to install the latest invention in their houses—the indoor toilet. The folks who lived uphill didn’t have too much trouble, but the ones farther down the sewer line had porcelain gushers in their bathrooms when all the stuff that was in the lines got pushed back uphill by the incoming tide.

Told ya. It does flow uphill. Historical fact.

It was bad enough when the sawdust started to rot, but then a carpenter let his glue pot boil over and Seattle’s first urban renewal project took off like a wildfire. Which is exactly what it was. By the time it was out, it had consumed a couple dozen blocks of downtown Seattle. 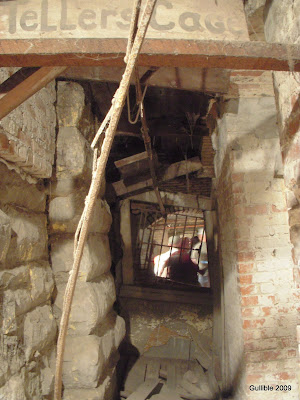 So, the city fathers decided this was the perfect time for a mulligan. They built retaining walls to hold fill, and raised the level of the streets. At the same time, merchants were rebuilding their shops with brick and stone instead of wood. Thing is, though, they were rebuilding at the original level of the town while the new streets were at second-story level. In order to get from one block to the next, you had to climb a ladder to the street, cross it, climb a ladder down to the sidewalk and so on. 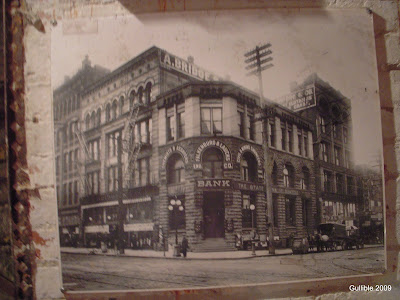 And the bank it was in.

Pretty soon, merchants installed bridges from their second stories to the new streets. Eventually, the first stories became storage areas and such. As new sidewalks were built at the new level, skylights consisting of small panes of thick glass were set into the walks to provide light to the lower levels. 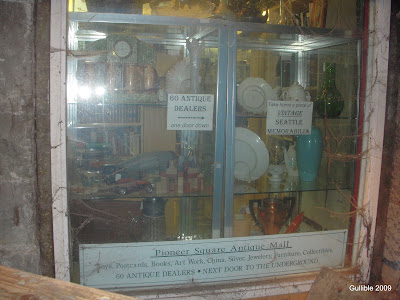 Today, thanks to Bill Speidel and all the arms he twisted, Pioneer Square has been preserved and is a vital part of the city’s past and present history. And Speidel runs tours of the Seattle Underground. 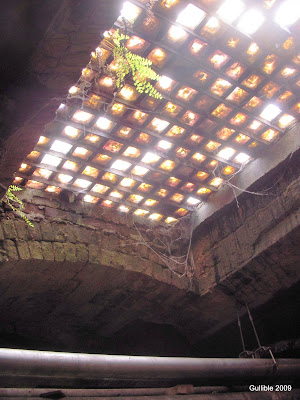 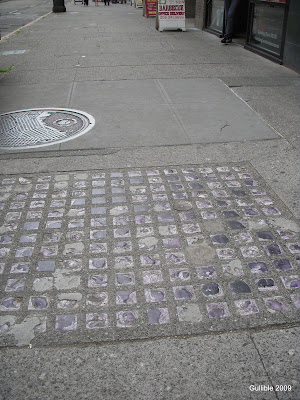 And from above.
If you go, try to put your wristband on inside out. Just try. 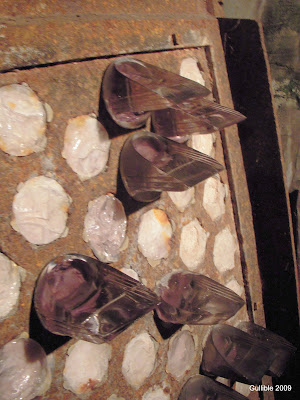 Close up of skylight.


In case you’re wondering, every bit of this is true. Has to be—got it from the man himself. You know, the guy who led us in pre-tour warm-up exercises. 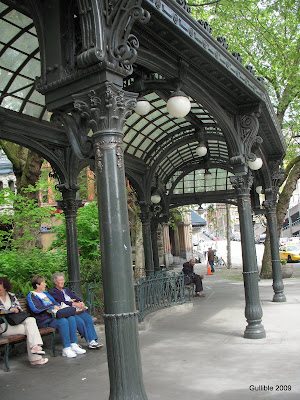 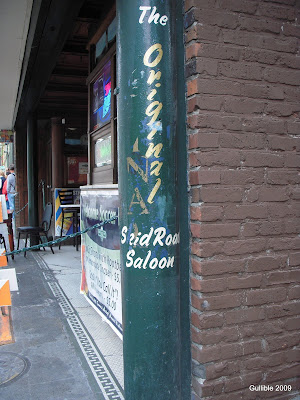