When I returned home from two weeks in Halibut Cove, a cardboard box with a familiar logo was waiting for me on the end of the kitchen counter: amazon.com.

Any box from amazon.com is a highly anticipated arrival, but this one was especially so. Nevertheless, it was only after several hours that I got around to opening it. In the meantime, I was involved with an attempt to capture an injured swan at a frozen Tern Lake, a swan whose flock had flown south earlier in the day. (See previous posts.) 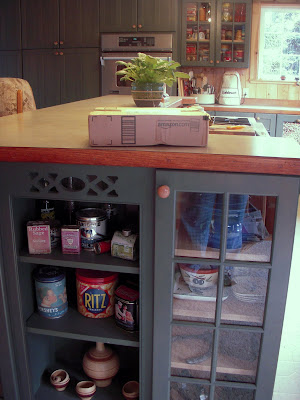 Finally, I opened the box and withdrew another, more slender box. 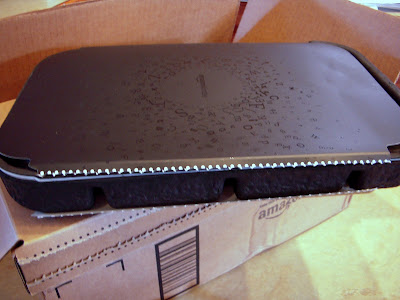 A pull tab was the key to opening this box, a tab with the words” Once upon a time…” printed on it. Already I liked this product a lot. Someone loved this product enough to care about its packaging. 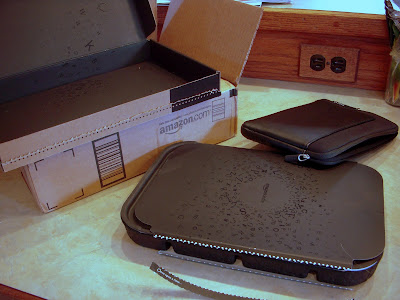 And carefully nestled within that box, was my new amazon Kindle. 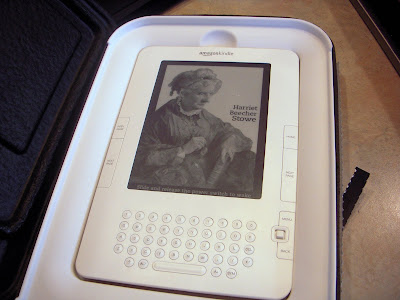 I unpacked all the accoutrements—the charging cord, the driver’s manual, the neoprene sleeve I’d also ordered. I plugged in the charging cord and went back to unpacking the Halibut Cove stuff. 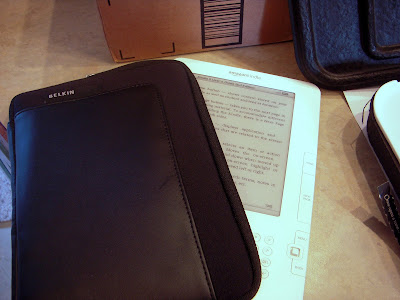 Late at night I carried the Kindle works upstairs to the loft, and dumped them on my desk. That’s where they stayed for almost 24 hours. I still had to see about the rescue of the swan that can’t fly, and some other things to do, so the Kindle wasn’t a top priority. 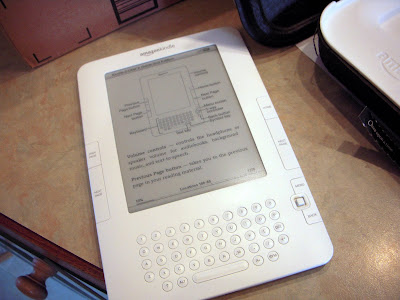 Finally, Saturday evening I sat in front of my computer, fully expecting to have to download books through my computer's slower-than-evolution 1x DSL line. I’d already browsed amazon’s Kindle store, and made a list of the books I wanted to buy. I had also checked their Whispernet coverage, the means by which Kindle downloads books “in less than a minute.”

Sure enough, my little spot on earth wasn’t included in the coverage, according to the online map. I could go to and get the fastest downloading capability, or drive a few miles towards Cooper Landing and get the slower download feed. 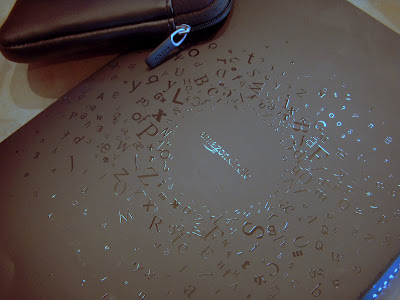 I read the instruction at the bottom of the six-inch screen: “Slide and release the power switch to wake.” I did. All kinds of cool information popped up—including the familiar “bars” indicating reception quality. OMG! There were five solid bars. Could it be?

Quickly I searched the instructions for how to buy my first book. I ordered Michael Connolly’s “Nine Dragons.” I noted the start time: 5:52 p.m., and went back to reading the driver’s manual. It read that when the title of the book appeared on the “Home” page, the book had finished downloading.

Holy ratziolli! The title was already there. A couple hours later I had sixteen books on my new Kindle, and had been working my way through the more than 350,000 titles available. The Kindle, amazon says, is capable of holding up to 1500 books, with more archived online. In the meantime, I’d gathered up all my books by my favorite authors, trying to make sure I wasn’t duplicating titles. 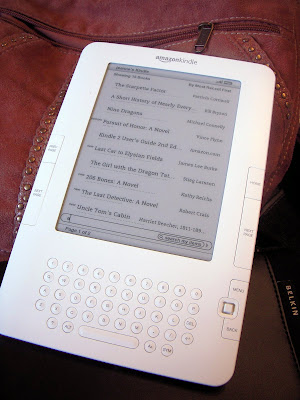 I took the Kindle to bed with me and started reading. I found it much easier to hold than a hardback or paperback book, as it can be done with one hand. It weighs about the same as an average length paperback, and has convenient switches on each side for “next page.”

The screen itself is light gray with black text, and easy on the eyes. Before I realized it, I was in Chapter Two of “The Scarpetta Factor.” I made myself stop, because these are the books I intend to read when I go to next weekend. Purchasing the Kindle for travel was the whole point. The printed books I hauled to Halibut Cove weighed more than my clothing, and probably half the weight of the two week supply of food.

Impressions so far—great for travel. I don’t think I’d want my reference books on it, although it does come with “The New Oxford American Dictionary” already on it. The Kindle also has the capability of downloading documents from my computer, which might come in handy. There are some drawbacks (you have to loan your whole Kindle if you want to loan your best bud a book), and I'm still getting used to what I think is a sometimes slow navigation, but that might improve as I become more "instructed."

All in all, I think I really like it. And I LOVE the packaging. The packaging itself is a work of art, and shows that someone really, really cares.

(Note: I don’t usually do product endorsements here, but this is different. This post is for my fellow travelers, the ones whose suitcases are half full of books, and still trying to stay under domestic luggage weight limits.)