A brief pause in the Africa Journals

I am currently in Halibut Cove, house-sitting for friends while they travel the western U.S., though my most important responsibity is opening the door for Gerri the cat. 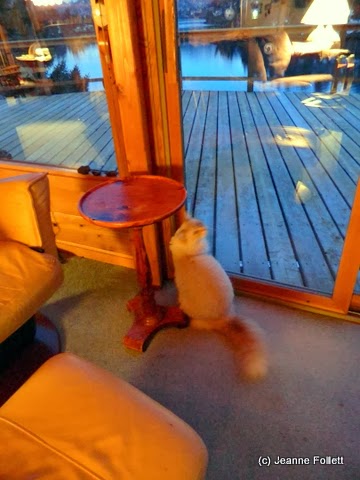 My arrival was timed for Saturday, Feb. 22, four days after I returned home from Africa.   That morning I drove 130 miles to Homer, at the highway end of the Kenai Peninsula. 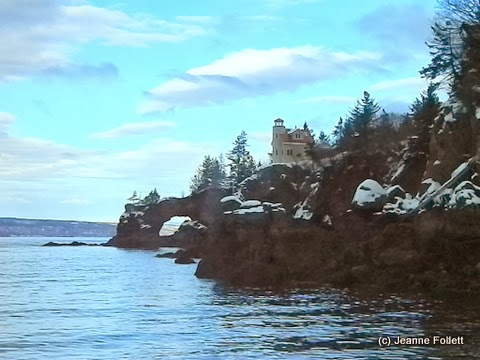 At 2 P.M., I boarded the venerable Stormbird, a WWII veteran, which sails twice weekly from the cove to Homer, picks up the mail, and returns to the cove in the afternoon.  It is THE form of transport for the folks who call the cove their place of residence, and frequently hauls groceries, lumber, and appliances for them.  It is known informally as the boat that built the cove. 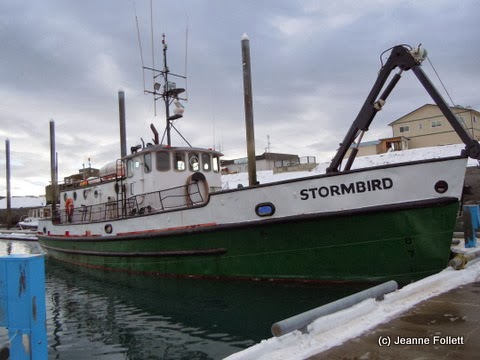 That evening, I spent a wonderful few hours with my host Jim and two Austrians, Jurgen and Claudia, who are wintering in the Cove.  They had spent five years in their native Austria rebuilding a 40 foot sailboat, which they motored down the Rhine into the North Sea.

They explored the fjords of western and northern Norway, then sailed across to Iceland and Greenland.   From there, they sailed the Northwest Passage, around Alaska and came to the Cove where, as I mentioned, they are spending the winter before going down the west coast of the U.S. to Mexico.

They prepared a program of still shots and videos with commentary, which they showed that night.  Claudia wrote and published a book about their journey, which, unfortunately for us, is only in German.

A series of minus tides in the cove resulted in them moving their sailboat, La Belle Epoque, to the deepest water around the public dock in the cove, and I was able to get some photos. 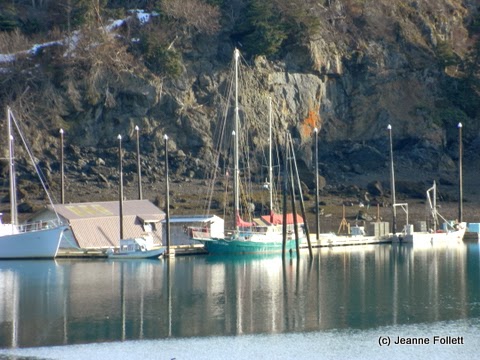 Some photos from the Cove: 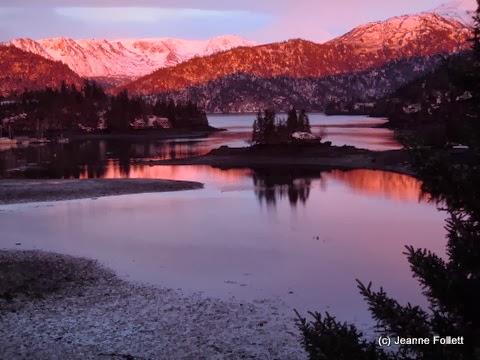 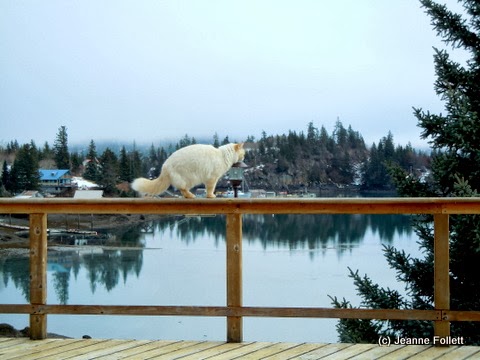 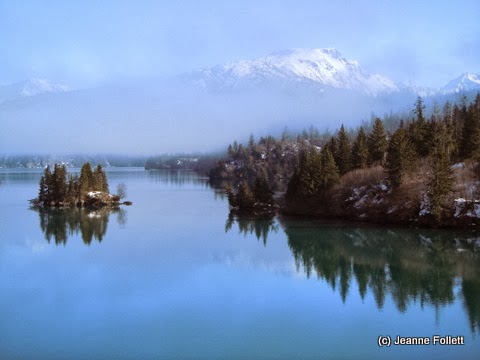 And now back to the Africa Journals... 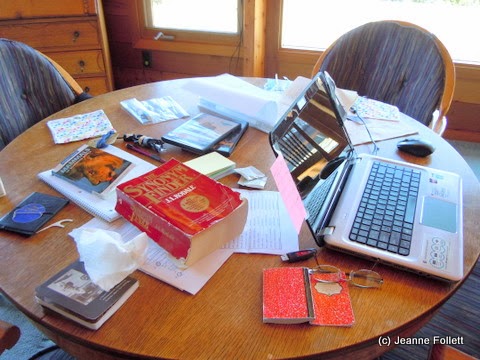