The Africa Journals, Ch. 29, Rub a Dub Dub, Elephants in the Mud

The Africa Journals
Chapter 29
Rub-a-Dub-Dub, Elephants in the mud
A hurricane is like an elephant--it can go anywhere is wants.--Cliff Lusk

The soft, misty rain has all but abated as we climb into the safari vehicles for our late afternoon journey into Chobe National Park. The vehicles are rigged for rain with a large flap hanging from the overhead canvas down to the windshield, providing protection for the driver and front seat passenger, but obscuring forward visibility for the other passengers.

Ponchos are passed out to those who want them and then we're on our way, out onto the service road, then the primary road, and a right turn toward the park entrance.

"There's a photo op on the left," says Brian, and our driver slows down so we can photograph what is indeed an unusual photo op.

He slows again for us the photograph the park's entrance sign, the parks fo he and Brian can check us into the park. 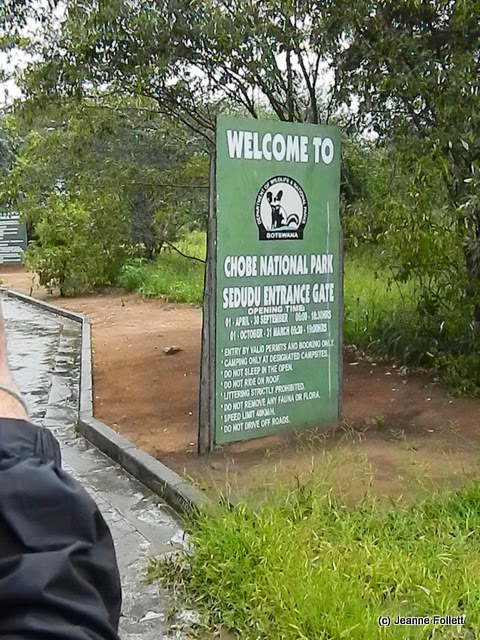 With a quick right turn towards the river, we see a female kudu just off the road with a million dollar view behind her. By this time, the rain has stopped completely and the sky is a dramatic tableau of any kind of weather you could imagine. The front rain flap is rolled up, too. 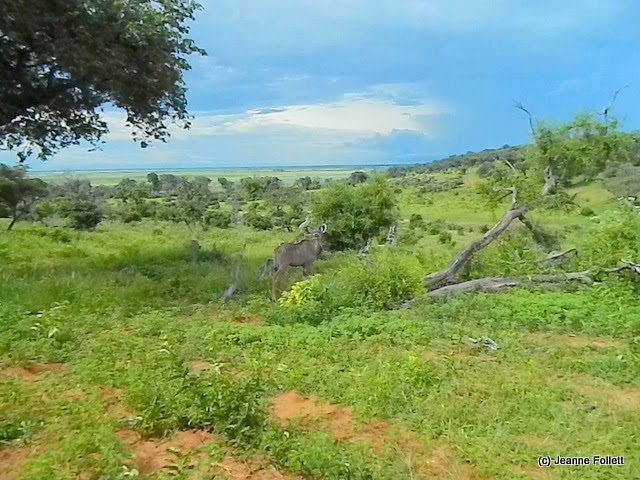 A few more yards and we reach the baboon 'jungle gym," with young baboons scurrying up the tree and annoying all the adults. 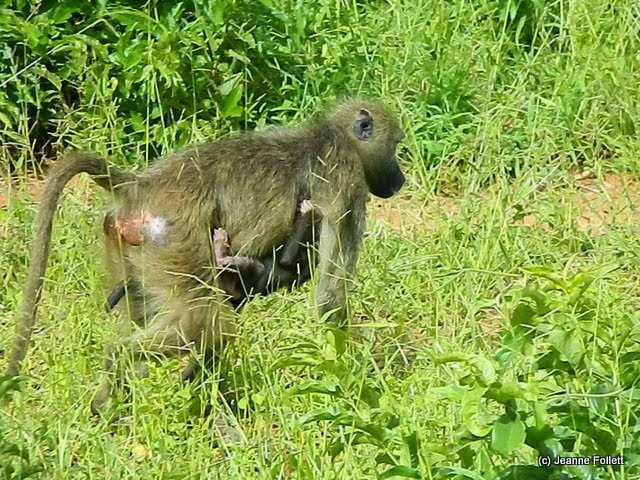 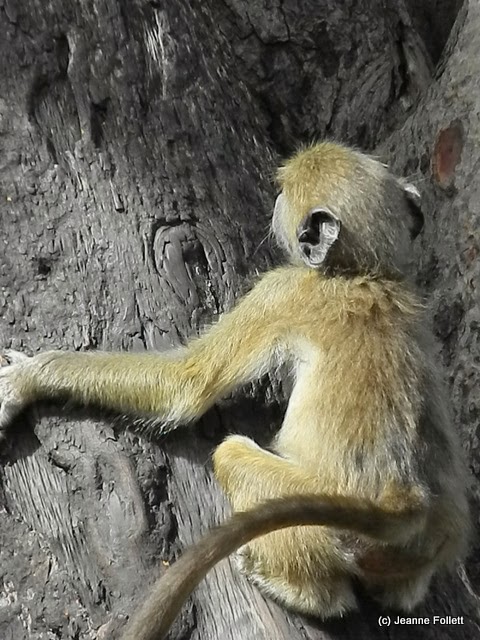 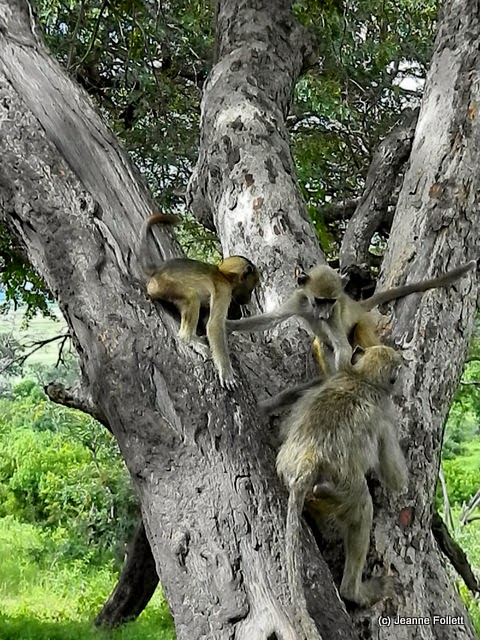 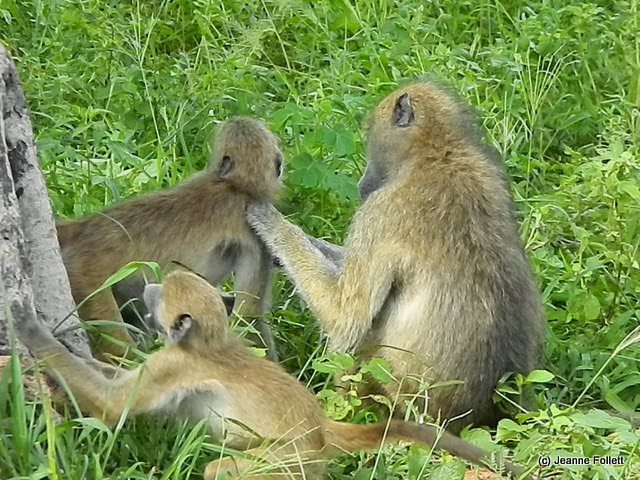 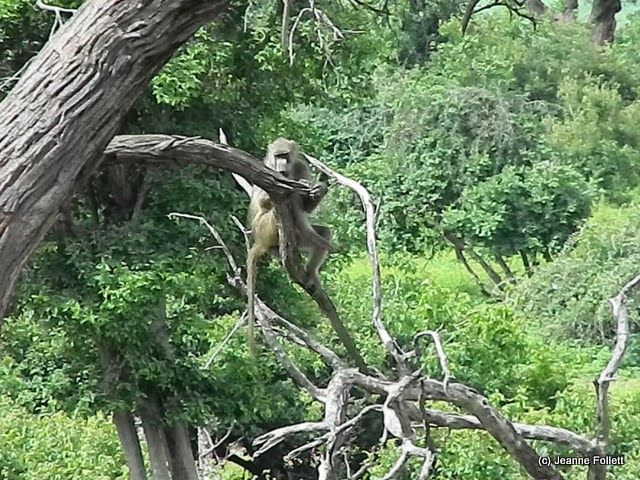 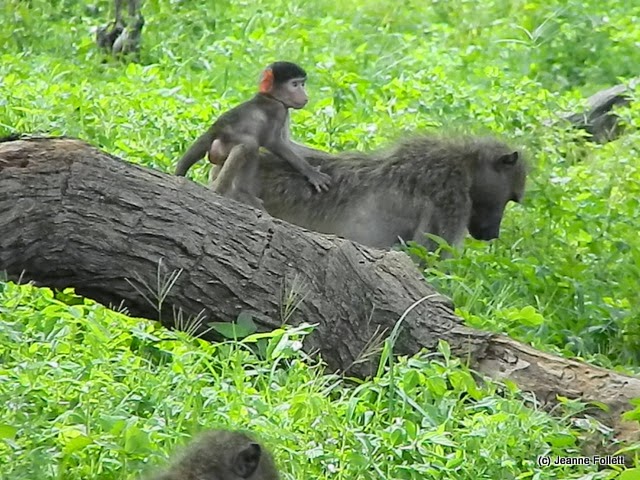 Up in the branches, a solitary adult seems quite at peace, until the youngsters reach him. 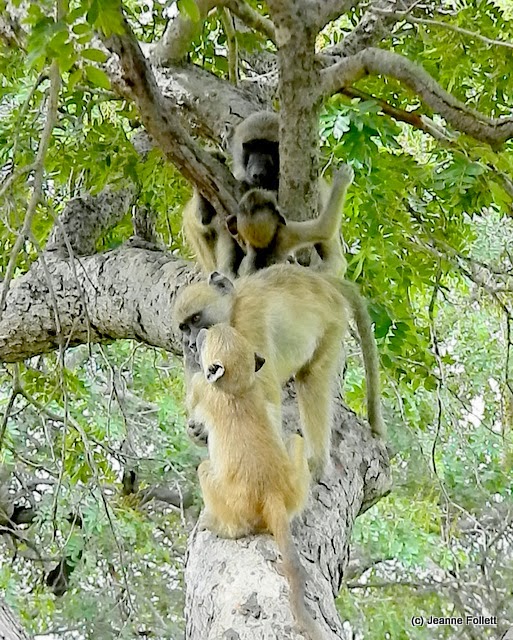 We drive a short distance and turn onto the sandy beach road. A small herd of beautiful impala are next to the road. These antelope are up to 3 feet at the shoulder, five feet long, and weight between 88 and 168 lbs, with the males being taller, longer, and heavier. Only the males have horns and they can be 36 inches in length. 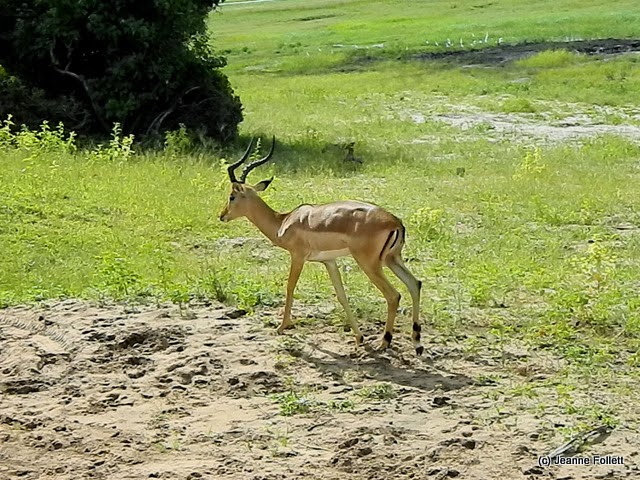 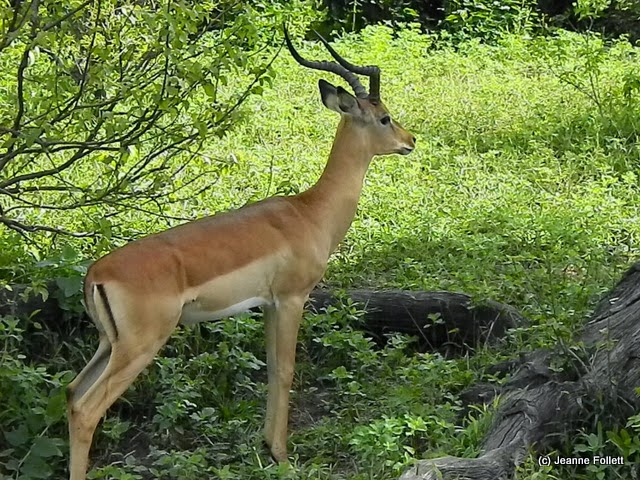 What is amazing about these animals that are on all the predators's menus, is that they can jump as high as ten feet, cover thirty feet in a single leap, and run at 37 mph. For this reason and one other, they are called African Fast Food.


The other reason is that they have black markings on their rumps that look like the McDonald's double arches. It's an African joke.

Shortly, we spot one of the creatures on the Ugly Five list-- the Marabou Stork with ts featherless head. These birds are five feet tall and have 10-12 foot wingspans. They are also known as the Undertaker birds, because of their appearance. 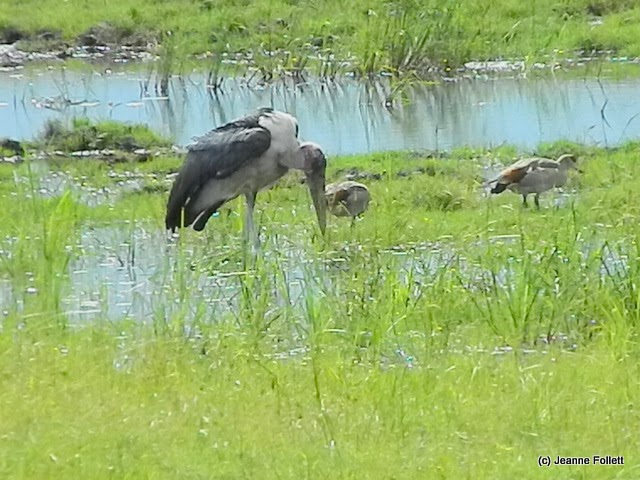 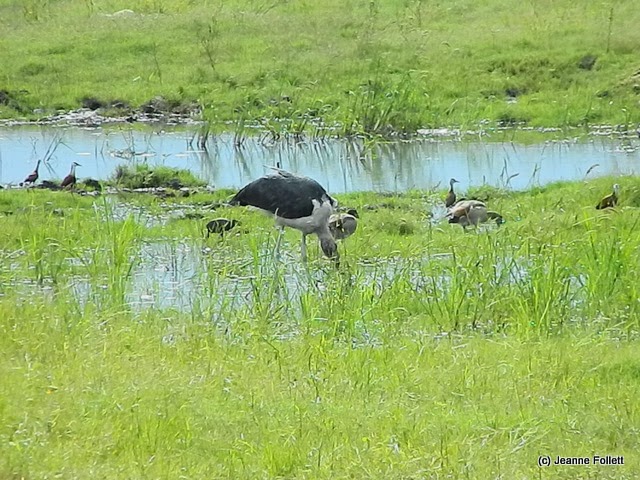 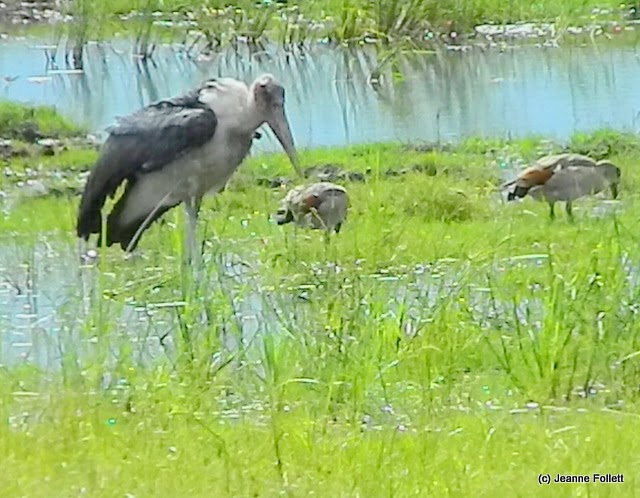 Remember the Mad Magazine cartoon Spy Vs. Spy? That's what the Marabou stork looks like when it walks. You can see a video of one here: http://www.youtube.com/watch?v=z_46e0SgYQE

A pair of Black-backed jackals watch the stork and nearby birds with great interest. 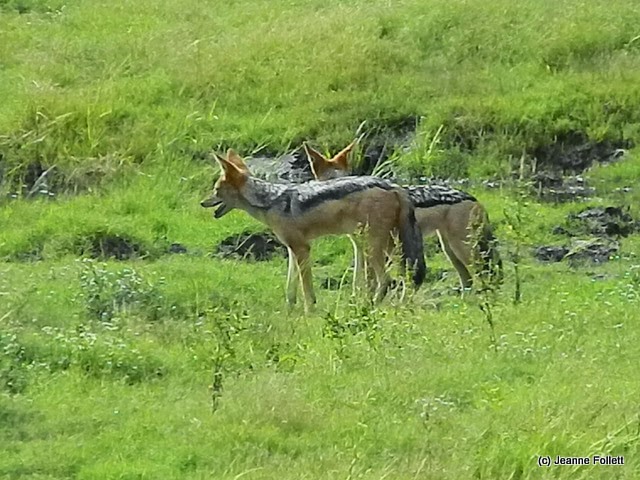 And then the fun begins. Herds of elephants are rolling in the mud wallows. They do this to cool off and to protect their hides from the sun and insects.

If the video below doesn't work for you, here's a link to it: