The Africa Journals, Ch. 17, Into the lion's Den

The world is a book and those who do not travel read only one page.
― Augustine of Hippo

Up at 5 A.M. and on the road by 6, the rifle once again in its place on the Land Rover.   Sunrise sets the African sky on fire. 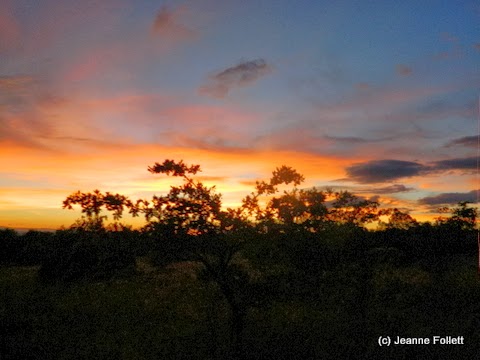 Into the tunnel, through the locked iron bars, and back into the lion’s den.  This time, the lions aren’t so elusive.

We come upon them lying in the ashes of burned trees, about 50 feet off the road.  The ashes, says Francis, drives the ticks and other parasites from their hides.   At first, all are lying in the shade. 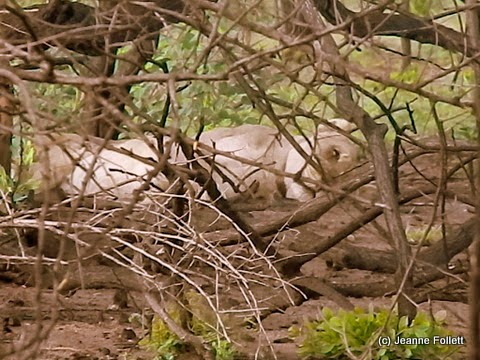 As the sun advances, a female gets up and moves into the shade again, followed by a male.  This is our best view of the lions of Mabula so far. 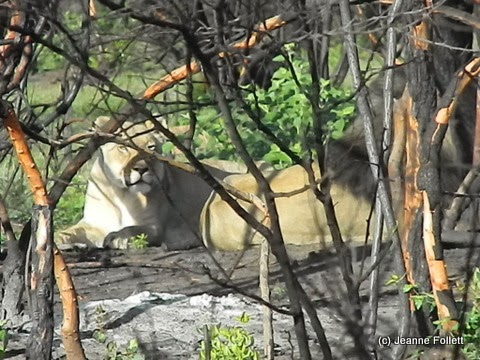 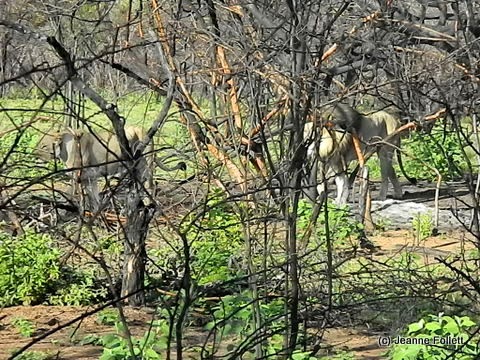 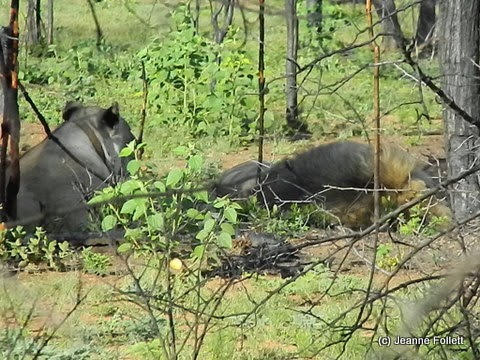 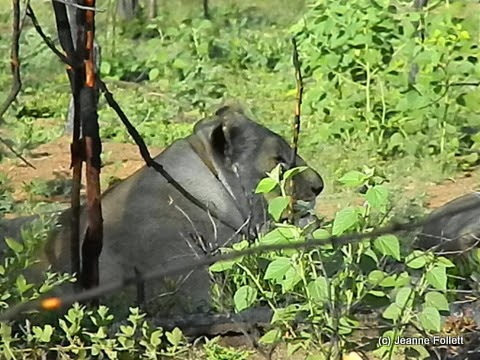 After a time, we drive away and come upon:

Yes, a single lioness lying in road, in the shadow of a single tree.   We hang back and await our turn to approach closer. 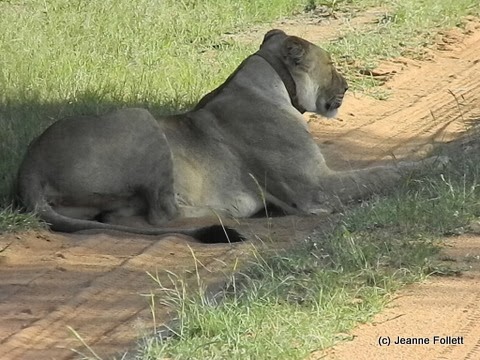 She is intent on something off to the right of us.

Eventually, we spot some Impala in the brush.  They are too far away for her to attack.   Impala are the fleetest of all the antelope, so the lioness bides her time, waiting for them to get closer. 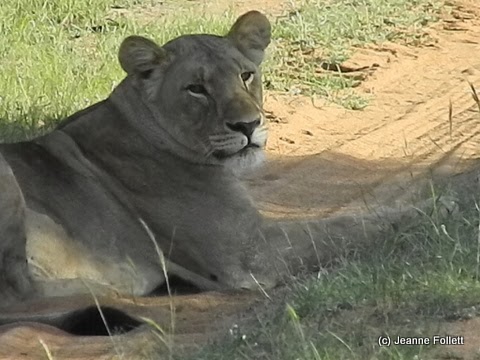 Most likely, says Brian, the lions had a kill yesterday or the day before.   That was why we saw them sleeping off their feast.   Though only the females hunt, the males eat first.   Only after they have had their fill, are the females allowed to eat.   This lioness, still hungry, probably slipped away from the others to find food.


She pays little attention to the safari vehicles.   We pay lots of attention to her.  At one point, she rolls onto her haunches, ready to spring, but the Impala remain at a distance. 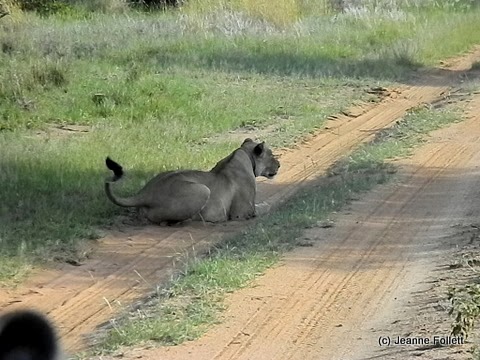 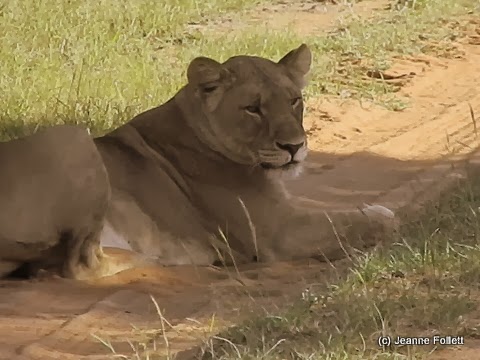 Another vehicle approaches and we cede our space to it.

We stop at a pile of elephant dung.   At my request.  There are small dung beetles in the dung, and I take a few photos. 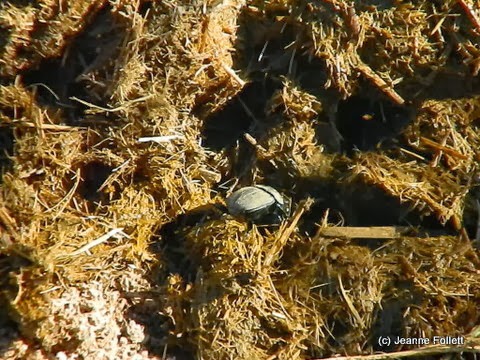 Going back through the lion’s gate, I see swallow nests in the tunnel. 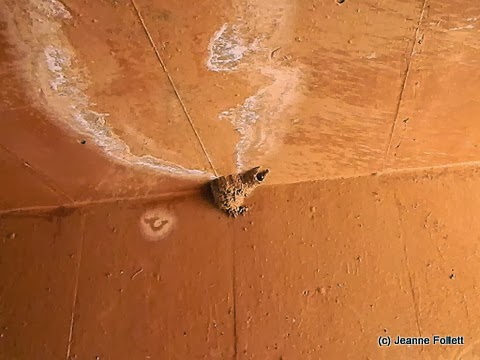 Breakfast awaits back at the Lodge.   Rosinah is now the breakfast cook and she smiles broadly every time I call her by name. 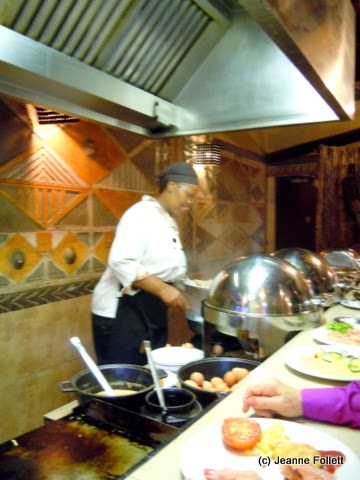 As I walk towards my room, I stop to photograph the grounds and spot a baboon a distance away.   It watches me, then heads for a cliff.   So do I.   I follow it up into the cliffs, trying to get a better photo, but it remains a distance ahead, peeking over the rocks to see if I’m still following.   Eventually I give up and turn around. 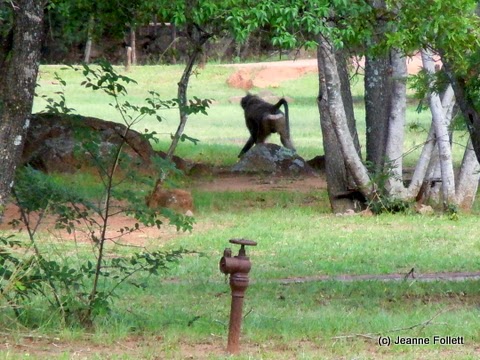 I photograph some foliage that looks similar to the sensitive plant.  I recall running my finger down the one my mother had, and watching as the leaves closed together. 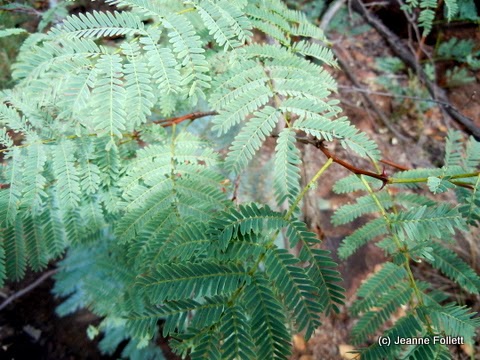 I try the same thing with this plant and get stuck by a thorn I’d failed to notice.

It reminds me of the title of a book about South Africa:  Everything in Africa Bites, Scratches, and Stings.