The Africa Journals, Ch. 8, In Which I Out-Smart Myself

In which I Outsmart Myself

Traveling is a brutality. It forces you to trust strangers and to lose sight of all that familiar comfort of home and friends. You are constantly off balance. --Cesare Pavese


I found the bank without having to ask anyone (other than the hotel desk clerk) where it was.  Out the door opposite the elevators, bear left through the parking garage, up one flight of stairs, down the mall, turn right, and IT is at the end, guarded by a pack of rhino. 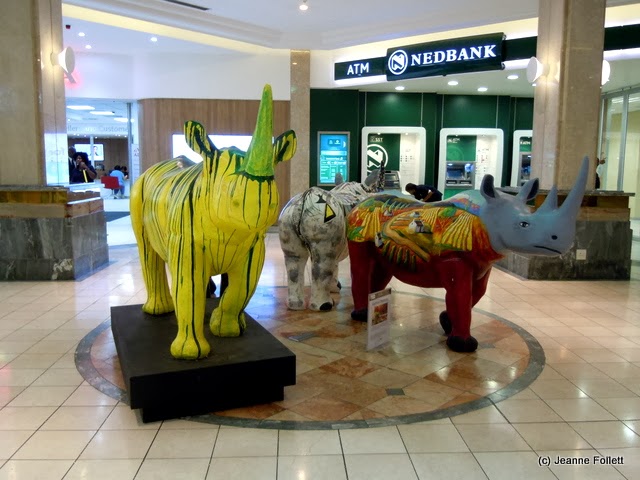 IT was also closed.  I had 25 minutes to wait so I wandered through a nearby grocery store,  astounded at how inexpensive the prices were.  A bottle of Coke Zero at home cost $1.69 and up.   In Johannesburg, about 80 cents.

A big package of porterhouse steaks was $72 rands.  For simplicity’s sake, we rounded off 10 rands as one dollar, though actually the trade was fluctuating near 11.63 rands per dollar.  Thus, that big package of steak cost less than $7.20.

I wandered back to the bank, which still wasn’t open, and began talking with a middle-aged woman who was also waiting.  She said there wasn’t much for tourists in Johannesburg, and when I mentioned we would be going to Pretoria and Soweto townships, she began talking about “blacks.”   She said the word in a soft voice, looking around to make sure she wasn’t overheard.

South Africa has had a population boom since Mandela opened the borders to everyone, she said, and the “blacks” receive government assistance for six years for each child to help the child get a good start in life, and as a result they have many children so they continue to receive assistance. 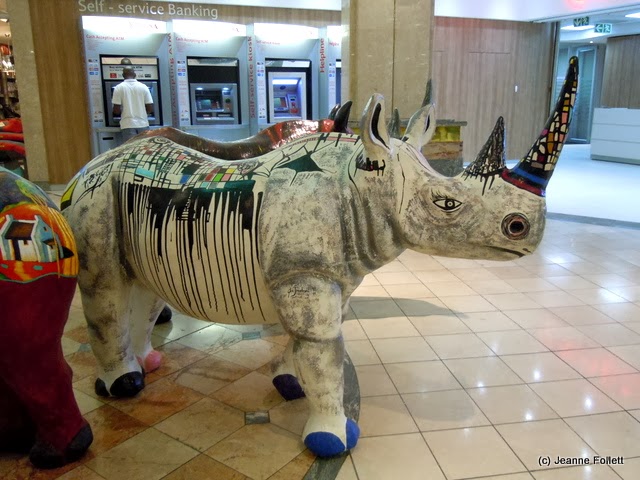 Right then the bank opened, ending my first conversation with a white woman who had lived with apartheid.

This was like no other bank I had ever seen.  There were no tellers in sight.  I waited in the one line until I reached the front desk and was enquired about my business with the bank.

“I would like to exchange some dollars for rands,” I explained.

“Do you have your passport?”

“Fill out this form, please.”  Holding up a three page form. 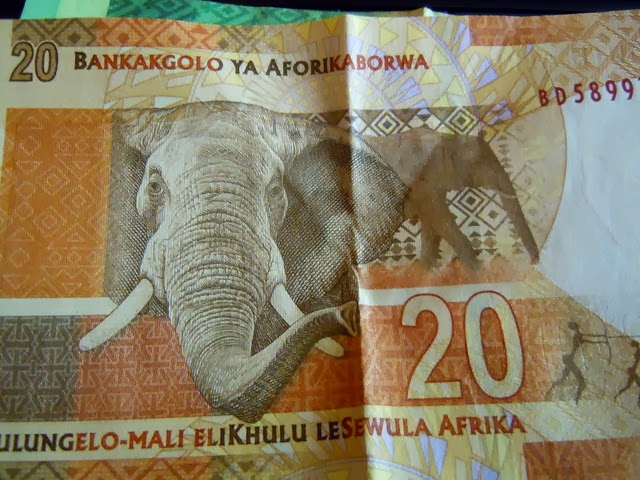 I filled out as much as I could ( a lot didn’t apply to me) and returned to the desk, again explaining the purpose of my visit to the bank again. 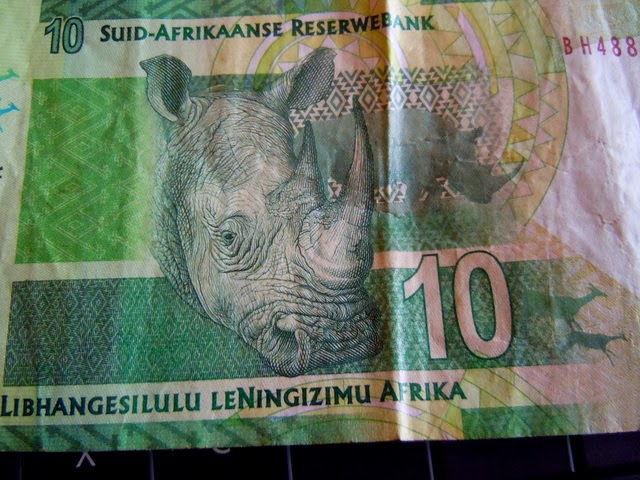 “All I want to do is exchange a hundred dollars for rands,” I said.

Sigh.   I’d out-smarted myself again.  Rather than incur fees from my bank for foreign exchanges, I’d taken cash to exchange, and I was so confident that could be transacted easily, I’d left my ATM card in my hotel room safe. 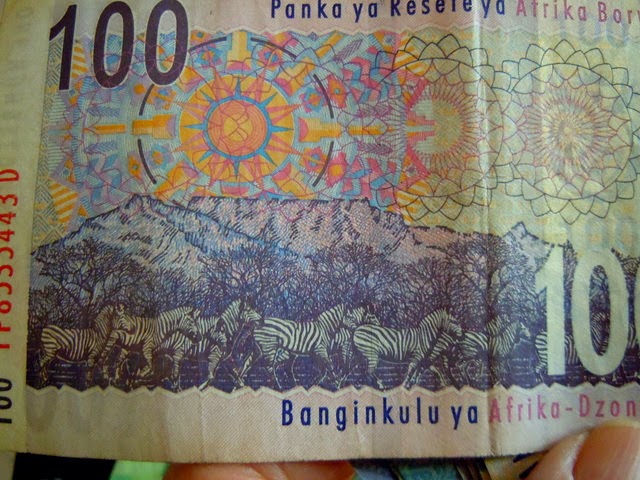 Back I went to the room, got my ATM card, and back to the dizzying array of ATMs outside the bank.   Next to each machine was a long list of what that particular machine could do.  I finally had to ask a nearby uniformed man which ATM would dispense actual cash.  From there on, I had it.  Brian said we’d need about a hundred dollars in rands for tips, and that’s what I got.

Then I realized I’d need some for incidentals and went back to the ATM for more.   Then I ran into the only other solo traveler on the trip, Anne from Florida, who complained that the ATMs wouldn’t accept any of her ATM cards.   I volunteered to get her some rands with my card, so I went back to the bank for the third time, got some rands, and accepted her hundred dollars. 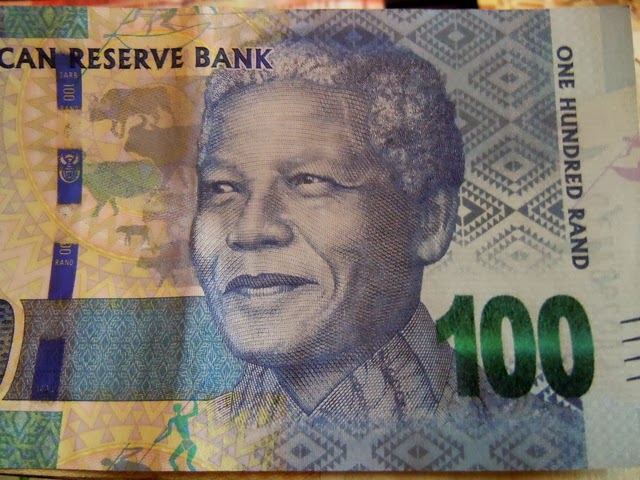 By this time, those of us who were PUNCTUAL were gathering in the lobby.   Casual conversation revealed that Tony had yet to fill his pockets with rands, and I volunteered to escort him to the bank.  I had this bank thing down pat. 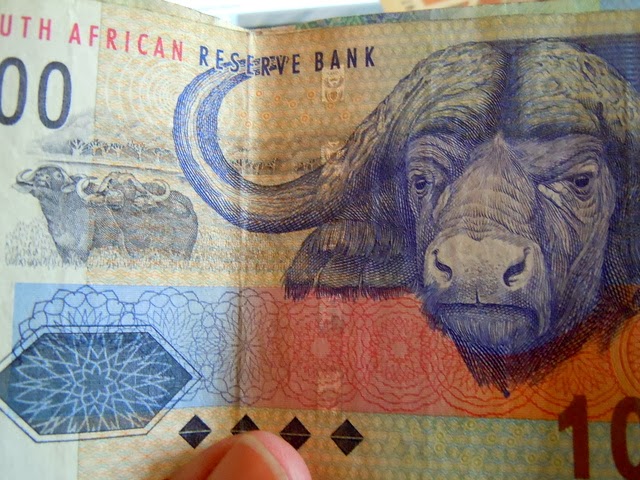 After all this, I made a detour into the grocery store and rewarded myself with a Magnum pomegranate ice cream bar. 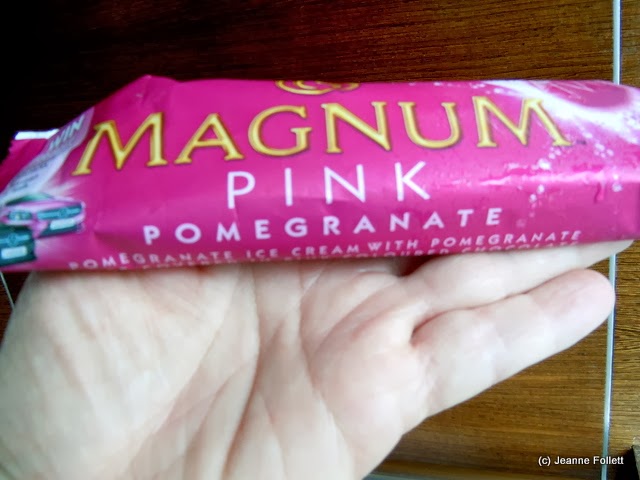 And that led to my next culture clash “adventure.”