In the jungle, the mighty jungle, The lion sleeps tonight
Wimoweh—Zulu song written and recorded by Solomon Linda, originally with the Evening Birds

I was up and it was early, but neither I nor "it" was very bright.   In fact, “it” was still dark, so dark I had trouble finding my way to the appointed rendezvous at the front of Mabula Game Lodge.  I struck a direct line for the nearest building with lights and hoped I wouldn’t trip over the resident warthogs on the way.

Breakfast would wait until we returned from our morning safari around 9 o’clock.   In the meantime, our guides were bearing rifles which they laid across the front of the Land Rovers.    I watched with interest as there had been no weapons at all on our safari yesterday evening.

Today I rode in Francis’s Land Rover, for a few reasons.  One was that I was the odd person in this group of 17, not including Brian, so it made sense that I would ride in whatever vehicle Brian was in.   Second, Sam was a jovial fellow and talked non-stop, but so quickly my brain had trouble getting through the accent.  Third, I could understand Brian, so Brian’s vehicle it was. 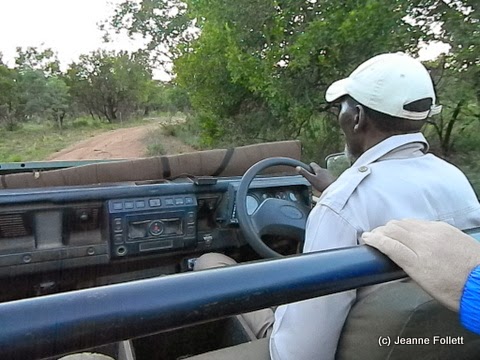 Francis is a very tall, lean, soft-spoken Zulu.   His bearing is of a kind, quietly gentle man who knows his job.   At the signal, we load up and head out just as the sun is lighting the horizon. 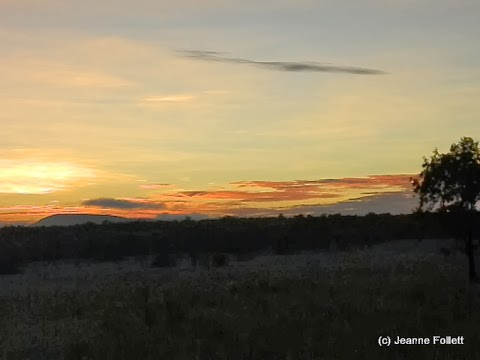 Dawn comes quickly in the bushveld and a few minutes from camp, it's light enough to photograph this fellow. 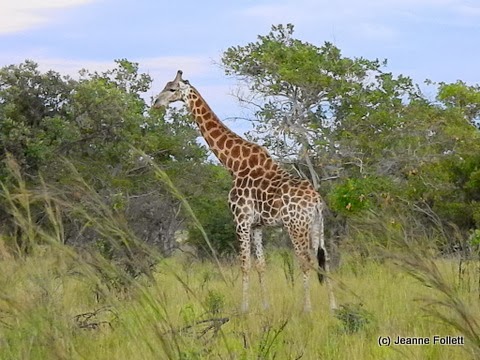 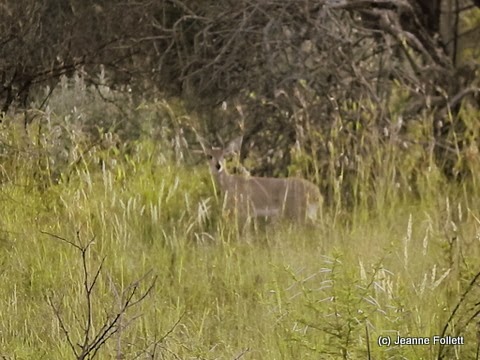 "WHAT is that?!!" I say when Francis slows for a turn.   I knew what it was, I just couldn't believe it.   On the ground is a porcupine quill at least 8 inches long.   Brian says some are longer, and holds his hands about 18 inches apart.   I find that hard to believe, but later in the trip I see them in a souvenir shop. 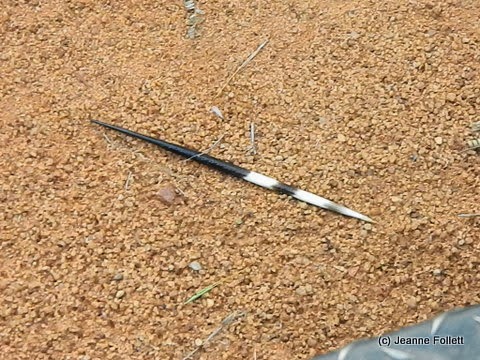 We come to a gate.   Sam is waiting on the other side of the open gate, and pulls away as soon as we drive through.  Francis closes and locks the gate behind us.  We are now in the lions’ compound.   That’s the reason for the rifle. 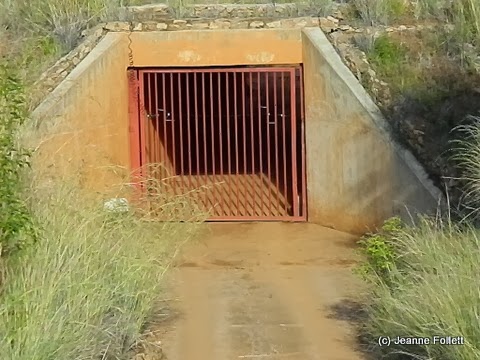 A small Duiker (antelope) runs across the road but too far away and too quickly for a photograph.   We pass the occasional Impala and other antelope, but our focus is on finding the lions.   They had been seen, and we drive through the various trails for a couple hours.

Then Brian tells Francis the vehicle has a low tire.  Not something you want to hear while you’re in the lion compound.  He drives to a place where fences meet in such a way that affords protection on three sides, then backs in.   He lifts the rifle from its resting place and unfastens the scabbard strap.  He pulls the rifle out a few inches in case he has to grab it quickly. 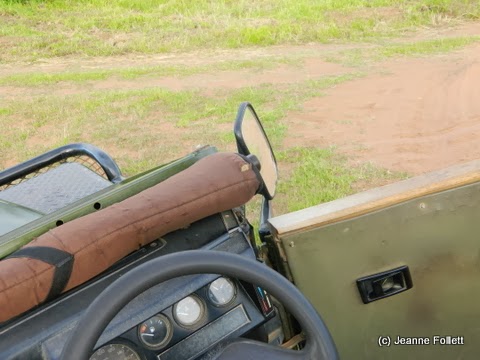 With all of us still seated in the vehicle, Francis changes the low tire.  We keep our eyes fastened on the tall grass in front of us.  Just as he finishes with the tire, another safari vehicle approaches.   The lions, the guide says, are straight ahead on this road.

And up the road we go.  We can see safari vehicles stopped ahead, so Francis pulls to a stop a ways back.   To prevent disturbing the animals, no more than two safari vehicles are allowed to stop near them at a time.  One vehicle leaves, and we pull up.

Through dense brush, we can see a male lion walking, with a female behind him.   Francis pulls ahead a few feet, and we can see the head of the female, now lying down. 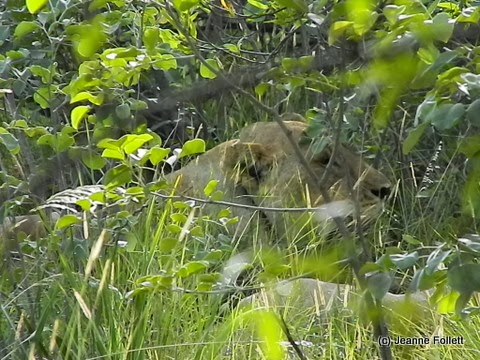 In the photograph, a collar can be seen on the lioness.   Brian explains that to keep lions in a private reserve, there must be a way of quickly tracking them should they escape.  Thus the collars with tracking devices.  We were to learn much more about the lions during our stay at Mabula Game Reserve.

For now, it is back to the lodge and breakfast.   Then, free time until our late afternoon safari drive.