(Gullible's Note: I'm home from Maui, safe and as sound as could be expected. I held off posting the first of three chapters of this next story until I was off the island, in order to distance myself from the wrath of Madame Pele, the Hawai'ian goddess of fire who lives in a volcano.

On the flight home, I read Rick Carroll's "Madame Pele, True Encounters with Hawai'i's Fire Goddess." As it is my custom to respect the religious/historical/legendary beliefs of others--whether I, myself, believe them or not--I now find myself reluctant to post the following chapter.

It is not my intent to disrespect Madame Pele or the Hawai'an peoples, by including a fictionalized dialogue to go with the numerous photos to follow. It was done only to avoid these three chapters from seeming to be a travelogue, to add some written interest. My hesitation to post comes from some strange things that already are occurring at this blog. I am completely and totally unable to make any changes to this or any other story already posted. Additionally, the text italicizes or bold-faces itself, without regard to what I want. Perhaps Madame Pele's powers reach father than I think.)

Please be seated and get comfortable. I have a very special surprise for you. Today’s lecture will not be a lecture at all. Rather, we are honored by the presence of Master Decorator Madame Pele (PAY-lee), who will present a photographic exhibit of one of her most famous works, the Haleakala volcano on the island of Maui.

I will make this introduction brief in order to move right to Madame Pele’s presentation. There is much biographical information online, so I will say only that Pele is a demi-god who immigrated by canoe to Hawai’i, where she thrust her digging stick into the ground, thereby creating volcanoes, and the subsequent volcanic activity created the islands of our 50th state.

She currently resides on the Big Island in the Kilauea (KILL-aw-AYE-ah) caldera. She has, in the past 25 years or so, added more than 70 acres of new land to that island by means of her lava flows. I urge you students to listen to Pele with great respect, as she is a master decorator. And, please, do not be intimidated by her wild hair and fiery eyes, for those are but a measure of her talent.

Please pay attention. Madame Pele suffers from a chronically inflamed throat. Thus, she will take no questions after her presentation. Similarly, she will provide little in the way of narration.
However, I will be giving a quiz after her completion. Also, there will be an intermission or two to allow you to absorb what you are about to see.

And now, it is with great pleasure that I present the incredible Master Decorator, Madame Pele.

(An old woman, dressed all in white and stooped with age, enters the lecture hall from the alcove at the left. With her is a small dog. Slowly, painfully, she makes her way to the lectern. Then she nods to the projectionist and the large screen to her side lights up with a photograph of black lava. Gasps are heard from around the lecture hall, but are silenced quickly by a glance from Madame Pele. An indecipherable smile passes briefly on her lips.) 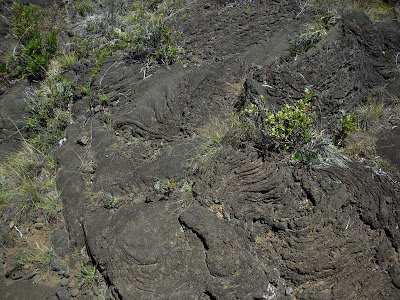 "My raw material," she says in a raspy, breathy voice. It is almost painful to listen to the tortured voice. It is as if her vocal cords refuse to move, her larynx too damaged to form the sounds. 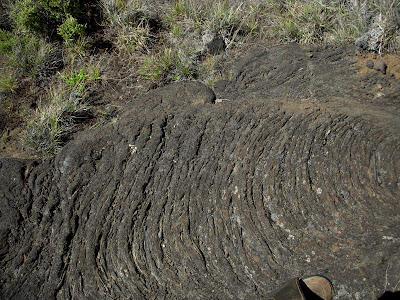 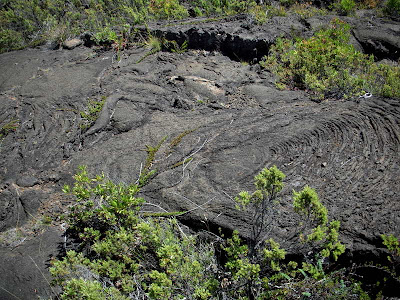 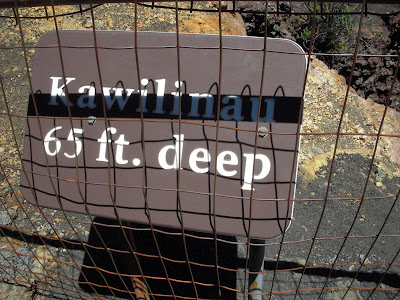 "I left this hole intentionally. I do wish your kind would stop losing their hats to it, however," she says. 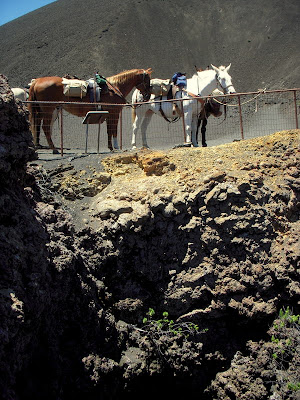 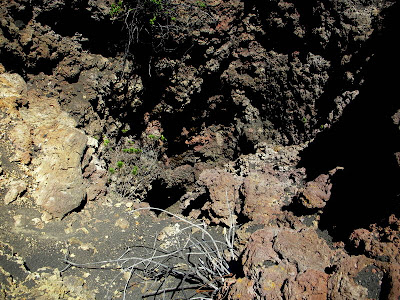 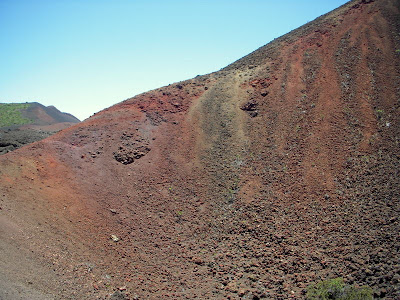 "This is where I mix my colors, my palette. Your kind call this my 'Paint Pot.' " The students slide imperceptably down in their seats. While there was no hint in her voice, the students feel the demi-god is making a statement about the whims of mere humans. 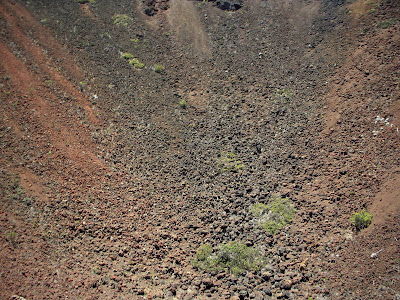 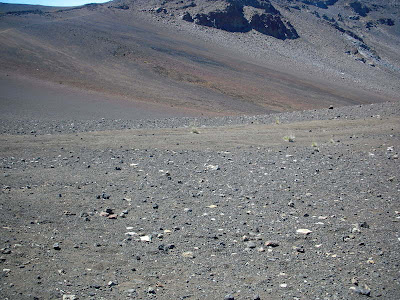 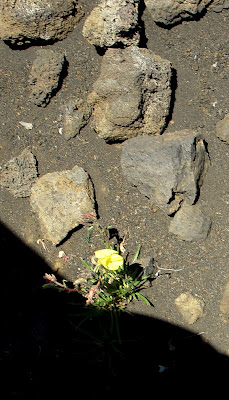 "Rocks for harsh contour and dimension." 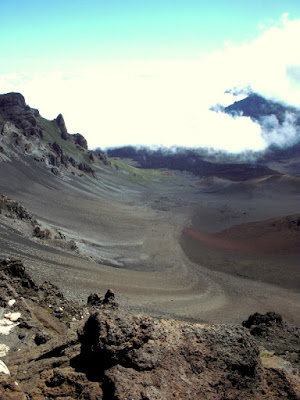 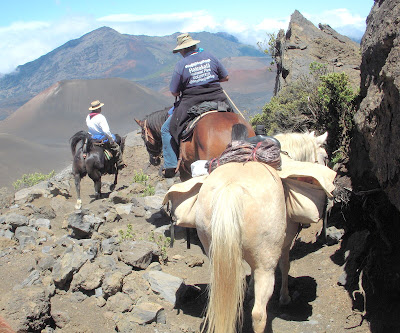 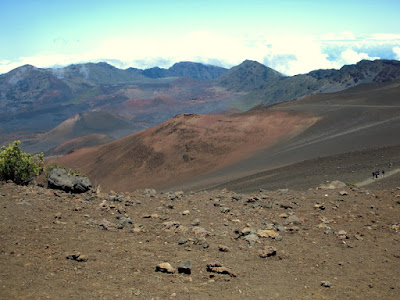 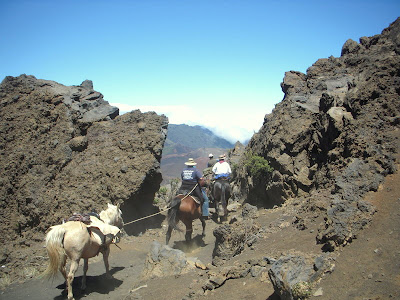 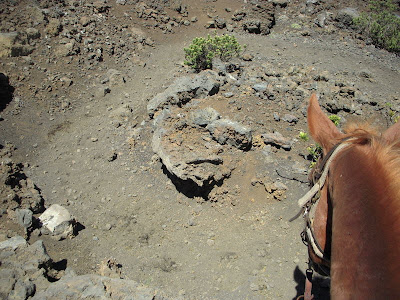 Just before the break, a gasp is heard from a dark-skinned young man in the eighth row. "I know her!," he whispers. "Now I recognize her!"

The old crone looks up at the student. An indecipherable smile is on her lips as she walks away from the lectern for the intermission break.

(to be continued)
Posted by Gullible at 2:48 PM