Item One: What goes around, comes around.

I had a $72 ticket to accompany my friend Patti to The Lion King Sept. 29. Then the post office intervened. Erin wanted me to sub for her on the 28th, and do the to Hope to Cooper Landing postal route.

Curtis asked me to sub for him on the 30th for the Seward to route, which involved two round-trip drives to Seward at 70 miles each. First, though, I needed to be trained on his route. Tuesday the 29th was the only day I had. 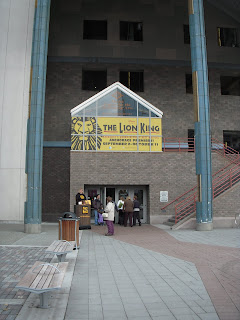 I called Patti and gave her the sad news. There was no way I could make the 200 mile round trip into Anchorage Tuesday evening for the stage performance, not after 140 miles earlier, and 140 miles the next morning, not with my energy still attempting a recovery from the cold I’d brought home from Russia as a souvenir. I asked her to see if she knew anyone who could use the ticket. 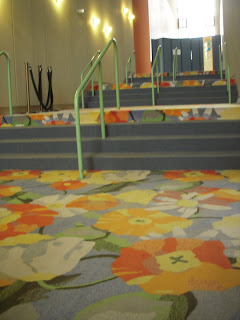 The very next day, my next door neighbor called with a ticket for the Sunday matinee performance. And, it was worth every second of it. The puppet/costumes/masks were exquisite. My favorite was the warthog. 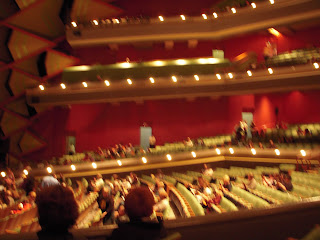 Inside the theater, before the cameras were prohibited. Yes, it filled up. Don't enlarge this one. It's blurry. Do the next one. 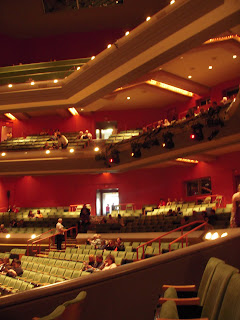 The rest of the theater. 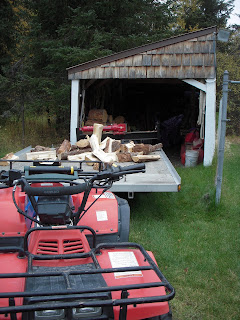 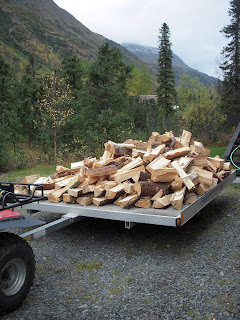 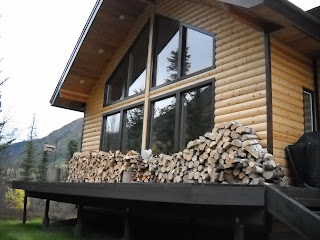 … a deck full of split spruce and birch firewood before the snow falls.

I spent several hours outside today doing pre-winter chores. I emptied flower pots, stored the deck furniture, rolled up hoses, cleaned up the slash from splitting firewood, and in general got the exterior ready for snow and snow-plowing. Just as I finished and was walking back to the house, rain drops started falling. Down-valley was a very dark rain storm inching its way closer. 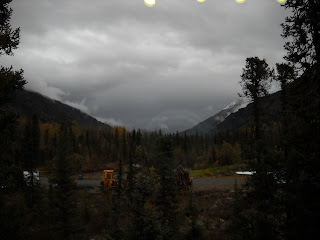 Item Four: Everything in its time

The outside of the house may be ready for winter, but the inside is another story. One of my late husband’s favorite sayings was, “I’m so far behind, I think I’m in the lead.” Proof positive of my position: 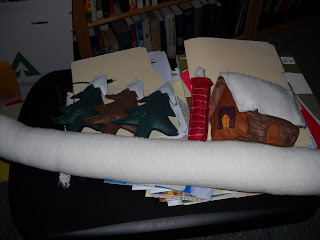 That’s a draft stopper, one of the four I set in the tracks of sliding windows to stop the cold from coming in. This one’s been on this table since last spring, waiting for me to put it in storage with the other three.

Underneath it? Some 2008 files that I started, and never finished, purging from the filing cabinet. I made it as far as “D.”


Item Five: Spying on the neighbors

This is the view from my living room windows. 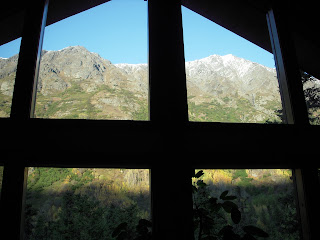 Here’s a closer view of those funny white spots that aren’t snow. 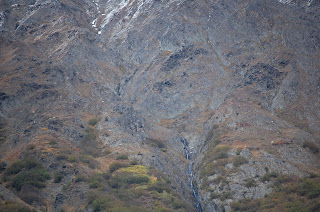 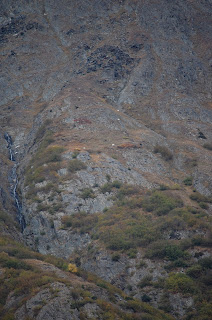 Click on the photos to enlarge to full screen. Then you can count then. 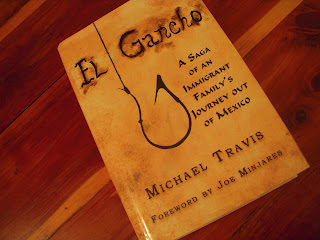 Great book to curl up with in front of the fireplace. Written by an Alaskan whose great-grandfather bragged of his exploits in and the . The writing’s pretty good, and the story even better. Some fact, some fiction—the writer leaves you to decide which. On the whole, a great description of Mexican life back in the days of Pancho Villa. This book was self-published and might be hard to find. 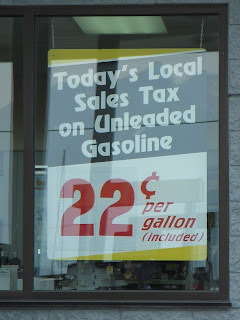 …thou dost protest too much.


Item Eight: For the military buff: 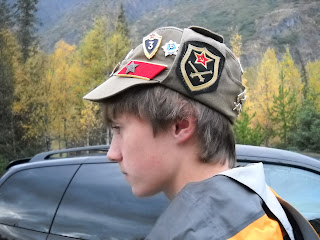 My neighbor Miles, the military buff, with the Russian military cap I brought back to him. Miles just helped his Seward High School team place second in the state cross-country championships.


Item Nine: Against All Odds

How can you get anything done in this mess? 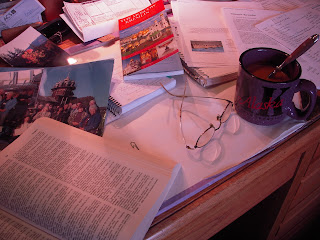 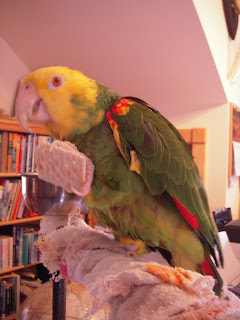