The Russian Journals, Part Fourteen, Castles in the Air

Did you ever, when you were a kid, daydream of castles with turrets and bell towers with narrow, circular stairways? 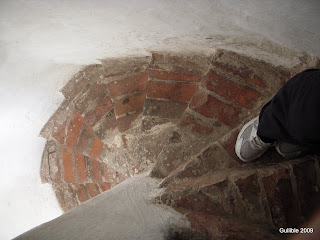 Did you ever, when you watched Charles Laughton in the Hunchback of Notre Dame, lose track of the story because you were enthralled with the bell tower? 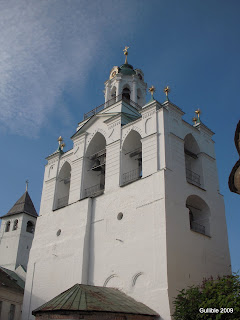 Did you have a certain place where you played, a place that became anything you wanted?
Maybe a castle attacked by barbarians one day, a stagecoach pursued by bandits another day, or a three masted ship sailing with Columbus on yet another.
I did. To all of the above. My place was the big birch tree up the road in Judy’s yard.

My most persistent daydream, though, was climbing a narrow circular staircase.. 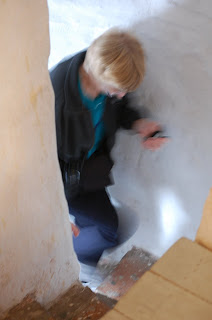 ...reaching higher and higher until the massive timbers that held the huge brass bells were just overhead. 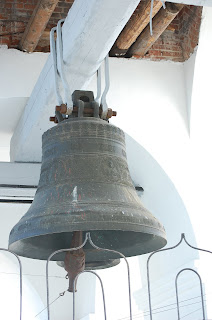 Then, a hidden doorway in a dark corner, and yet another stairway winding upwards… 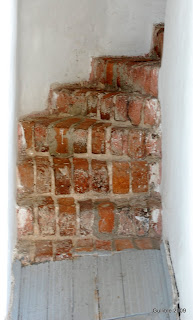 ...finally breaking out on a pitched roof where I could see my entire empire. 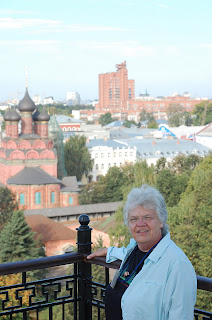 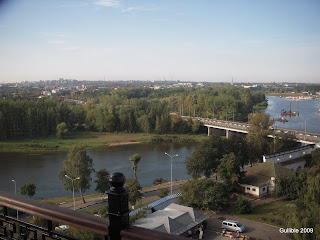 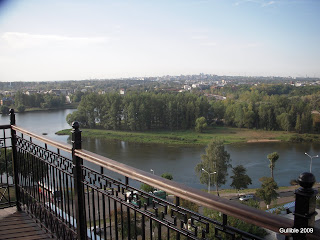 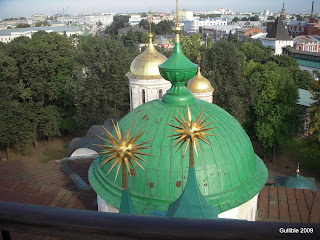 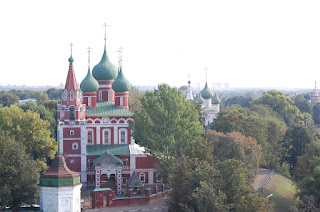 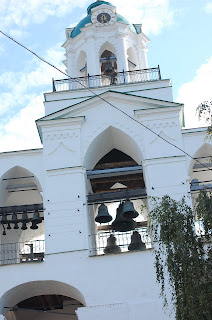 (All photos taken at Tranfiguration of the Savior Monastery, founded during the latter half of the 12th century, in Yaroslavl, Russia. The belltower is from the 16th century.)
Posted by Gullible at 4:17 PM