Out with the crows, in with the bush plane that landed in Halibut Cove today. I had to get those crows off front and center. Not only had they hexed that Sturm and Drang post, but this whole blog as well! No sooner had I opened it today than three windows appeared, all with this blog.

Then my netbook froze solid. 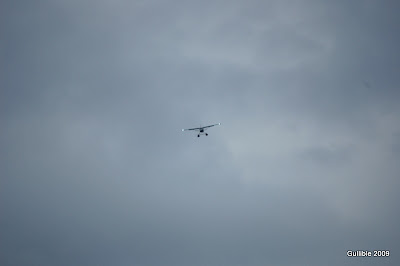 I cringed as I watched the throes it went through trying to close. 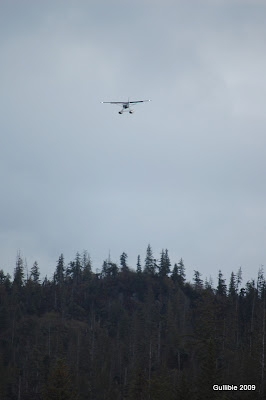 So, when a small plane circled for a landing, I grabbed the camera and went out to the front deck. 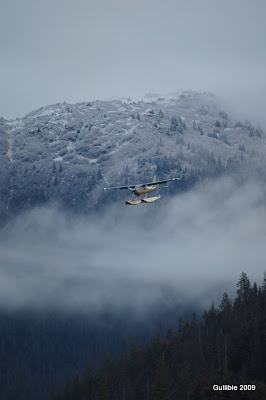 New snow on the mountains in the background, small plane on floats in the foreground, beautiful shot. 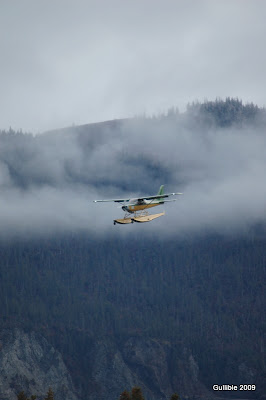 Down, down, down. There are six times as many pilots in Alaska (one in seventy-eight residents) as in the rest of the U.S., and fourteen to sixteen times as many small planes. 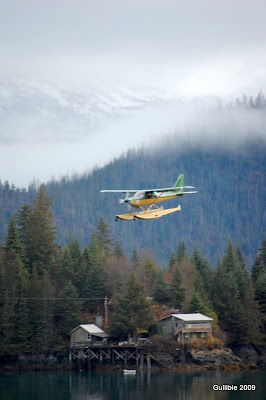 So, I'm posting all seven of these shots in large format, hoping to drive the crows off front and center, even though I was able to get all but one of the crow pix to enlarge. 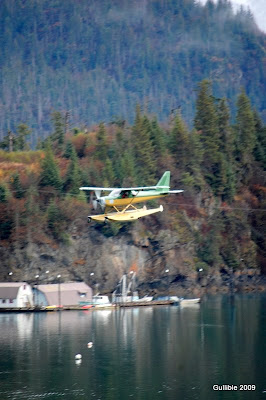 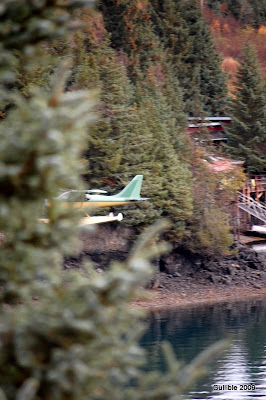 Through the narrows she goes and out of sight--just like the crows, I hope.
Posted by Gullible at 2:35 PM