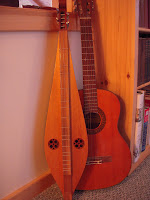 Several weeks ago my friend Beth Westmark went away, taking her Switched at Birth blog with her. She intimated, in an e-mail sent to cyber-friends, that she had decided to “get serious” about her writing and needed to devote her time to that in the hope that a book would be born.


With a saddened heart I removed the link to her blog from my own site. I sent her a message promising that if she didn’t come to on her book tour, I would drive to her home in northwestern for an autographed copy. And then, she came back. Her blog is up and running, she visits my site and leaves forensic traces in the form of comments. She visits other places where we writer-wannabes linger.


As is my custom, I checked into my blog first thing this morning to see who’d left a comment, then went down the list of links to other blogs to see who’d updated theirs. Beth had a new one, and I went there.

She wrote of watching another episode of Ken Burn’s National Park series on PBS, and she and her husband talking about a road trip. “Wait,” I thought. “I could meet you somewhere along the line.” As with thousands of others who have been watching the program, I have been considering a road trip to all the National Parks, too.

Then she wrote of playing the piano before retiring for the night. Because she knows how to do such esoteric, technical stuff, she included a video. She set her recording device on the piano bench next to her, and all that were visible were a few keys on which her fingers occasionally alit, and a small reflection in the shiny ebony of the piano itself.

I clicked on the play button, and my slower-than-evolution DSL service sent the soft, sweet notes of a John Denver song a few notes at a time, drawing out the almost seven minutes of recording to more like fifteen. Usually this is disconcerting and annoying, but this time it gave me time to think, to remember my forays into the world of musical instruments. It also brought back a primal yearning, the desire to be able to express myself in music. Sometimes that yearning is so deep and emphatic, it feels akin to loss and grief.

The accordion came first. My mother had rented it for my younger brother to learn to play, along with a study-at-home course. My brother preferred to play outdoors. I conquered it in less than a week, the music I played sounding pretty good to my untrained ears. I reached the point where I could go no further with the small beginner’s accordion, and my mother wasn’t the least bit interested in purchasing a full-sized accordion for me. Neither was my brother interested, so that ended that. In retrospect, I wonder now if that’s where the seeds of my disdain for accordion music were sown.

I fumbled my way through more instruments, the annoying toots of a wooden recorder, a gut-stringed acoustic folk guitar, and finally, somewhat in despair, a lovely teardrop- shaped mountain dulcimer. The dulcimer, I’d heard, was an easy instrument to play.

Not for me, and I finally invented my own method, a cross between the finger-picking of folk guitar and the strumming taught in the how-to-play-the-dulcimer books. During my guitar years, I drove two hundred miles once a week to study folk guitar and music theory at the University in .

Finally, I realized a truth. I had no natural musical ability, the ability I needed to go beyond what I could glean from basic how-to books, the ability that would allow my expressions to soar, to bring tears to eyes the way Beth’s stop-and-go piano music did to mine this morning. I played Spider Solitaire during her concert, sometimes barely able to see the cards through my tears.

When her mini-recital finished down-loading, a small window offered the opportunity to play it again. I did. This time there was no downloading pause between notes and measures. This time the whole song played smoothly and sweetly, Beth’s fingers occasionally in view as she lightly touched the ivory keys. She attributed her love for music to her sister, saying it was gift from her sibling. It’s the gift that keeps on giving, if you ask me. Beth is back, sharing her writing with us, and now her music.

It’s been a while since I’ve felt that yearning. Maybe I’ll see if I can figure out how to get that “easy-to-play” dulcimer in tune. In the meantime, Beth started my day by placing me in an introspective place. I could do anything I chose today, as I have no obligations. I chose to ponder and enjoy Beth’s writing and music.