Stickin' with the Dream 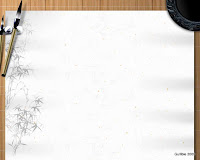 I’ve read a lot of books about writing. I’ve read a lot of stories about neophyte writers and their misadventures in attempting to have their works published.
Most of what I’ve read and heard about tells the same story again and again: the unsolicited manuscript hits what’s known in the trade as the “slush pile,” which means pretty much what you’d expect it to mean. It’s the place where all the unsolicited stuff from unknowns goes when an over-worked editor has no more room on his desk, or inclination to read yet another groaner. The lucky get a real rejection notice.
Every once in a while, a Stephen King-like story emerges. Refused over and over again, reject after reject stuck on the nail above his desk, and then….. "Carrie” happened, and I doubt anyone ever rejected King again.
Attend a writer’s conference and you’ll hear about the other stuff that happens after your manuscript is accepted. The author has no say in the book’s cover design, and little else to say if the publisher decides changes need to be made. There are stories of book signing tours where no one shows up, and other nightmares I don’t care to visit here.
But today I heard a different story. This one was about a woman whose first novel bombed, but she kept writing and writing and writing. Those Hollywood types came looking to buy the screen rights, but she turned them down again and again. She had a specific requirement, and they couldn't meet it.
Enter Dana Stabenow, born, raised, and educated in Alaska. I suggest you go to this site and read her (short) autobiography. It alone could be a best seller:
http://www.stabenow.com/about-dana
Dana’s second novel won an Edgar Award. The novel was the first in was is now a 16-book Kate Shugak series. Dana's stand alone mystery based on the U.S. Coast Guard hit the NY Times best seller list after its publication a couple years ago.
Today, Dana announced the dream had come true. She sold the rights to a television series based on her Kate Shugak novels. Kate is a 30-ish, edgy, very independent Alaskan Native who is a private investigator.
Dana plans to be very involved in the productions. She has been courted for years by Hollywood agents, always turning them down because they would not commit to her primary stipulation: they must film in Alaska. No town in central Washington pretending to be typical Alaska was acceptable, despite the costs of filming here.
Right here. Home. Where the stories take place. And to whom did she sell the rights? An Anchorage company called Evergreen Films that already does substantial filming here.
Good for you, Dana. Kudos.
Posted by Gullible at 8:14 PM